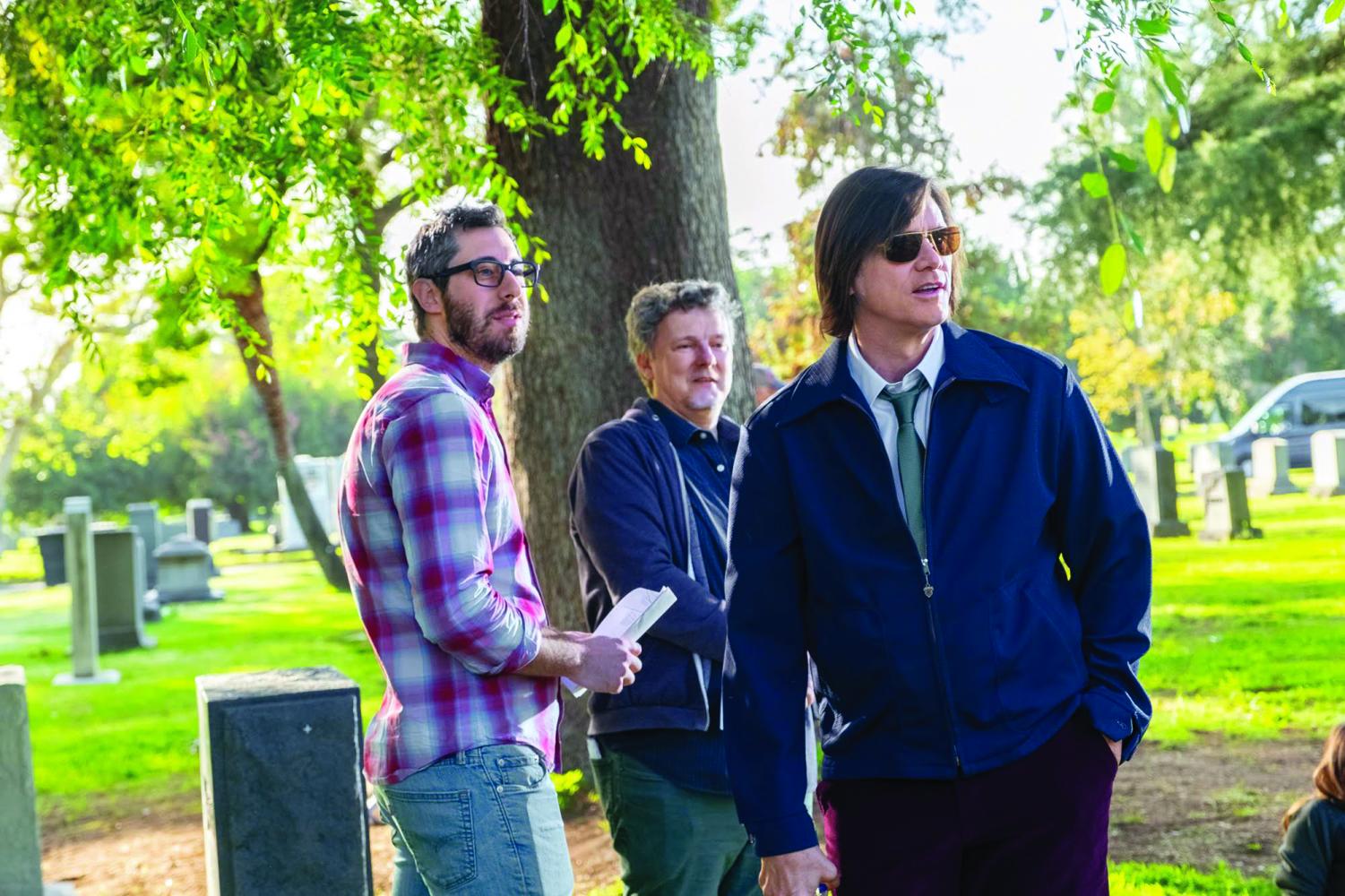 Dave Holstein is no stranger to rejection. Though he continuously wrote plays from his dorm room during his time at Northwestern, it wasn’t always easy getting theater boards to accept and produce his work.

Now a showrunner and writer at Showtime, Holstein still keeps that creative drive in his work. After years of pitching his show, “Kidding” premiered on Showtime in September, starring Jim Carrey.

“This is a script I’ve had in my drawer for eight years and I never gave up on it and I got it produced,” Holstein said. “My experience at Northwestern had a big part in that.”

“Kidding” follows Mr. Pickles, a Mr. Rogers-esque character who is the embodiment of light and optimism and an icon in children’s television. Armed with colorful puppets, Mr. Pickles — played by Carrey — teaches life lessons to America’s youth on his long-running television show, “Mr. Pickles’ Puppet Time.” However, unbeknownst to his loyal viewers, Mr. Pickles grapples with his life off-camera as he struggles with the loss of one of his sons and his flailing family life.

At its core, Holstein said the show is about a kind man in a cruel world. “Kidding” was Holstein’s passion project for a number of years. He began the script in 2010, but it wasn’t until 2013 that he completed his first draft.

Holstein described “Kidding” as a dramedy which strikes a balance of light-heartedness and humor with darker themes. In creating a show that can “visually go off the rails,” Holstein stressed the importance of grounding the show in the emotional story of someone trying to win his family back and be the best version of himself.

Episodes in “Kidding” don’t follow any kind of formula, Holstein said. While some — the pilot included — may be considered darker or bleak, others are more hopeful and funny.

“You’re creating this whole balance of tone and comedy and drama and pathos that is unique but it’s not too much one or the other,” Holstein said. “It’s a constant balancing act.”

Carrey was always in Holstein’s mind for the show’s lead role. While Holstein considered alternates, it didn’t take long for him to realize “Kidding” was tailor-written for Carrey and couldn’t be produced without him.

Not only could he expertly navigate both the comedic and dramatic aspects of the show, Carrey also brought with him a certain sense of nostalgia.

“To me he represents a big part of my childhood,” Holstein said. “In telling a story about the rocks that life throws at you, it felt like you needed someone who had a previous relationship with everyone else’s childhood.”

“Some days we’d do more dramatic scenes that remind you of him in ‘Eternal Sunshine’ or ‘The Truman Show’ and then some days we would just put on a song and dance with puppets,” Holstein said. “There are few actors that are so game for all of that.”

Holstein also enlisted the help of fellow Communication alum Alan Schmuckler (Communication ’05) who came on board to write songs, music and additional lyrics for the show. The two previously worked together as writers for the Waa-Mu show, and stayed in touch as friends and collaborators post-graduation.

Schmuckler read early drafts of “Kidding,” and was immediately drawn to its intriguing characters and distinct tone.

“As a music and lyrics writer, I’m always drawn to moments of great emotion,” he said. “If the emotion is big enough, then it sings and that’s when I get to do my thing.”

Communication Prof. Cindy Gold — who taught Holstein in his undergrad years — first heard of “Kidding” from social media and got hooked after watching its pilot. She called the show “not typical television” and praised the combination of Schmuckler’s nuanced music and Holstein’s unique writing style.

Even while at NU, Gold said Holstein had an understanding of people far beyond his years. In his classes, Holstein was always interested in the political and social climate of the world, which he then infused into his creative work.

While he didn’t set out to write about Trump’s America, Holstein believes it’s no coincidence “Kidding” got picked up when it did.

“Right now you turn on television and it’s a bunch of liars and cynics and bullies and people insulting each other and it just kind of reminded me of the absence of the other voice in the conversation, of someone who is just kind and good,” Holstein said. “To me, there was a sort of need in this day and age to put a character who is kind through the gauntlet of surviving in a world that is increasing dark and horrible.”

Schmuckler echoed this, and said, while the tone can be dark, there’s a deep kernel of optimism that carries the show. Mr. Pickles’s relentless optimism in the face of misfortune is a story he hopes moves people.

“This show is for anyone who thinks the world can be better and who is frustrated that it isn’t,” Schmuckler said. “What I hope they take away from it is that the fight is worth it… the fight can be funny and the fight can be sad (but) it’s deeply meaningful and is worth fighting for.”