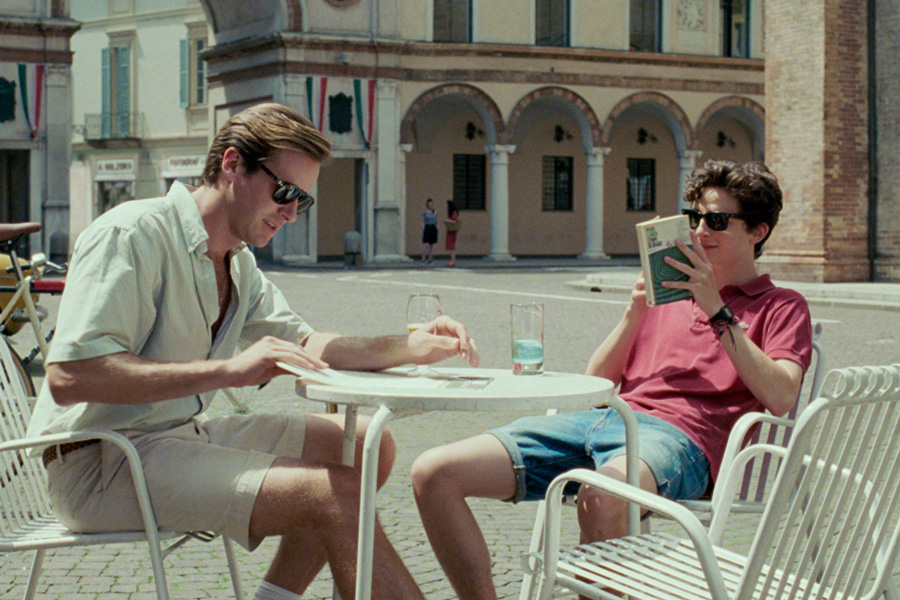 Off Script: The queer environmentalism of ‘Call Me By Your Name’

I finally got around to seeing “Call Me by Your Name” a couple weeks ago. It was the first time in a while that I really felt something while watching a movie. Since then, I’ve watched it two more times — I even shelled out $15 to buy it on iTunes, which I never do — and I just can’t seem to stop thinking about it. I wouldn’t consider myself a film buff, and I’m not usually one to devote myself so wholly to movies. So why am I so obsessed with this one?

It’s a genuinely good movie: visually stunning, beautiful soundtrack and great writing and acting. But there are plenty of other good movies. What makes “Call Me by Your Name” so special to me is how unique its story is. It speaks volumes to my identity not only as a queer person, but also as an environmentalist.

It may seem a little out of left field to characterize this movie as a work of queer environmentalism (also known as queer ecology). The concept is about more than just identifying non-human homosexual behavior in the animal kingdom. Alex Johnson, in an essay for Orion Magazine, describes it as “enabling humans to imagine an infinite number of possible Natures.” Instead of calling queer behavior “against nature,” Johnson says we should begin to see it as part of nature.

In “Call Me by Your Name,” there aren’t any bulldozers threatening to destroy treasured forests, droughts affecting crop yields or companies dumping toxic waste haphazardly near homes. Elio and Oliver, the teenager and doctoral student whose courtship the movie follows, aren’t hugging trees or engaged in legal battles to protect wetlands. But there was something about their relationship, and its connection to nature, that intrigued me when I first watched it.

One of the opening titles of “Call Me by Your Name” reads “Somewhere in northern Italy.” Where this story takes place specifically, we never truly find out. Initially, I was a little irked by this ambiguity; I thought not including the name of a real place disconnected the film from reality. But, as the movie ended, I realized location didn’t matter. “Somewhere in northern Italy” doesn’t disconnect the film from reality; it disconnects it from society, from any ties to a specific town or municipality. It isolates this place from the arbitrary social and political conventions that are normally superimposed on us in real life. All that’s left is a house, a town and the nature that surrounds it.

Nature doesn’t just surround the setting of “Call Me by Your Name” — nature is the setting. There is perhaps more green in the shots of this movie than in any movie I’ve seen that isn’t an environmental documentary. Nature appears so often that it almost becomes a character itself, weaving in and out of the human love story. At a point, the boundary between nature and human blurs — and eventually fades.

Elio and Oliver aren’t out camping every night or hiking through the backwoods. But nature is present in some of the most pivotal (and some of the queerest) scenes in the movie. Their first kiss — at the spring Elio calls his “spot” — is enveloped by nature. The two have left town, where Oliver (referring to queerness) said they “can’t talk about those kinds of things,” and sought respite in the isolated spring. Once both of them stepped into the water, it seemed like they were truly alone in the grandest sense of the word. There, they could exist without consequence. Their kiss feels so natural and in place in this setting; there’s nothing scandalous about it. Several scenes later, their first night together is unaccompanied by any romantic music; the only soundtrack is the chirping of crickets and the wind rustling through the trees outside. The first thing they do early the next morning is swim.

Nature is omnipresent, beckoning Elio and Oliver to live in it, to discover themselves, to be human. Elio’s father says it best at the end of the film: “When you least expect it, nature has cunning ways of finding our weakest spot.”

Many movies dealing with queer relationships seem to paint them as forbidden love, as two people battling society to be with each other. There’s not much of that here, because society is perhaps more irrelevant in this movie than in any other. Elio’s family’s house is like its own little world where life is slowed down. They eat fresh fruit from their orchards, cook fish from the river and spend most of their time outside. There’s not much concern for what’s happening beyond this idyllic place.

I wondered if these scenes of environmental isolation were a form of escapism. In a sense, they are, but it’s what the characters escape to that makes “Call Me by Your Name” a subversive queer work. By being in nature, they are free from judgment and can focus on being human. As a result, queerness is depicted as part of nature.

And so, “Call Me by Your Name” becomes more than just a love story. It becomes a radical depiction of queer people as exquisitely natural. Other LGBTQ movies have engaged in a similar style of storytelling, namely “Brokeback Mountain,” which highlighted an almost carnal version of queer love in nature. “Call Me by Your Name” brings that idea into the relatively more complex modern world, where consumer culture is so ingrained in the characters’ psyches. In a sense, it implies that we can live both sustainably and richly. It’s off the beaten path but not uncivilized — it is supremely paradisiacal. It seems to say: Live simply, and love greatly.

I tend to make everything about the environment because I see the environment in everything. I see everything humans do as having some kind of derivation from or effect on nature. And “Call Me by Your Name” has made me realize that nature is where queer people exist most visibly, radically and unapologetically.

Alex Schwartz is a Medill sophomore. He can be contacted at [email protected]. If you would like to respond publicly to this op-ed, send a Letter to the Editor to [email protected]. The views expressed in this piece do not necessarily reflect the views of all staff members of The Daily Northwestern.