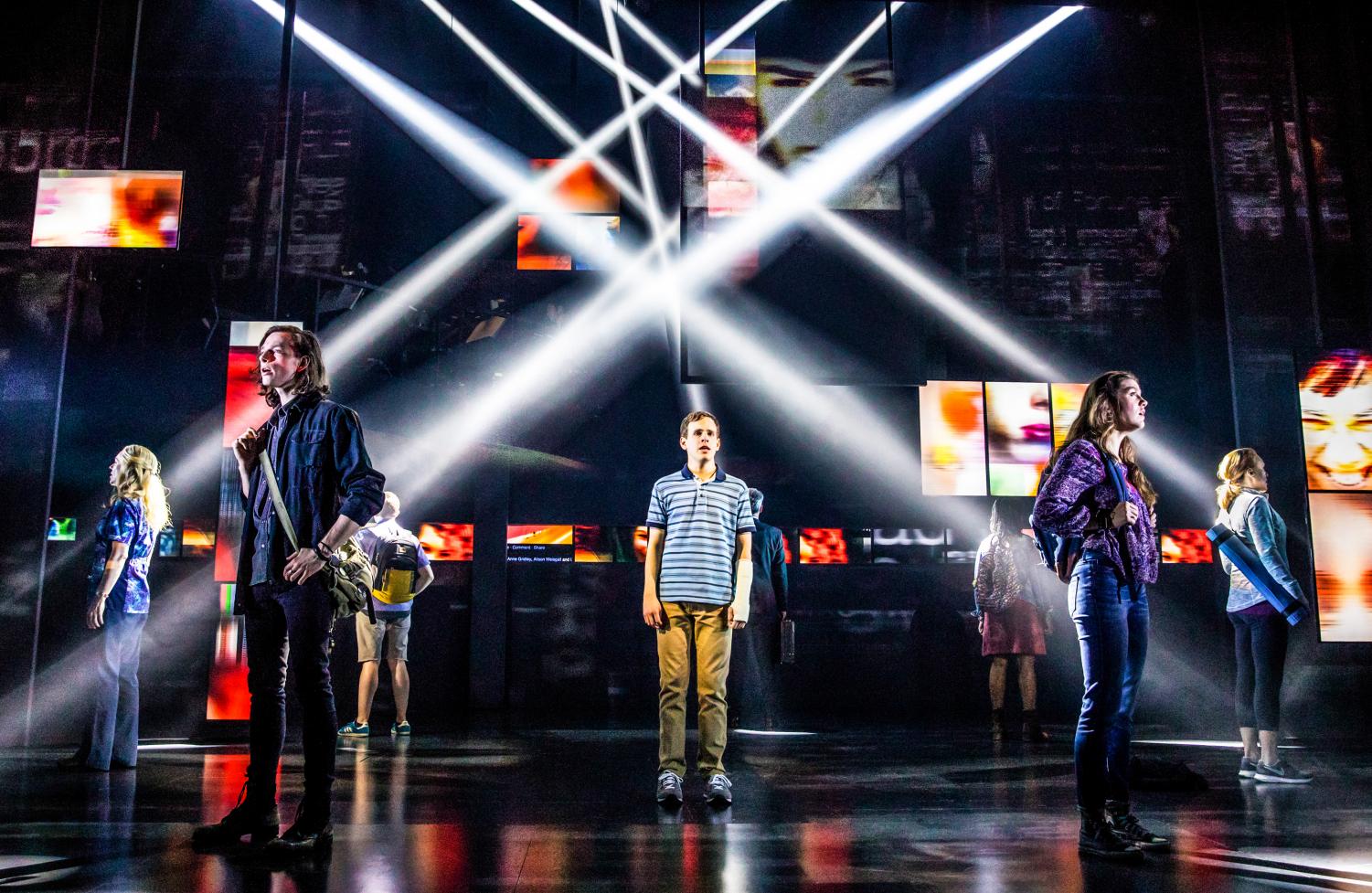 The current Broadway cast of “Dear Evan Hansen.” Director Michael Greif, who also worked on “Rent,” spoke to The Daily about his long career in the New York theater scene. (Source: Matthew Murphy)

The current Broadway cast of “Dear Evan Hansen.” Director Michael Greif, who also worked on “Rent,” spoke to The Daily about his long career in the New York theater scene.

Although Michael Greif (Communication ’81) may not be a household name for those who aren’t die-hard theater fans, many of the shows he’s directed have gone on to be some of the most iconic musicals in the history of Broadway, such as “Rent,” “Next to Normal” and, most recently, “Dear Evan Hansen” and “War Paint.” The four-time Tony Award nominee and Northwestern alumnus stopped to discuss his career journey with The Daily. The responses have been edited for clarity.

Michael Greif: I started out as a theater major. I became a double major in theater in what was then called oral interpretation and is now called performance studies. When I was a freshman, I was selected to be part of an oral interpretation performance group which was called The Company. I met some lifelong friends who were part of that performance company, and I feel like the aesthetic of that group and also of the interpretation department in general really influenced how I see theater and how I make theater and how I direct plays and musicals, so it was very formative.

When I became a junior, I had the opportunity to direct in student-directed productions, and that’s when I began to feel most at home. I directed a production of “Rosencrantz and Guildenstern (Are Dead)” when I was in the first term of my senior year that sort of felt like, “Oh, I could imagine wanting to do this for the rest of my life.”

The Daily: What would you say your directorial aesthetic is?

Greif: It was a real tribal approach. It was extremely collaborative, and it was a lot about communal storytelling, like much of the work of the oral interpretation department at that time. It extended to all kinds of literature — not only dramatic literature but it was the adaptation of non-fiction and fiction to the stage.

The Daily: Does your directorial approach differ when you’re working on musicals rather than plays?

Greif: The way in which I approach plays and musicals are very similar, it’s really just about understanding the tone that the writers are trying to achieve and finding a way of being a link between what the writers and composers are trying to communicate and what an audience gets to understand and fully experience. Musicals are wonderful because directors get to share a lot of responsibility with music directors and choreographers and scheduling is somewhat different, but I feel like the way in which I approach a Shakespeare play at the Delacorte and the way I approach a new musical are very similar just in terms of trying to clarify storytelling, making the story streamlined and as interesting as possible and making the characters as fully realized and fully flawed as humans really are.

The Daily: What was the process of developing “Rent” to the point where it eventually would be on Broadway?

Greif: Much of the aesthetic of the Broadway production was influenced by the workshop we did in 1994, and also the very modest budget we had in 1995 in preparing for production. A lot of that modesty certainly expressed beautifully a lot of the themes of the play itself about making something out of nothing, about the powers of transformation and imagination. It seemed very right that the presentation of the musical even in its fully realized form would be very theatrical and very abstract in its presentation and feel very much like a concert as well as a musical.

The other very unique thing about “Rent,” of course, was Jonathan (Larson)’s death. No other experience has been like that because while we were celebrating our move to Broadway, we were also mourning Jonathan’s absence and the terrible irony of Jonathan not being able to share in the celebration and joy of the musical reaching a much wider audience.

Greif: You know, something very wonderful happens as you get older and you begin to identify with different kinds of characters. When I first directed “Rent,” I identified very much with those young people who were looking for meaning within their lives or mourning the untimely deaths of loved ones in their lives. By the time I did “Next to Normal,” I was a parent and I really understood what the parents were going through in that musical, and while I remembered and cherished those young people in that musical, I found myself identifying much more with the parental generation. And certainly when I began to work on “Dear Evan Hansen,” I sort of adopted and was given the role of “he who understands what the grown ups might be thinking.”

The Daily: Have you had any particularly moving experiences when fans have reached out to you and told you that your show really inspired them?

Greif: I will say that the one thing that is deeply moving to me is hearing from contemporary composers and playwrights what effect “Rent” has had on them. People who I currently collaborate with and whose work I admire enormously — like Benj Pasek and Justin Paul and Lin-Manuel Miranda — have all at different times said to me and shared with me what “Rent” meant to them. That’s been tremendously, tremendously moving and meaningful to me, and sometimes young directors will recognize me and tell me that I’ve been inspirational to them or I’ve shown them a different way of telling stories. I certainly continue to hope that my work continues to inspire and interest young artists.