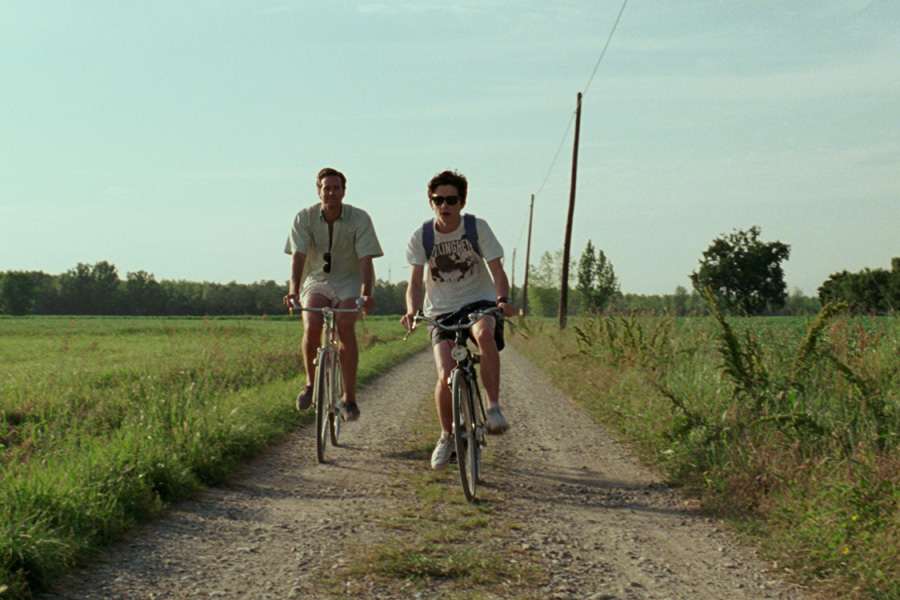 Peter Spears, a producer on ‘Call Me By Your Name,’ reflects on film’s universal impact

Ten years ago, Peter Spears (Weinberg ’88) was immediately captivated by the advanced copy of André Aciman’s book, “Call Me By Your Name.” He liked the relatable portrayal of first love. He liked the poignant internal dialogue. He liked the emphasis on memory and nostalgia.

As a gay young adult at the time of the book’s setting, Spears said he was moved by the relatable storytelling. This led him to spearhead the production of the book into a movie, despite having worked in Los Angeles primarily as a writer and actor.

“I was roughly (the same) age at that time period,” he said. “I didn’t grow up in Italy — I grew up in Kansas — but (being) Jewish and gay, there were a lot of things that resonated with me.”

“Call Me By Your Name” is now nominated for four Oscars: best picture, best actor, best adapted screenplay and best original song. The movie, which tells the story of a brief yet intense summer love between two young men in Italy, has been praised for its artistic cinematography and subtle storytelling.

Though it took producers from all over the globe and a decade of waiting to finally release the movie, Spears said he’s glad they took the time to make the movie “just right.”

When he obtained the movie rights for the film, Spears said he felt an obligation to Aciman to capture the book’s spirit, which has enchanted a wide range of readers. The book became an “instant classic” in queer circles, he said, but even those who don’t identify as queer were moved by the story.

Much like in his own experience with the story, Spears added that many people had a personal connection despite their different backgrounds, largely for the universal themes of first love and sexual awakening.

“The ability to so perfectly capture the internal dialogue of the crush of conflicting feelings with first love –– I had just never seen that captured so perfectly,” Spears said.

Spears said while he was originally struggling to find a way to express this internal turmoil and self-exploration without traditional narrative strategies, director Luca Guadagnino suggested using singer-songwriter Sufjan Steven’s music as a form of narration because the “feel” of his songs complimented the movie, Spears said. Stevens, whose music Guadagnino thought complimented the movie, ended up writing two songs for the soundtrack.

Stevens’ music inspired the acting as well, Spears added. In fact, he said, lead actor Timothée Chalamet was actually listening to the song “Visions of Gideon” while filming the iconic final scene, in which his character Elio tears up by the fireplace to the song in the background. Spears said he witnessed how the music organically influenced the performance.

Spears lauded Guadagnino’s ability to stimulate the audience’s senses, perfectly recreating and inviting the audience to engage with “the languidness of a summer’s day where time melts away.” The director also added a personal touch to the movie by using his own furniture, artwork and silverware in the film, he said.

“(Guadagnino) sort of opens his whole life up to the audience and says to the them, ‘This is my life. Now take a moment to take it in and watch what happens,’” Spears said.

Spears said his experience at Northwestern has benefited him professionally throughout his career. From the importance of getting agents to always having 10 monologues ready, he said he learned the business of show business –– something that not many young actors are aware of fresh out of college.

When off-stage in college, Spears was a “dynamic” person with a silly nature, said Dan Seaver (Communication ’88), who was Spears’ roommate and a fellow Sigma Nu fraternity brother. He brought personality to his fraternity with his sense of humor, Seaver added.

Professionally, however, Seaver said Spears has always been a hard worker with a “refined sense of taste.”

“His doggedness, his commitment to creativity, to quality work, to a story that needs to be told has really been what brought him to this place,” he said. “This is years and years and years of work committing to telling a very specific story. … That’s a testament to his character right there.”

Jessica Hughes (Communication ’88), whose history with Spears goes back to their theater days at NU, also said Spears’ tenacious nature helped him achieve his current success. His captivating personality helped him find success as well, demonstrated early on by him charming his way into theater classes as an American culture major, she said.

Hughes said she gets teary eyed thinking about how her friend has helped make a movie that has “changed people’s lives.”

“I sort of obsessively track it on Twitter, and there’s a lot of young gay boys that (say) this movie spoke to them,” she said. “It’s the first movie they’ve had that they can call their own.”

Seavers, too, said it was moving to see Spears produce a movie that depicts characters both he and Spears could relate to as college students around the same time period as the movie’s setting.

Spears said he hopes the massive attention toward the movie helps protect the legacy of both the movie and the book, which is currently on the New York Times best seller list. As “Call Me By Your Name” has reached a wider audience, Spears said he has felt honored by the number of people who have reached out to share their experiences with the story.

“I think (the phrase) ‘over the moon’ was invented for this feeling,” he said. “People are having this very personal experience with it, and that’s such a rare and beautiful thing in life to have a connection with a piece of art … and to have helped shepherded that is immensely moving.”