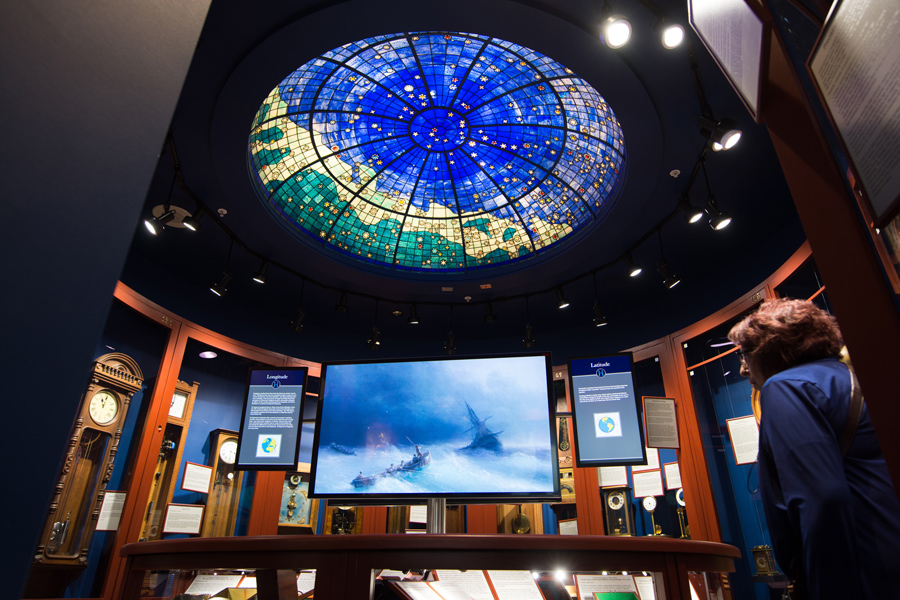 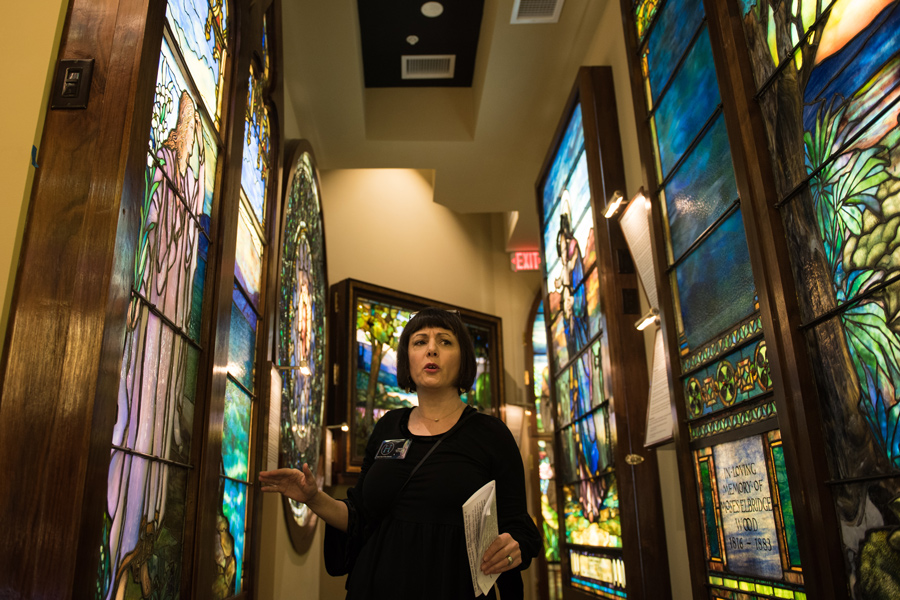 Walking into the Halim Time and Glass Museum is like taking a step back in time through a maze of winding corridors lined with antiques.

The new museum, which sits at 1560 Oak Ave. and opened Sept. 26, is filled with clocks and stained glass windows from all over the world. The pieces come from the private collection of Cameel Halim, a Wilmette-based real estate investor from Egypt who began collecting historical items with his wife, Hoda, more than 20 years ago.

“They started getting interested in clocks and the history of time by travelling and (having) interest in different museums and different places,” said their daughter, Emily Halim-Atia. “The stained glass was also something they stumbled upon.”

The collection includes more than 1,100 clocks from all over the world, and more than 30 painstakingly restored floor-to-ceiling stained glass windows from American and European artists. Halim-Atia said the family believes the private collection is one of the world’s largest and is a unique addition to Evanston.

So far, Halim-Atia said, the community reception has been positive.

“We’ve had a really nice opening,” she said. “It hasn’t been huge crowds yet, but we’ve had a steady stream of visitors. Some people have come … from as far as Ohio.”

In a 2016 New York Times article previewing the museum, Julie Sloan, a stained-glass expert from Massachusetts, said while museums entirely devoted to stained glass are rare, private collections that are open to the public are even rarer.

Halim-Atia said although her family feels strongly about keeping their collection private, they also felt compelled to share it with the community.

The first floor of the museum is devoted to the stained glass windows, which offer glimpses into both the European and American schools of production, said Laurie Didisch, a stained glass researcher at the museum.

“Whereas the European artists painted on their windows, the American masters painted with the glass itself,” Didisch said. “They created new colors of glass … and new textures, like herringbone, which they would use to create the appearance of feathers.”

Many of the windows had to be cleaned and restored — sometimes even reassembled entirely — before being displayed.

Halim-Atia said the family sought out a restoration company to put the windows back together and crafted display cases that are backlit to showcase the vivid colors in the glass.

“The different colors and lights and moods you get — it really changes your outlook on the everyday,” Halim-Atia said.

The second floor of the museum houses the family’s expansive collection of clocks and timepieces, ranging from Egyptian sundials to precise mechanical clocks from the 1900s.

Faith Dukur-Chapleck, a horological historian at the museum, pointed out works commissioned for Napoleon Bonaparte and Catherine the Great in a vast collection of tower clocks, chronometers, automatons and pocket watches.

“You’re never going to find a museum with the breadth and scope of the entire history of time like we have here,” Dukur-Chapleck said. “It’s not just about objects — it’s about history and culture and commerce and economics. (We’ve tried) to weave together that story through our timekeepers.”