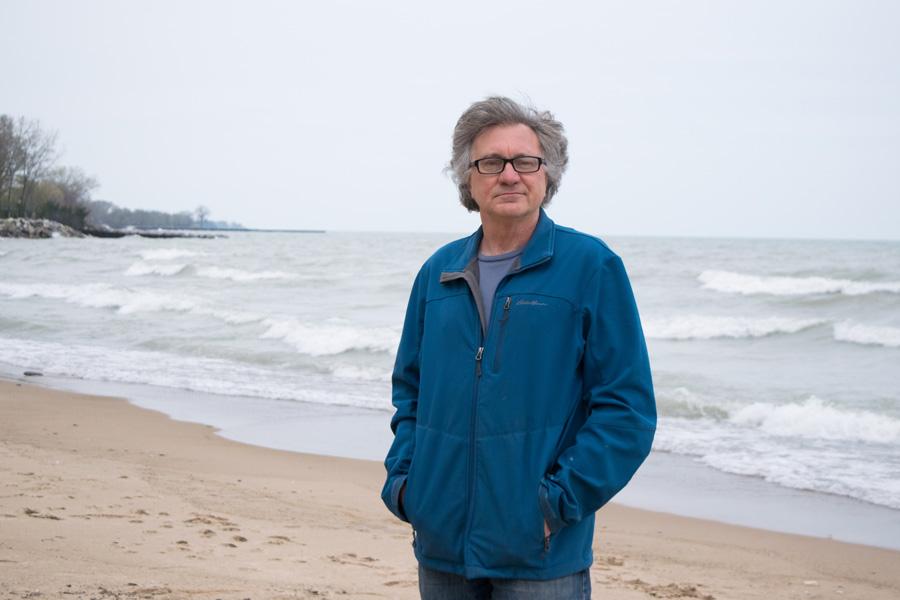 After brief closing, Dave’s Italian Kitchen plans relocation to Noyes Street in May

The eggplant parmesan from Dave’s Italian Kitchen has a special significance in the Ribeiro household. The cheesy dish, which has become a multi-generational legend for the family, has been used to satisfy cravings and convince children to eat their vegetables.

“Evanston has always been known as a food community, but people really like tradition as well,” said resident Liz Ribeiro, a mother of two children raised on Dave’s cuisine. “Dave’s was able to provide that by being a long-standing pillar of the community.”

After 44 years in Evanston, Dave’s briefly closed its doors at 1635 Chicago Ave. on April 11, facing crippling debt and a downturn in business. Monday night, however, owner Dave Glatt announced on Facebook that he would reopen a new smaller version of the restaurant, Dave’s IK, at 815 Noyes St. in late May with additional funding from friends, family and the city.

“Little by little I had more debt issues to face,” Glatt said. “I was behind in rent and there was just no way I could make that up. … There was never a right time to close, but at that point my debtors would have just taken over the place. Basically, I beat them by a week.”

Ald. Judy Fiske (1st), who has eaten regularly at Dave’s for at least 40 years, said when the restaurant initially closed it felt like losing a family member. After hearing the news, she reached out to Glatt and expressed her and other city officials’ desire to keep the restaurant alive.

“Dave’s really represented a wide swath of the community,” Fiske said. “You could go in there and see parents with newborn babies all the way up to 100-year-olds. Everyone was in that restaurant.”

In the days that followed, Paul Zalmezak, an Evanston economic development official, said he, Fiske and Glatt worked in tandem to find a new location and funds for the restaurant. Ultimately, they settled on the significantly smaller, 1,200-square-foot space previously occupied by Arlen’s Chicken and DMK Burger & Fish. Once they had worked out the costs, Glatt needed an additional $30,000 to buy new kitchen equipment and Zalmezak said his office recommended a loan to help him with the opening.

On Wednesday night, the Economic Development Committee recommended the loan to City Council. City officials hope to introduce the loan to the council May 9.

Nevertheless, Zalmezak said the city would have to be cautious in lending Glatt money, after two of its 11 total loans — to Chicago’s Home of Chicken & Waffles and Davis Transportation — recently defaulted, potentially costing taxpayers more than $300,000 in unpaid debt.

Glatt said the real damage began in 2000 when he was forced to move from Dave’s former Church Street location to 1635 Chicago Ave., an expansive basement space about twice the restaurant’s previous size. The city had plans to develop Church Street Plaza — now downtown Evanston’s entertainment and shopping center — so it helped Glatt subsidize the move with nearly $500,000. Outwardly, Glatt said, the business appeared to be thriving. But on the inside, debt began to pile up.

When the Great Recession hit in 2008, Dave’s experienced a dip in weekday patrons, which resulted in significantly less profit. With no savings of his own to cover incidental costs, Glatt said he had an increasingly hard time finding money to support the restaurant.

“It was like standing on a train track and watching a slow-moving train get closer and closer,” he said. “Finally, the train ran me over.”

Just over two weeks ago, that debt grew too large. With collectors threatening to repossess the property, Glatt said he had no choice but to shutter Dave’s windows and hope for “angels coming down from the skies to offer money.”

On Monday evening, they did.

“I never thought I’d be doing this again,” Glatt said. “I didn’t think it was an option. Just out of the middle of nowhere a bunch of stuff came together. … When we closed the doors Monday morning people came forward with offers of very friendly lending.”

But not everyone shared in the jubilance.

Glatt said he hadn’t heard any negative feedback from staff and insisted that he had searched for an alternative solution to closing the restaurant up until the end. He added he would rehire at least eight or nine of his former employees.

“My staff will never understand that I went into insane debt to keep them working,” he said. “I’m very aware of the dislocation that they have felt from the loss of their job and security.”

Crawford said the restaurant fostered a sense of community among staff. She described the wait staff as a “set of misfits,” a unique melting pot of people who learned to manage time, multitask and look out for one another. But after hearing about Glatt’s impending bankruptcy and the way he handled the closing, she said she is uncomfortable with the city using tax dollars to provide him with additional funding.

“I hope that the people who lost their jobs are able to find other ones and that Dave sorts out his business troubles without borrowing other people’s money — the city’s money, my tax money,” she said. “If he went bankrupt in the other location, why would I be confident that he could repay the loan?”

Some community members echoed Crawford’s sentiments, but others like Ribeiro and Evanston resident Barry Hopkins said the restaurant’s positive impact on the community had earned it another chance.

“I’m delighted to hear the news from Dave that he’s going to be opening in a smaller venue,” Hopkins said. “Although it’s sort of sad because that means more of a wait. Still, it’s great that he’s going to reopen and hopefully he’ll be able to rehire some of the people he had to let go.”

The same day Dave’s closed, Mayor Elizabeth Tisdahl awarded Glatt and his wife, Ellen, keys to the city for serving one at-risk Evanston family a free meal every day since fall 2012. Kevin Brown, Evanston’s youth and young adult program manager, who accepted the award on their behalf, said Glatt was reluctant to take credit for the contribution.

“You had a really generous individual who’s very humble and didn’t want anyone to know behind the scenes that he really cared a lot about the Evanston community and about what happens to families that are at risk,” Brown said. “He is an example of how one person can really make a difference in the lives of people.”

Glatt said he expected Dave’s closing to garner little fanfare and was shocked by the outpouring of emotion. That response — along with an “accommodating” landlord at the Noyes location and “very friendly” lending terms from everyone who helped him financially — prompted Glatt to consider opening the new restaurant.

Now on its fourth move to a fifth location, Dave’s continues to evolve. In addition to preparing for the new restaurant, Glatt said he’s working on a memoir-cookbook that will include recipes.

Although the new space, which Glatt said will hold fewer than 40 people, doesn’t have the potential to make “big” money like its most recent iteration on Chicago Avenue, for Glatt, just reopening is enough.