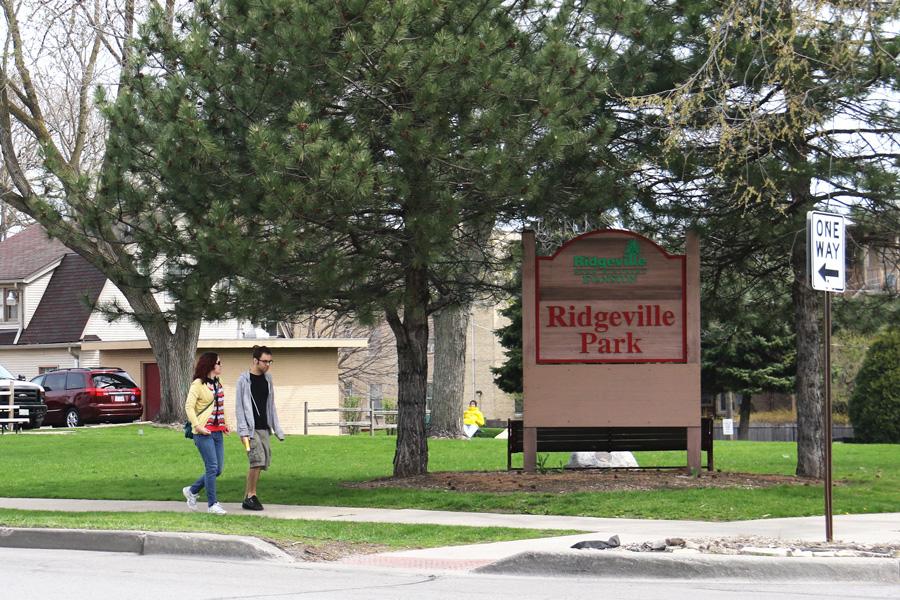 Quaint houses and residential streets dot Evanston’s 9th Ward, located in the southern part of the city. Residents say they enjoy the quiet comforts of a close-knit neighborhood, but a relative lack of economic development and public land leaves something to be desired in the ward.

“There’s nothing here to do for the kids,” longtime resident Bill Arndt, 67, said.

Despite the lack of amenities in the area, residents such as Cheryl Muno, 45, who has lived in the 9th Ward with her husband, Rob, since 1999, said its diverse population keeps people invested in what’s happening in their community.

“(The ward) is very culturally and financially diverse, so you’re meeting people from all walks of life,” she said. “And it’s a very interesting ward because of that.”

Residents may express contentment with the makeup of the ward, but they are not afraid to point out the flaws that still exist. Ald. Brian Miller (9th) said his constituents voice their frustration because they wish to effect positive change in their neighborhood. Bimonthly ward meetings and other gatherings he organizes are generally well-attended, with about 50 residents attending each event, he said.

Miller (School of Law ‘08) was sworn in as 9th Ward alderman in May 2015, replacing Coleen Burrus, who had served in the position for six years before she left for a job at Princeton University. Miller was born and raised in Evanston, graduated from Evanston Township High School and is currently chief of staff to Cook County Commissioner Larry Suffredin as well as president of the Democratic Party of Evanston.

Miller said he ran for the aldermanic position in order to serve his residents and address issues in the 9th Ward and the city as a whole.

“You have the opportunity of making a big impact on people’s lives,” Miller said.

Miller said his ward has one of the youngest populations in the city. Due to the 9th ward’s proximity to Chicago, he pointed to the frequent migration of families seeking to move to the suburbs with their young children.

“We have people that want more space and don’t want to send their kids to Chicago schools coming in and wanting to buy a house for the first time,” Miller said. “They end up in my ward.”

The 9th Ward is home to several Evanston/Skokie School District 65 schools. Two of the schools — Chute Middle School and Dawes Elementary School — are located on Oakton Street along with Oakton Elementary School, which is part of the 8th Ward but draws in students from the neighboring 9th Ward.

The three schools along Oakton Street have large minority student populations, according to state School Report Card data from 2014-15. Each of the three schools along Oakton Street has a low-income population of least 58 percent, with 70.7 percent of Oakton Elementary School students categorized as low-income students, according to the data. These percentages exceed the 43 percent of students district-wide considered low-income.

Based on the number of low-income students that these schools have, Arndt said it is clear that the needs of children who attend school in the 9th Ward are “high relative to the wealthy in other parts of town.”

Children in the 9th Ward need opportunities to play outside, but the Ridgeville Park District, an independent park district that operates the majority of the 9th Ward’s parks, does not provide quality services, said Arndt, who was born and raised in Evanston and has lived in the 9th Ward for 12 years. He said the Ridgeville parks are not well-kept.

“Mostly, they are flooded and are unplayable for the Little Leagues in the area,” Arndt said.

Ridgeville Park District operates by collecting a portion of property tax revenue from residents who live in the designated district, which touches pieces of the 2nd, 4th, 8th and 9th Wards. The organization is headquartered in the 9th Ward.

Michael Drennan is the president of the Ridgeville Park District’s Board of Commissioners, a five-member, community-elected board made up of volunteers who are required to live within the park district’s boundaries. Drennan, an 8th Ward resident, said the park district does offer a variety of programming for children in the area, including summer camps, exercise classes, summer concerts and a farmers’ market in addition to other community events throughout the year.

“We are providing valuable park services in one of Evanston’s most densely populated areas with a level of personal service that you don’t often find,” Drennan said, adding that the board holds monthly public board meetings to hear concerns from the citizens.

Along with their concerns about access to quality recreational land, residents also expressed frustration over access to the city’s public beaches, especially for children from the predominantly low-income schools in the ward.

The closest city-run public beach for ward residents is the South Boulevard Beach located in the 3rd Ward roughly 12 blocks past the 9th Ward’s eastern edge. Arndt said the city’s beach token program, in which residents are required to purchase tokens for season-long beach access, prevents some 9th Ward residents, specifically children, from visiting the beach.

According to the city’s website, fee assistance and a limited number of free beach tokens are made available through the city and several community outreach agencies. Lawrence Hemingway, director of Evanston’s Parks, Recreation and Community Services Department, said the city gives out about 1,100 to 1,500 free beach tokens annually.

However, Hemingway said residents with financial need who want to visit the beaches are never denied access to city beaches.

“If somebody really wants to go to the beach, we’ll make sure they get to the beach, and that’s always been the city’s practice,” Hemingway said. “If we gave out all our tokens and there was still someone who needed access, we don’t deny them.”

Outside of natural resources, Miller said compared to other areas of the city, the 9th Ward lacks economic development.

Along with smaller bungalow-style houses, the western 9th Ward has an industrial area with larger chain stores like Home Depot, PetSmart and Aldi as well as a Steak ‘n Shake restaurant. That area is the main business district in the entire ward, Miller said, but the business scene is smaller in scope compared to more marquee business areas in other wards, like the Howard Street corridor in the 8th Ward or the Central Street area in the 7th Ward.

“There is a built-in tension in the 9th Ward versus all of the other wards because we don’t have a lot of businesses or business interest (here),” said Rob Muno, a 56-year-old resident of the 9th Ward.

He added that this dearth of commercialization separates the residents of the 9th Ward from those of other areas in Evanston.

Miller echoed Rob Muno in saying the 9th Ward has the least amount of “assets” and commercial property compared to other wards. He said the ward overall is very residential and community-based, with larger houses and condo buildings in the eastern segment.

“Every other ward has a significant commercial stretch that we just don’t have,” Miller said, adding that although the 9th Ward includes Main Street, the more bustling economic quarter of Main Street — which is closer to Chicago Avenue — is not included in the ward.

Although the 9th Ward’s public land may be lacking, and it may not be home to a solid shopping district, Miller said his involved residents make the ward unique.

“I like to think we’re getting a handle on the issues of the ward,” he said. “I appreciate the fact that I get to work with such active and involved citizens to really address those issues.”