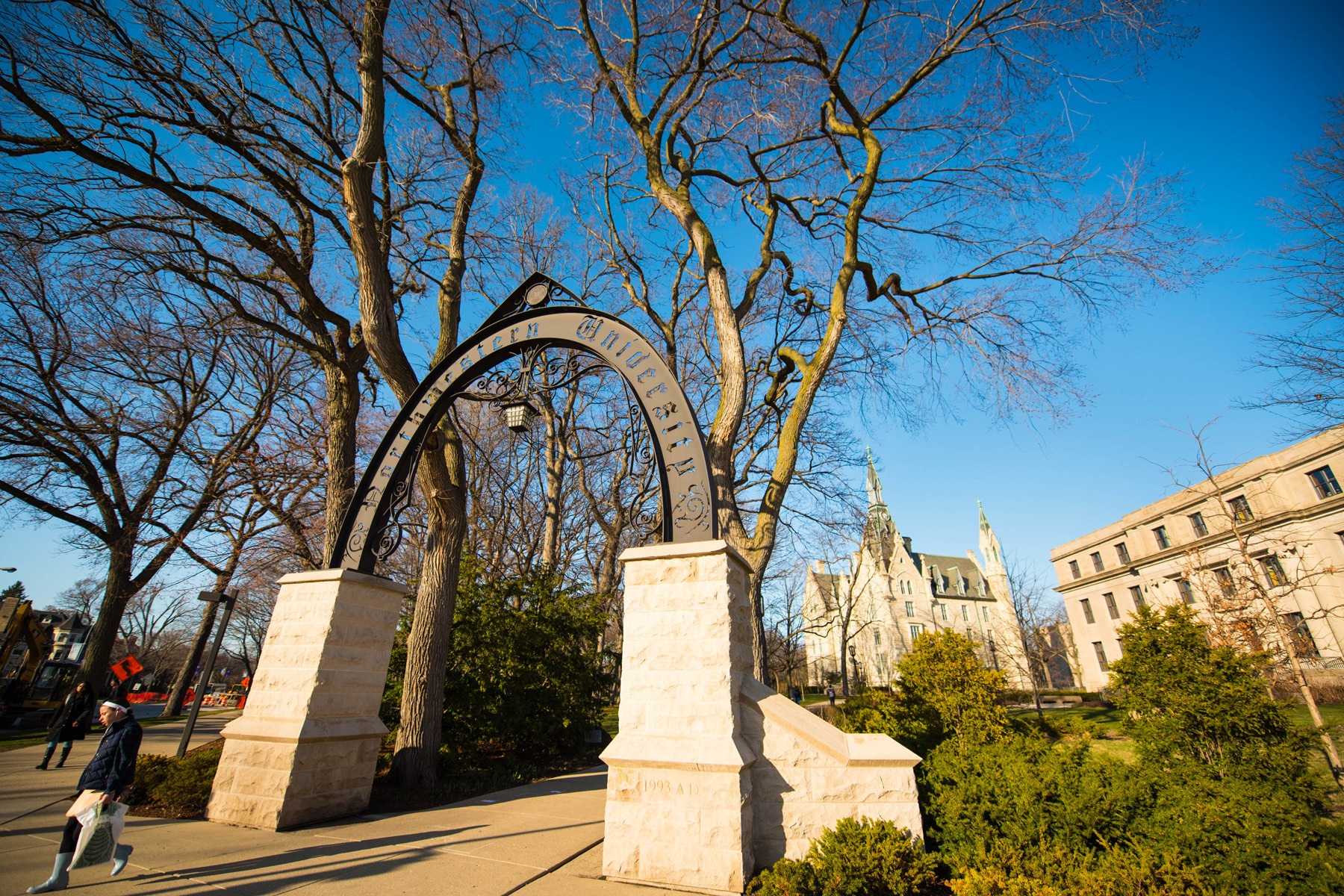 Evanston’s 7th Ward could be its own city.

“I used to joke that the 7th Ward could almost secede from Evanston because we’ve got a hospital, a university, a really vibrant business district, schools, transportation,” said former 7th Ward alderman Jane Grover.

But there’s just one problem.

“It wouldn’t survive. It’s too much part of this larger community,” Grover said.

The 7th Ward lies in the northeast corner of Evanston, bordering Wilmette and encompassing Northwestern’s campus. Many residents say the ward, while not home to the city’s downtown district, has all the benefits of that area with a more suburban, neighborhood feel.

Because many residents said they feel enmeshed in the 7th Ward community, they actively seek solutions to problems large and small in the ward. Residents said these problems range from tension caused by University decisions to an apparent lack of diversity.

And although many said they care deeply about their own ward, they also highlighted that the issues they experience in the 7th Ward are problems that exist in all of Evanston — not just their geographic region.

Grover, a 7th Ward resident since 1994, said one of the ward’s most valuable assets is the University, an opinion not all residents share. However, many residents acknowledged that the University and the city have made great strides in improving their relationship over the past few years.

Historically, the connection between the University and city has been characterized as tense. In 2012, The Princeton Review listed the town-gown relationship between NU and Evanston as the 4th “most strained” in the country.

By 2015, however, they no longer made that list. Residents say the problems have been alleviated by the strong working relationship between Mayor Elizabeth Tisdahl and University President Morton Schapiro.

“Sometimes I think that people get stuck in this ‘if it’s purple it has to be bad’ thing,” Grover said. “We never outlawed the color purple in Evanston. We’re not likely to, and the University and city have reached a point where it’s a very productive, constructive partnership.”

This improvement is evidenced in the commitment NU made with Evanston in 2015, through which the University will donate $1 million a year to the city for five years. The partnership recently hit its one-year anniversary, and Schapiro said some effects are already visible.

“We now have much more of an explicit presence … and we’re more often at the table with discussions,” he said in an interview with The Daily last month. “We said it would be nice if they could plan (how to use University contributions) more and not just do something that gets swallowed by the budget. … And just like this year, they’ll take Northwestern support to do things that make a difference.”

Tisdahl, who lives in the 7th Ward, echoed residents’ sentiments and said the relationship forged between the two has positively impacted the city. However, she acknowledged that the goodwill between the University and the city always requires work.

Ald. Eleanor Revelle (7th), who replaced Grover on Feb. 22 after she resigned to become outreach principal for the Chicago Metropolitan Agency for Planning, said she is excited to continue the partnership between the city and NU and said she hopes to expand on the progress that has already been made.

“Northwestern does a lot for the community and a lot of students give their time in the schools and with nonprofits, which I think most citizens are not terribly aware of, which is unfortunate, ” she said. “As an alderman, I guess I have a soapbox … I’m certainly happy to speak up for students and acknowledge their contributions.”

Despite her support for student involvement in the city, Revelle pointed out that there have been land-use decisions made by NU that have been “disturbing” to community members. Several residents say the largest strain on town-gown relations comes from NU’s construction projects that affect both the 7th Ward and the Evanston community as a whole.

Residents highlighted recent issues — such as the University’s closure of a bird sanctuary to create a new visitors center last year, the creation of the Lakefront Athletics and Recreation Complex on the Lakefill and recent discussions over renovations to the Ryan Field parking lot — as evidence that there will always be some point of tension between the two entities.

As president of Citizens’ Greener Evanston, Revelle has long been a champion of environmental issues in the city. She pointed to grievances residents have had with NU’s use of land. Specifically, she mentioned the destruction of the bird habitat — which has since been rebuilt in another area of Clark Street Beach — and restricted access to the area of the Lakefill where the new sports facility is being built.

“It wasn’t clear why a sports complex needed to be on such a valuable piece of land, especially in views and access to the lake,” Revelle said.

Recently, City Council approved renovations to the Ryan Field west parking lot March 29 despite the expressed displeasure of some community members. These changes include an increased number of parking spots, replaced lighting and additional sidewalks around the lot.

Before these changes were decided upon, Evanston resident Deborah Weixl said she had heard from other community members about their hesitations toward the improvements.

“People who live right next to it are kind of concerned about what will it mean for us with lighting and activity,” she said. “Will there be more people spilling around into the streets?”

NU’s executive vice president Nim Chinniah said last month the University aims to be responsive to community concerns when new projects are proposed. He emphasized the University’s goal is to be communicative with residents about new development and listen to their feedback.

“We had an open town meeting (about the Ryan Field renovations) with members of the community where we took the plans to them, met with them, shared the plan,” Chinniah told The Daily. “There was no requirement that we do that, we just did it because it’s the right thing to do.”

Beyond University projects, the 7th Ward is experiencing other development as well. As new high-rises and apartment buildings are proposed, the nature of the community is subject to change, said longtime 7th Ward resident John Zbesko. Although much of the development is focused on making the city more desirable and contributes to local sustainability efforts, he said that is not always appealing.

“It’s nice to have people clumped up around public transportation and having less of an impact on the world, on the environment,” Zbesko said. “At the same time, part of the character of Evanston is that it was a suburb and not a city.”

Weixl, who has lived on Central Street in the 7th Ward for 13 years, said she also noticed increased development in the city, particularly around her home. This was a welcome sight, she said, since it had previously seemed like many projects had stalled and vacant spaces had accumulated.

However, she said she had heard concerns from residents who were not as pleased, due to a lack of communication from the city and developers.

“The important thing is that the people who live near where these things are going up understand it, know about it and somebody talks to them and explains it to them instead of putting a wall up against their window,” Weixl said. “I don’t think that’s asking for too much.”

Zbesko said recent developments contribute to a lack of socioeconomic diversity in the 7th Ward and the city as a whole. As certain parts of Evanston become more desirable, property values go up, he said, and that results in more well-off people moving into the city.

Many residents said there is a lack of racial and socioeconomic diversity in the 7th Ward. According to 2010 U.S. Census data, 65.6 percent of the city’s overall population was white and 18.1 percent was black or African-American. Tisdahl said the city, including the 7th Ward, was at one point districted around existing populations to create majority white and majority black wards in Evanston to ensure diversity on City Council, and that these distinctions have lingered.

Tisdahl said in her experience, diversity matters to both the 7th Ward community and Evanston as a whole.

“Yes, it’s a majority white ward and yes, it’s majority affluent or at least proportions of it are, but people there are like (people from) any other place in Evanston,” Tisdahl said. “They want their children to go to diverse schools and they believe in a much more diverse community than people find elsewhere on the North Shore.”

In terms of race, Grover said northeast Evanston does not share the racial makeup of other areas of the city, but that diversity manifests itself in other ways. She gave the example of a block party she attended a few years ago, where an informal survey was conducted and passports from 20 different countries were counted within three blocks.

“That’s a different dimension of diversity and that’s got to count, too,” Grover said. “I used to joke that yeah, we’ve got diversity. We’ve got bankers, lawyers and accountants in northeast Evanston. But it really surprised me at that block party that 20 different countries were represented, and races and both genders and households that weren’t the traditional mother-father households.”

Overall, most residents agreed the 7th Ward is not as diverse as other wards, but that it is not an issue one can pinpoint to just the northeast corner of Evanston. And despite what others may perceive as a less-diverse community, Weixl said she feels her ward is welcoming to many different types of people.

“In a sense, it’s everybody’s neighborhood,” she said.