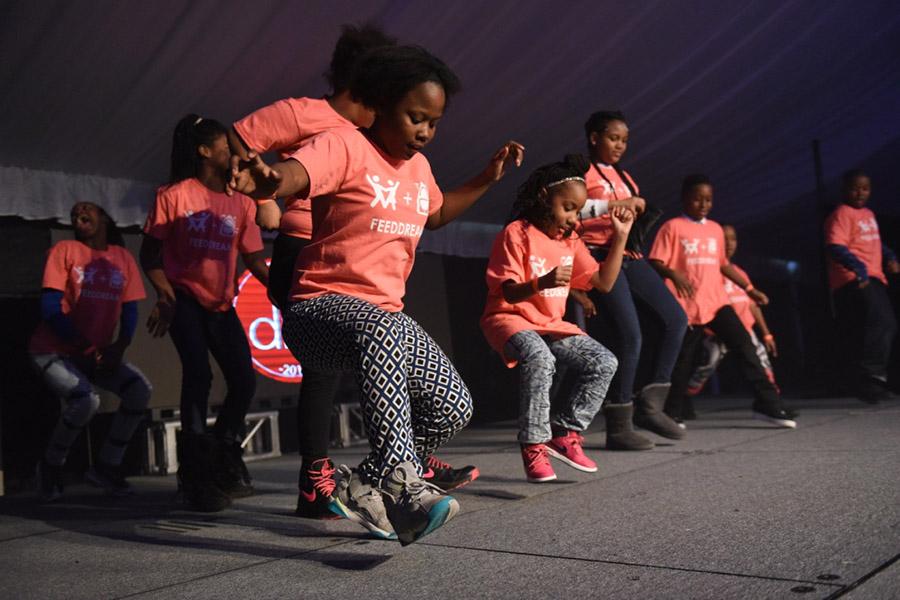 Filling a 65-hour gap: Blessings in a Backpack looks to continue providing meals for hungry students

Three million bags of food — and still counting — have been distributed to elementary school children across the country this year.

The reason: Blessings in a Backpack.

Dance Marathon’s primary beneficiary provides meals for students who would otherwise go hungry on the weekends.

The organization started in Louisville, Kentucky, and earned its 501(c)(3) status in 2008, officially becoming a nonprofit organization. The organization opened an office in Chicago about a year and a half ago and has experienced rapid growth since its start, said Brooke Wiseman, CEO of Blessings in a Backpack.

“We put food in a bag for children who would go hungry during that 65-hour period from when they leave school on Friday before they get back to school on Monday morning,” Wiseman said. “That’s the simplicity of what we do — we send kids home with these backpacks full of food.”

Blessings in a Backpack sends students home with bags every weekend for 38 weeks and has touched the lives of 83,694 kids in 46 different states this year. Wiseman said the organization hopes to feed 500,000 children every year in five years from now.

“It was so amazing to be here when it started and to see the hundreds of students run by to get into the tent,” Wiseman said. “It was this feeling that hundreds of people have our back, and they’ve been trying to help us in feeding hungry kids — to have this kind of support so we can spread our message across the country and feeding our children has been beyond belief for us.”

DM has had its own unique experience in working with Blessings in a Backpack this year in that the organization provided an opportunity to have a service component in addition to the philanthropy, particularly in engaging non-dancers in a new way, DM executive co-chair Kevin Harris said.

“Even if (non-dancers) think they can’t fundraise the $400 or just don’t want to dance for the full 30 hours, there’s still a way to unite over the same cause,” the Weinberg senior said.

It also gave dancers the opportunity to be more engaged with the organization and understand the impact that they’re making, he said. DM saw more 60-hour club members pack bags and get involved than ever before, which Harris said is vital in connecting to the organization.

“The fact it just costs $2.63 to provide a whole weekend bag of food for a kid that, in most cases, gets shared with the whole family, is really felt and incredible in this year’s DM,” said DM executive co-chair Arielle Miller, a Medill senior. “Whether you’re a dancer giving $20 … or $200, you are still making such a significant impact because the smaller increments go such a long way.”

In another effort to encourage more of a focus on the impact rather than the numbers, the finance committee did not announce fundraising checkpoints as they had in past years at the end of each block. Miller said the goal was to get people thinking instead about the kids they’re feeding, the meals they’re providing and the pounds of food they have solicited for the cause.

“These are all metrics that show our impact so much more than how much we were able to raise,” Miller said. “It goes to remind everyone why we’re doing what we’re doing every block and speaks much more loudly to our impact.”

Ultimately, Miller said this year’s cause has very importantly brought an opportunity for DM to practice increased advocacy.

“Something we talk about with hunger is that it is silent and invisible,” Miller said. “When you look at a kid and you see them smiling and dancing on stage, you can’t tell how long it’s been since their last meal.”

Adding to the mission of bringing the organization’s narrative to life, Blessings in a Backpack brought out heroes to DM to dance and celebrate with students. Kadaja and Sadaja Anderson, 13, and Briana Keeton, 11, said that while they enjoyed going on the stage, seeing themselves on the big screen and watching the older students dance, they said the best part of their experience has been meeting people.

“They were good to us,” Kadaja Anderson said. “They were telling us stuff like we can be smart, we can get to any college if we want to.”

Shannon Fitzgerald, Blessings in a Backpack’s associate director of development and the organization’s liaison to DM, talked about the impact DM has had on their organization since they were selected as the primary beneficiary. Fitzgerald said in the past year, Blessings in a Backpack has attracted 20,000 people to their website—which she said is a huge deal considering they are a small nonprofit.

Blessings in a Backpack has also seen an increase in the amount of attention they’ve been receiving on social media, mostly a result of videos posted by DM and students participating in the 30-hour event that they have been able to retweet and share online, Fitzgerald said.

Miller recounted one of the speakers who told a story about how a little girl came up to her this week and said that because of Blessings, she can finally fall asleep because her stomach doesn’t growl anymore.

“This is the first time that it’s been easier for a bigger portion of the tent to put themselves in the heroes’ shoes,” Miller said. “Imagine what you might feel 30 minutes before dinner, and if that was prolonged for an entire weekend — that’s something that is very, very powerful.”