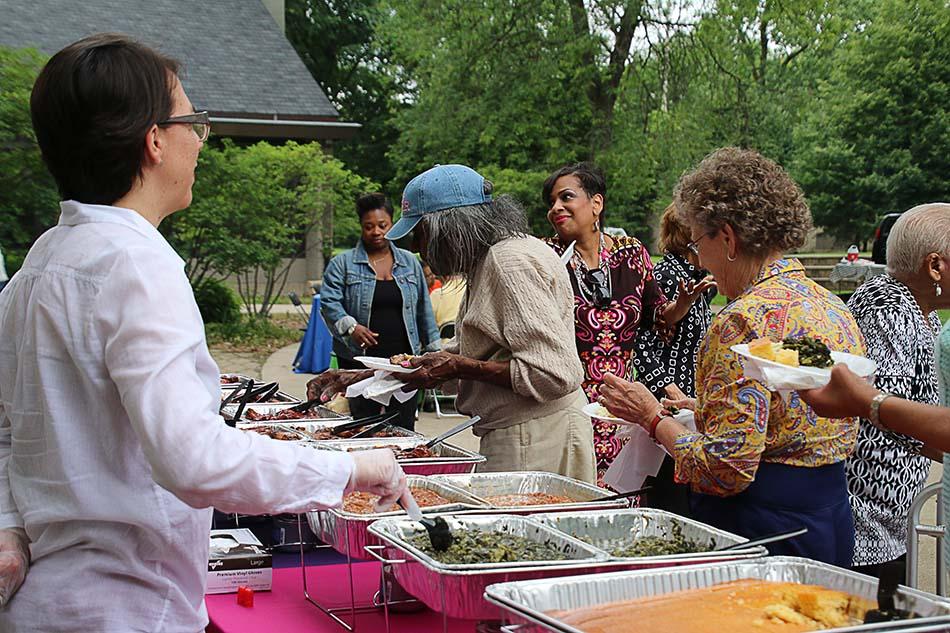 More than 80 people celebrated the 2015 Juneteenth Day Jubilee, which featured Southern-style barbecue, live music by singer Donica Lynn and a showing of “Why Not Me?” a play about Sammy Davis, Jr., at the Fleetwood-Jourdain Theatre, 927 Noyes St. 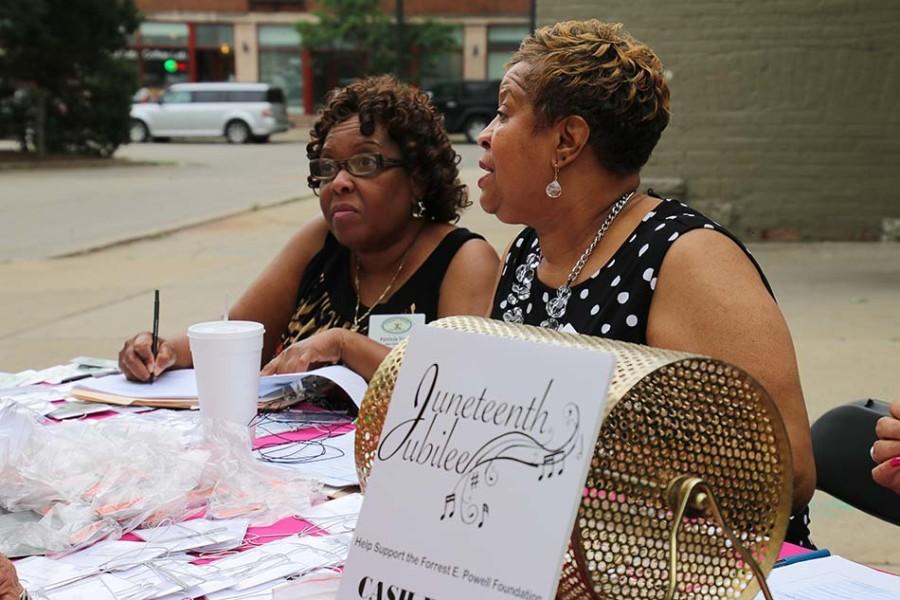 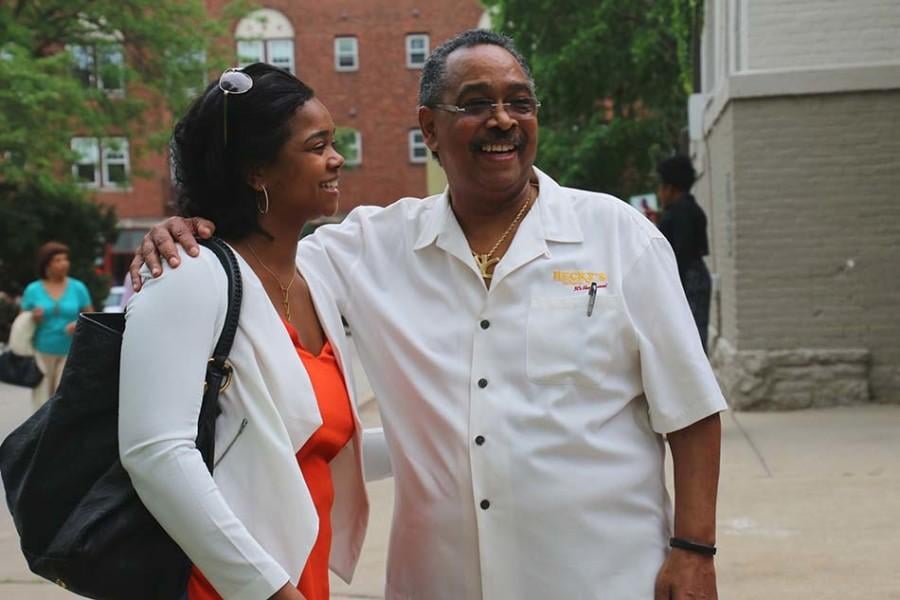 Hecky Powell, owner of Evanston restaurant Hecky’s Barbecue, welcomes guests to Juneteenth Jubilee. Powell founded the Forrest E. Powell Foundation in honor of his father and celebrates Juneteenth Day in memory of his great-grandfather. Born into slavery in New Madrid, Missouri, his great-grandfather eventually made his way to Evanston, running a successful barbershop on Davis Street and building a house for his family on Church Street. 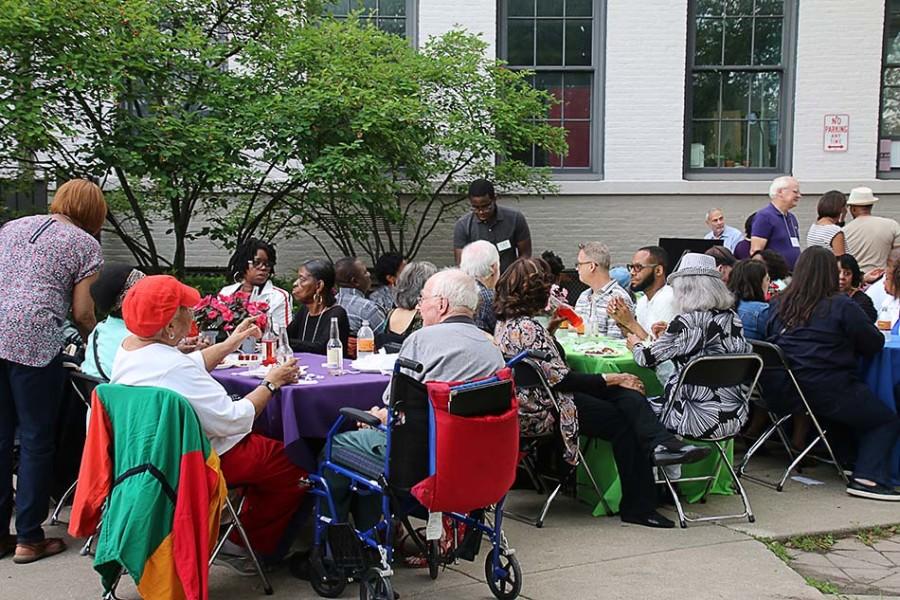 Guests sit down to eat at the 2015 Juneteenth Day Jubilee. More than 80 people attended this year’s event held outside the Noyes Cultural Arts Center, 927 Noyes St. 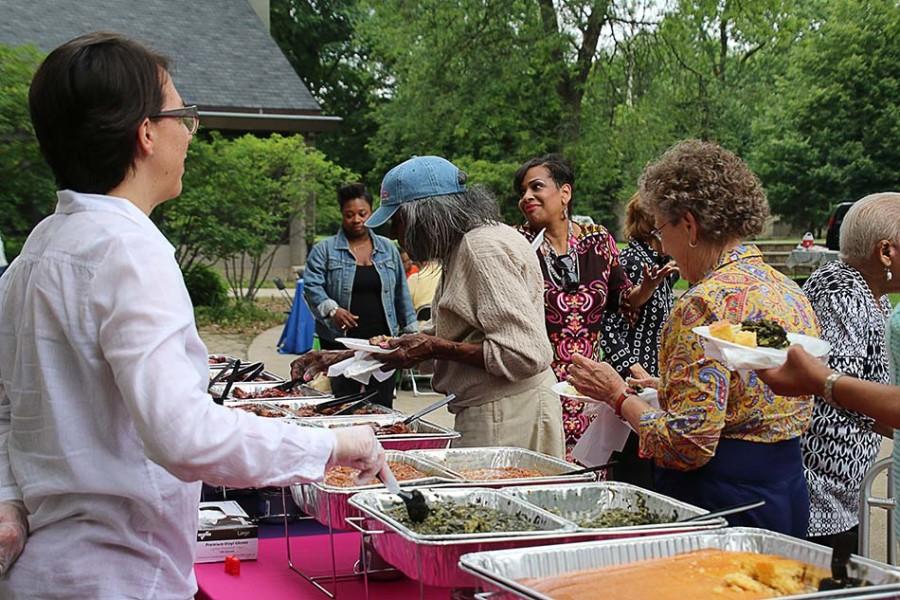 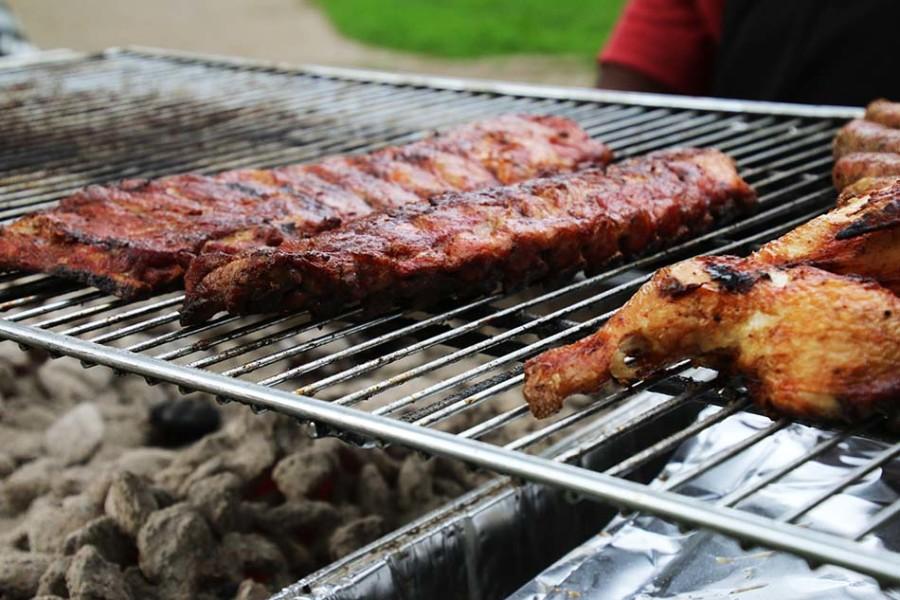 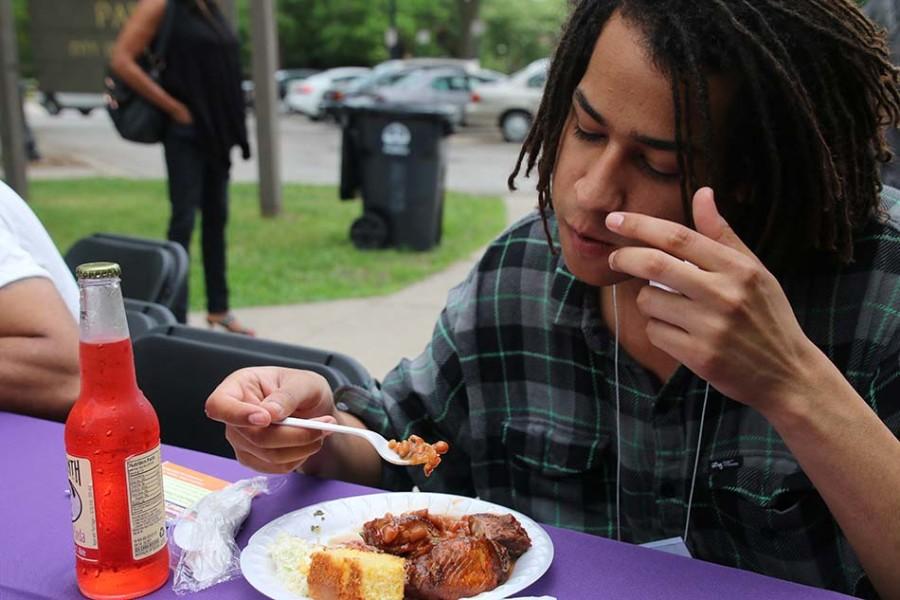 “Normally when they say barbecue around here they mean a hamburger— now this is a real barbecue.” said Cameron Sow, a SESP graduate student from Texas. Sow is the creator of CreativeSpace, a website that connects and curates online educational resources, which he says can help schools teach about the history behind events like Juneteenth Day. 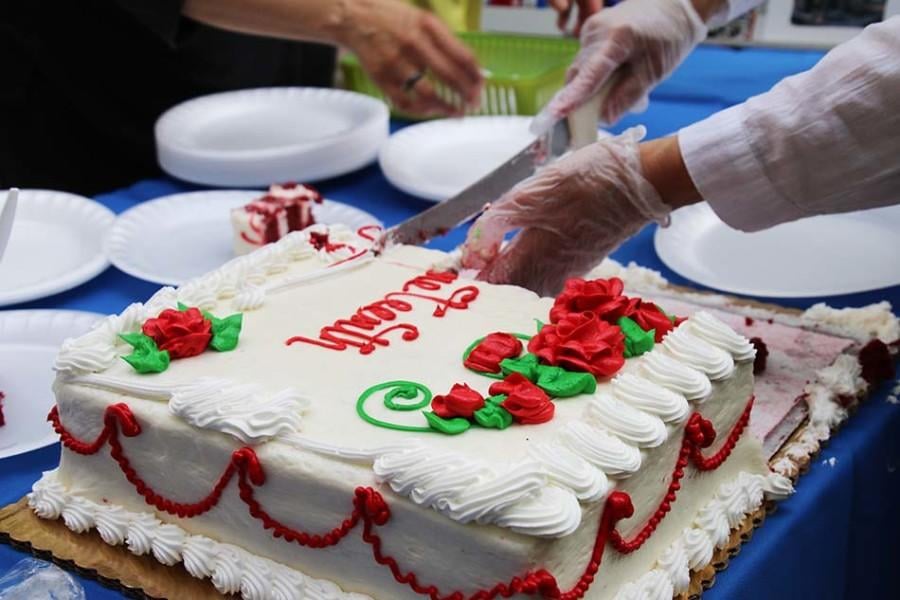 A red velvet cake is cut and served to guests. 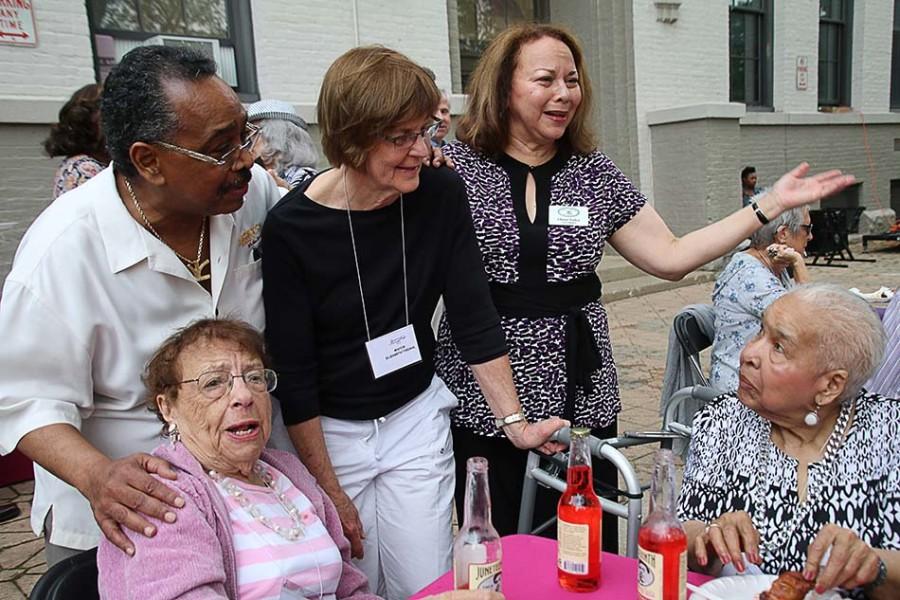 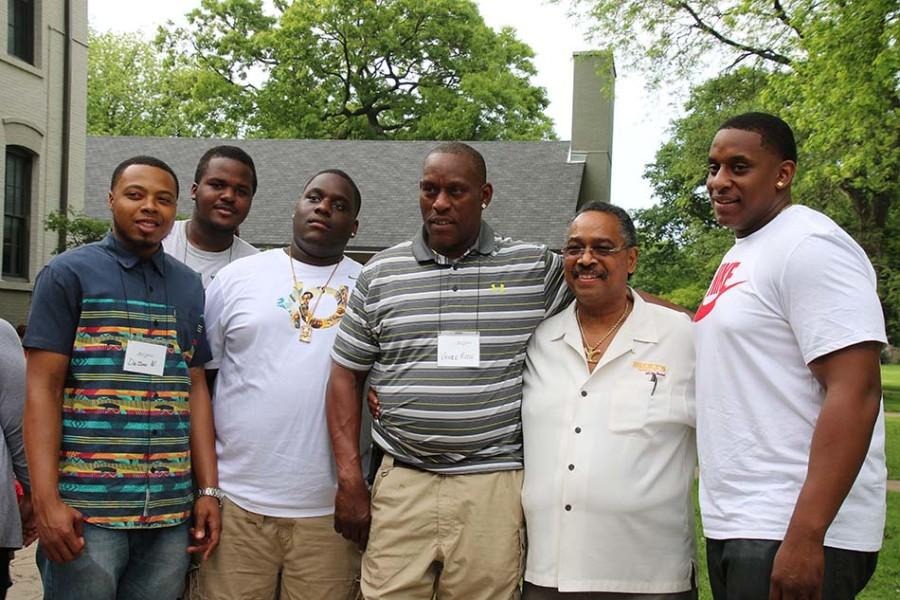 Vance Ross (third from right) is the 2015 recipient of the Forrest E. Powell Foundation’s Annual Work Ethic Award. The award is given to someone who has shown dedication to family and community through hard work and is selected by Hecky Powell (second from right) each year. “Vance raised two boys, he does good work in waste management and he coaches football,” Powell said. “These are the people who aren’t recognized … but these are the people who do the real work in my opinion.”