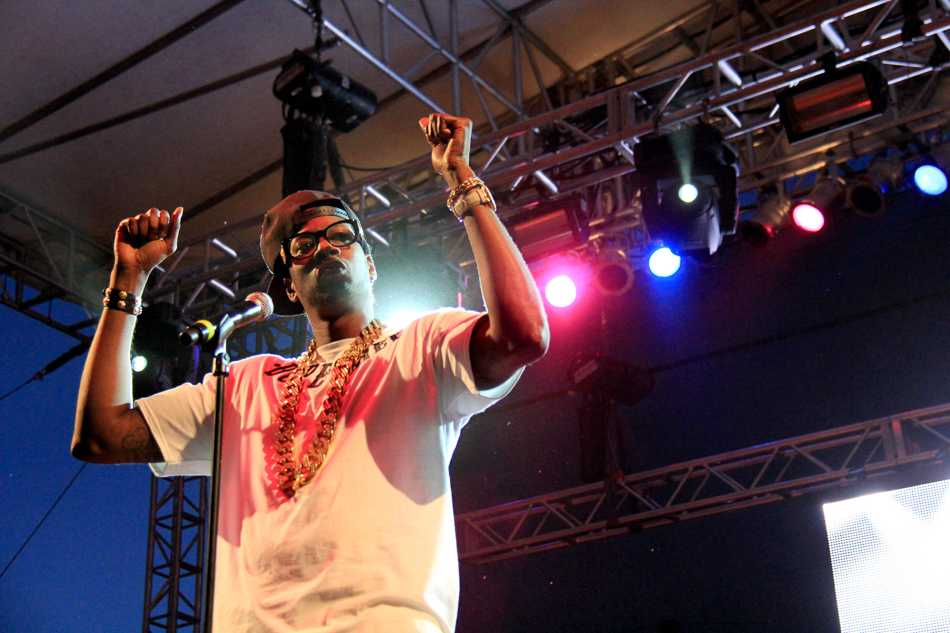 Members of the Northwestern and Evanston community and their guests came out to the Lakefill for Mayfest’s annual Dillo Day, which featured seven acts on the main stage and five more on a second stage. Student band Syndicated Traphouse opened the show with rapper 2 Chainz headlining the festival to close out the day. To enter the event, all attendees were required to wear a wristband and go through a security checkpoint on the Norris East Lawn. This was the first year Mayfest required all attendees to wear wristbands. Food trucks lined up on the Lakefill with different restaurants catering to a variety of tastes including Cheesie’s Pub and Grub, Giordano’s and Taquero Fusion. The Panhellenic Association and Interfraternity Council passed out free pancakes and pizza. Throughout the day, attendees lounged on rocks by the Lakefill and crowded up by the stage to listen to the different performances. 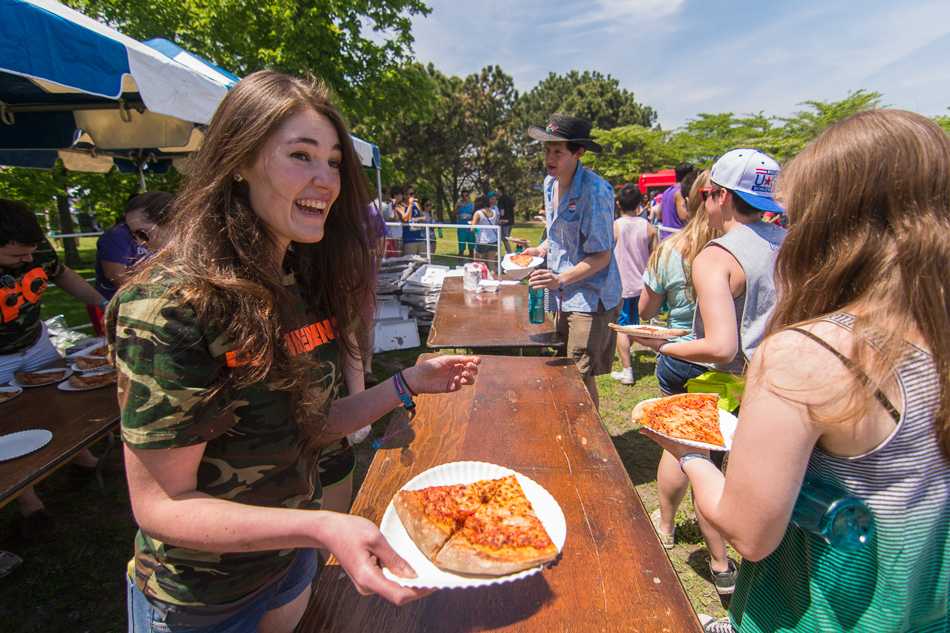 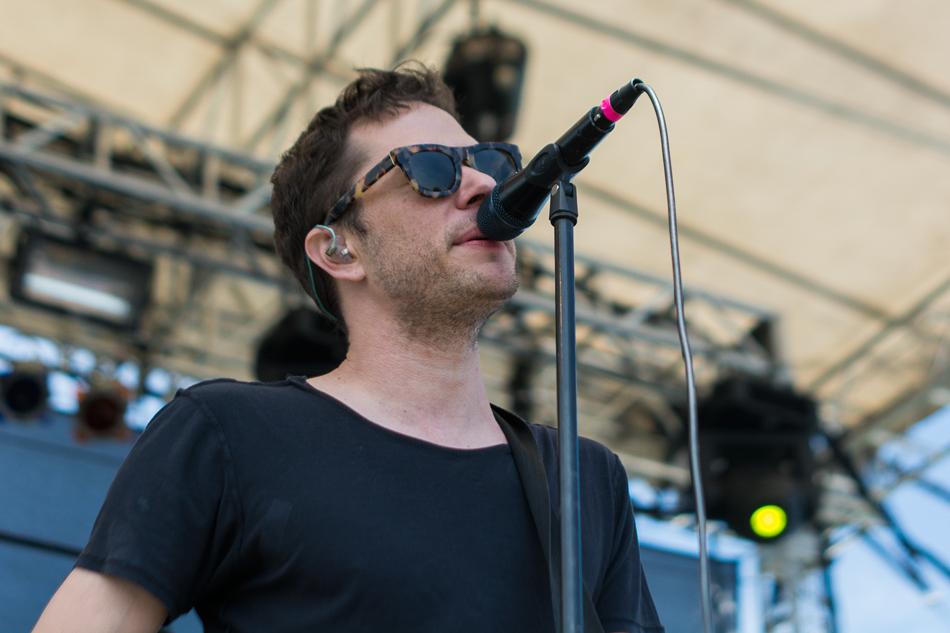 OK Go was the first professional main stage act, beginning at about 1:30. During the performance, the band played several of its older songs in addition to featuring songs from its new EP, “Hungry Ghosts,” which is scheduled to be released June 17. Students gathered around the stage and throughout the Lakefill to hear the first performances of the day. OK Go began its set with the song “White Knuckles.” At the end, the band played one of its most famous songs, “This Too Shall Pass,” and encouraged the audience to sing along throughout. 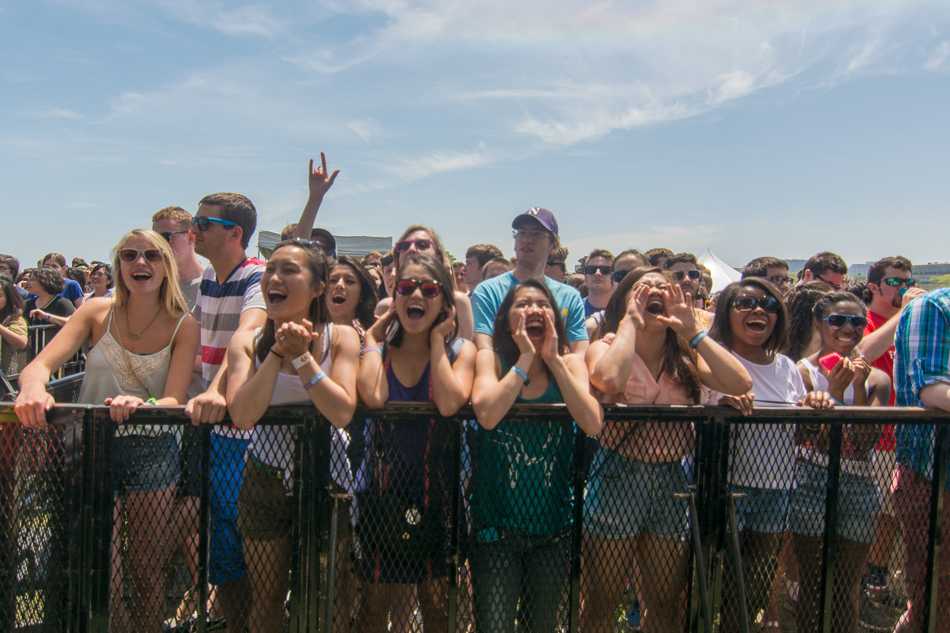 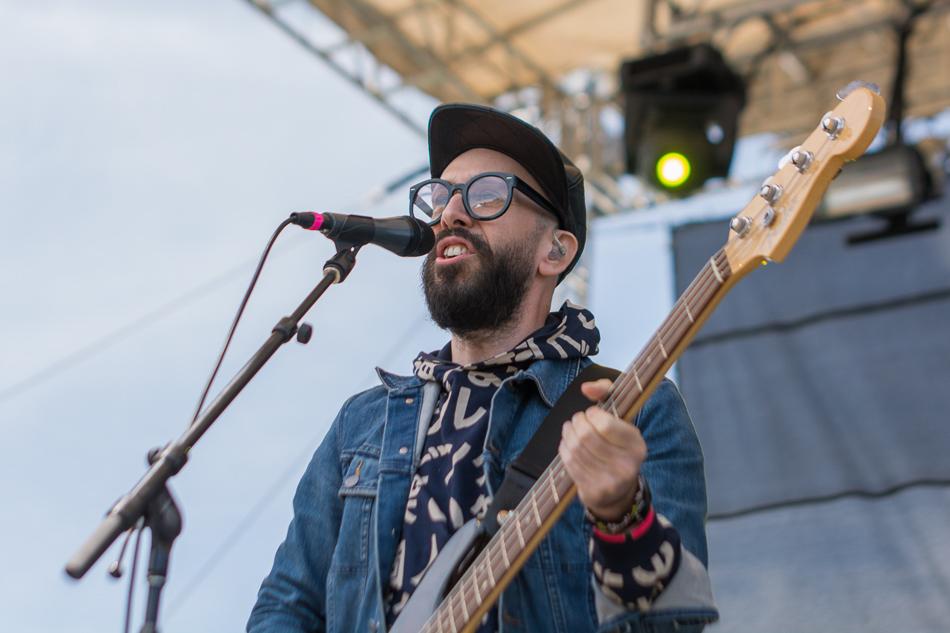 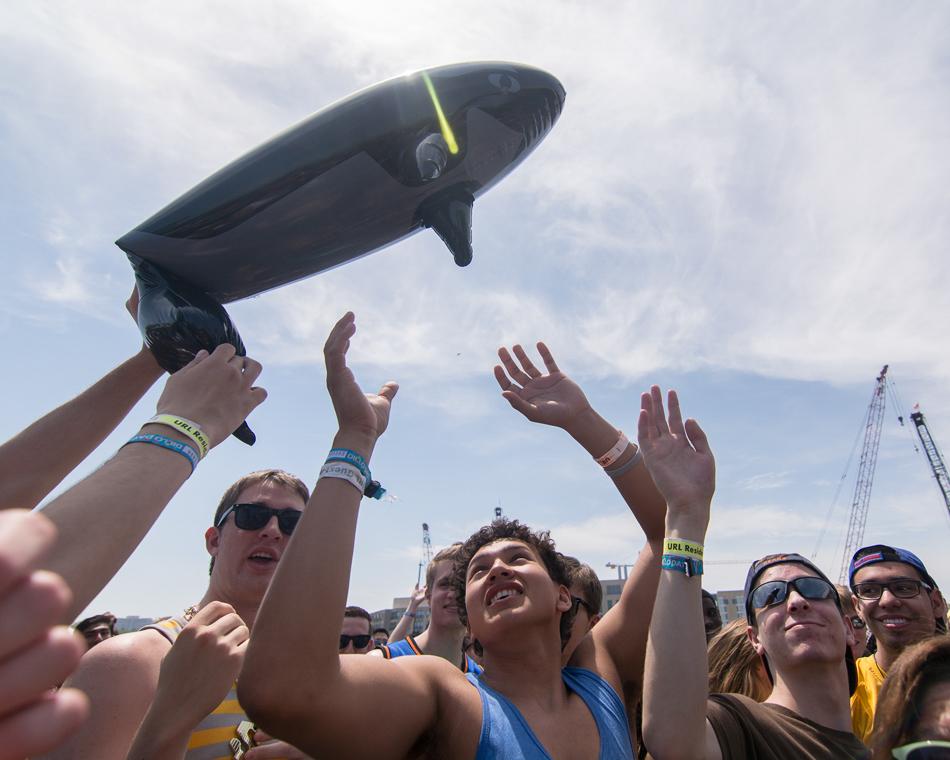 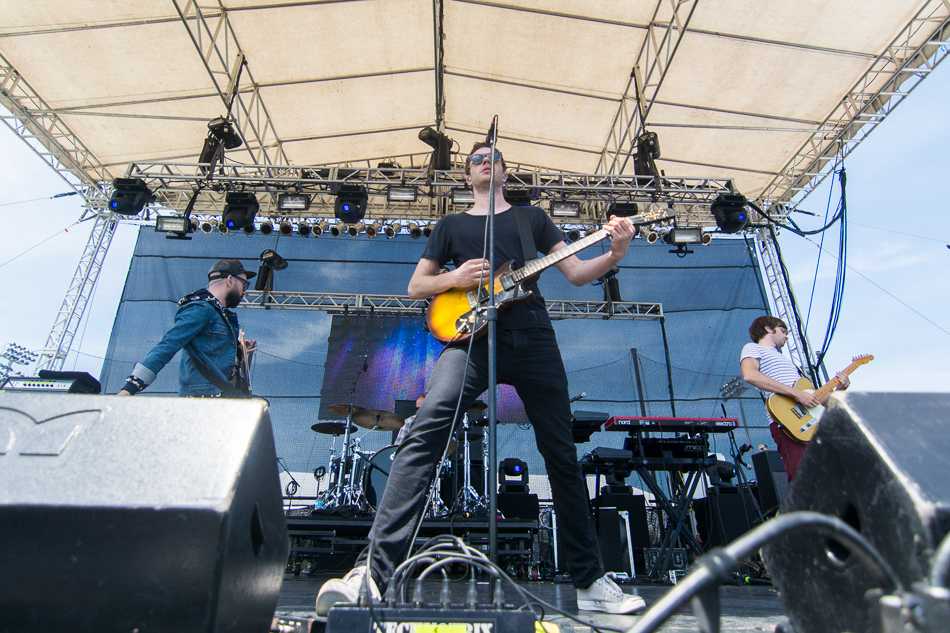 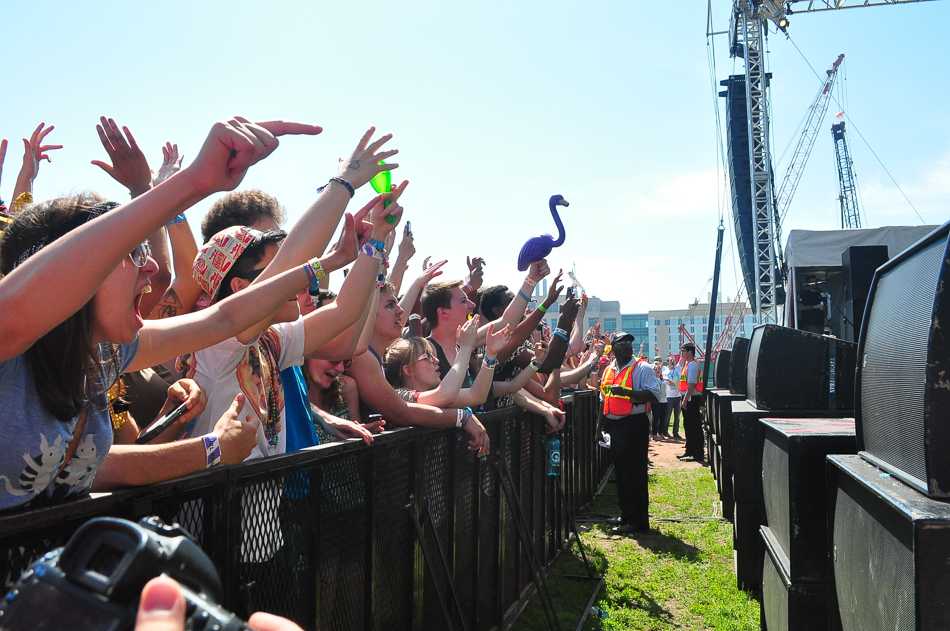 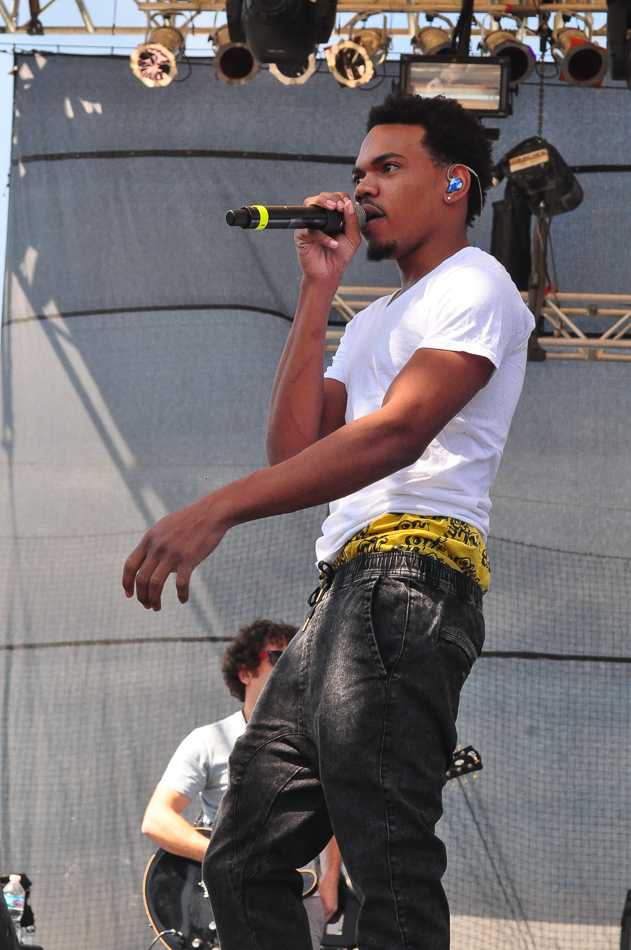 The third main stage artist of the day, Chance The Rapper, went on at 3 p.m. to play his hour-long set. Chance is known for his free mixtapes “Acid Rap” and “10 Day.” During his performance, he covered the theme song from the TV show “Arthur” with attendees singing along to the familiar childhood song. Chance discussed violence in Chicago and coming back to perform in his city during his set. 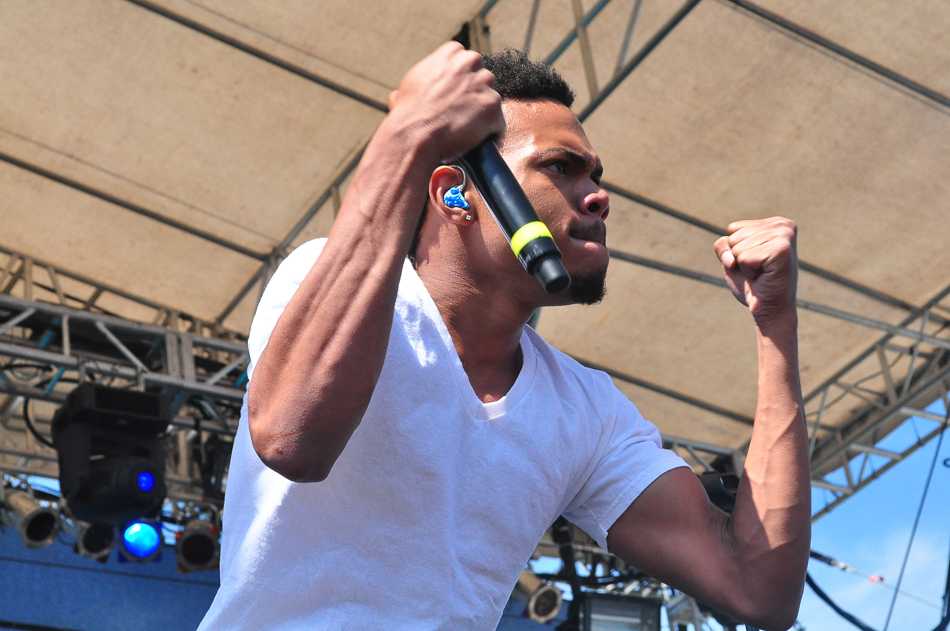 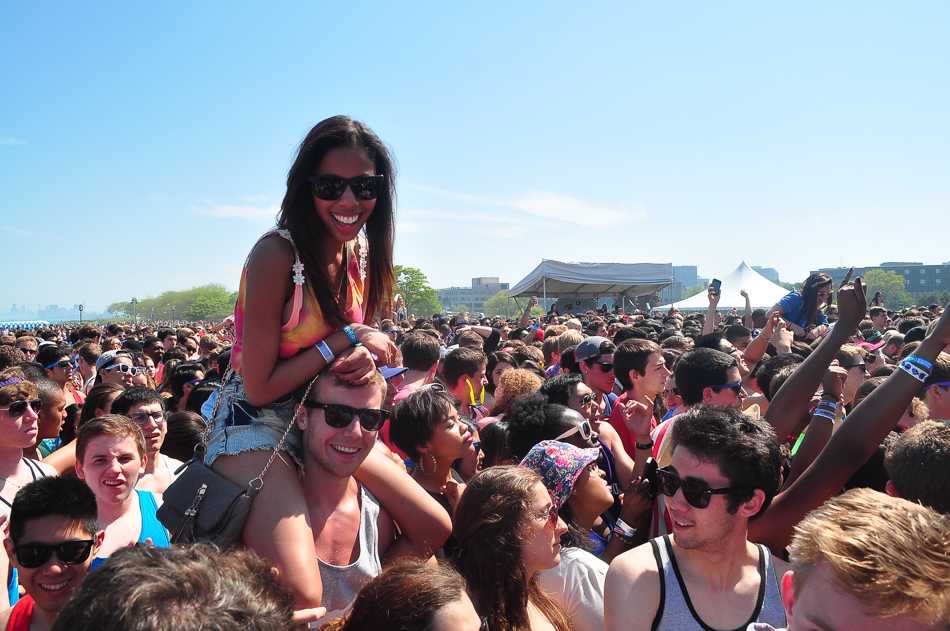 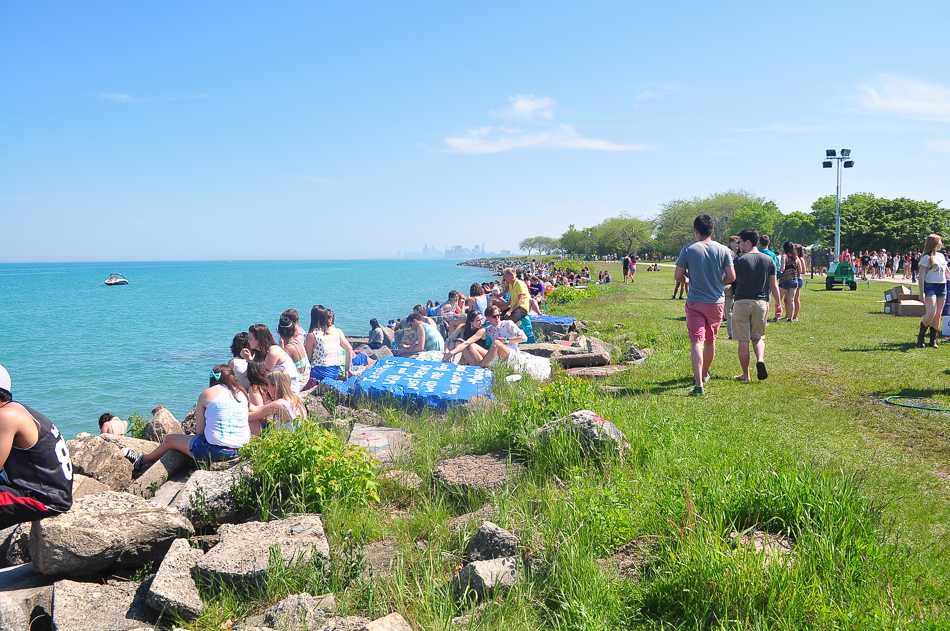 Indie pop band Cults played in the midday slot. The group drew a smaller crowd than other bands. Cults were the last artist to be announced and played in the fourth main stage slot of the day, beginning their set at about 4:30 p.m. Cults featured the first female lead singer to play on the Dillo Day main stage since 2010. 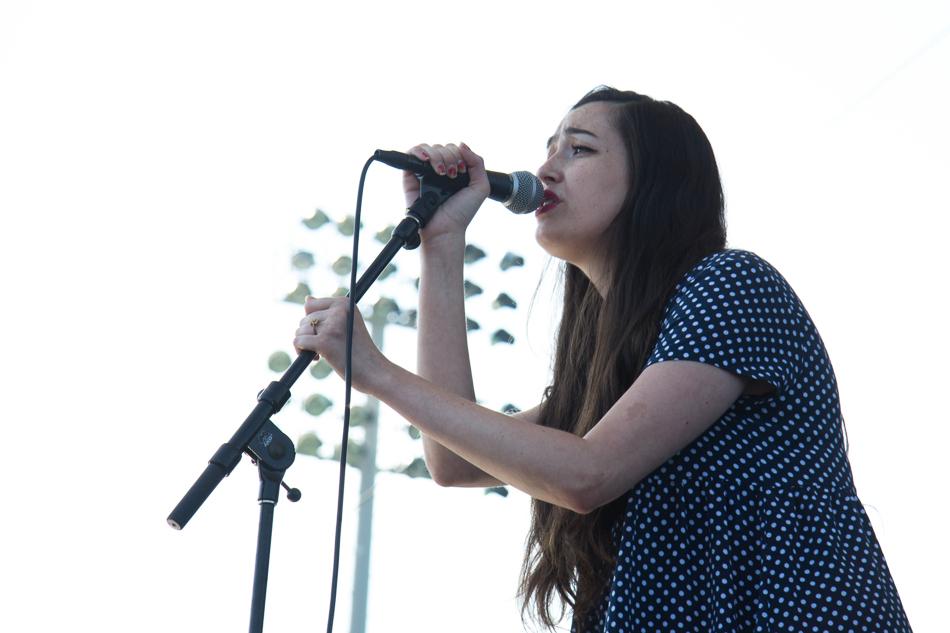 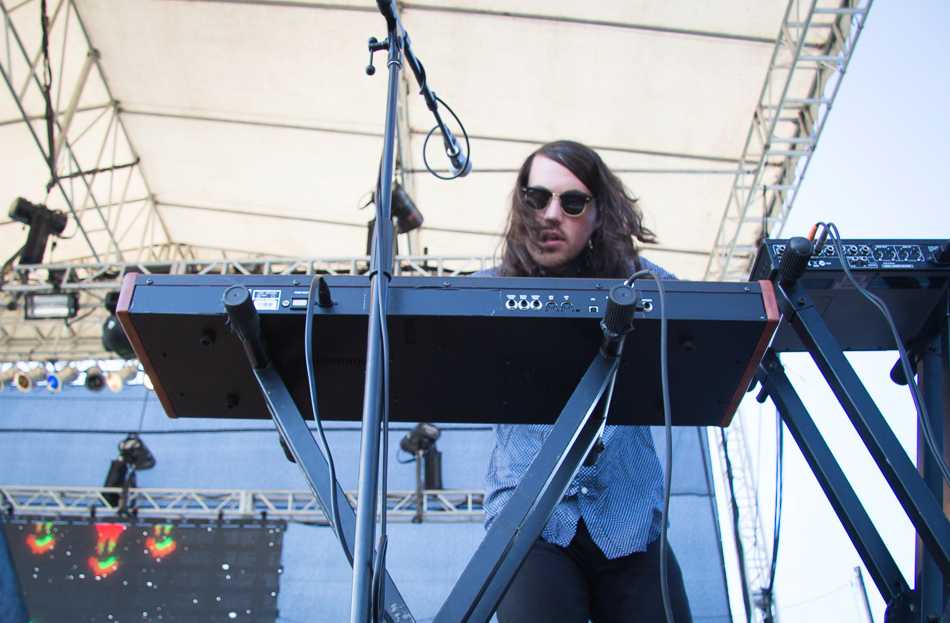 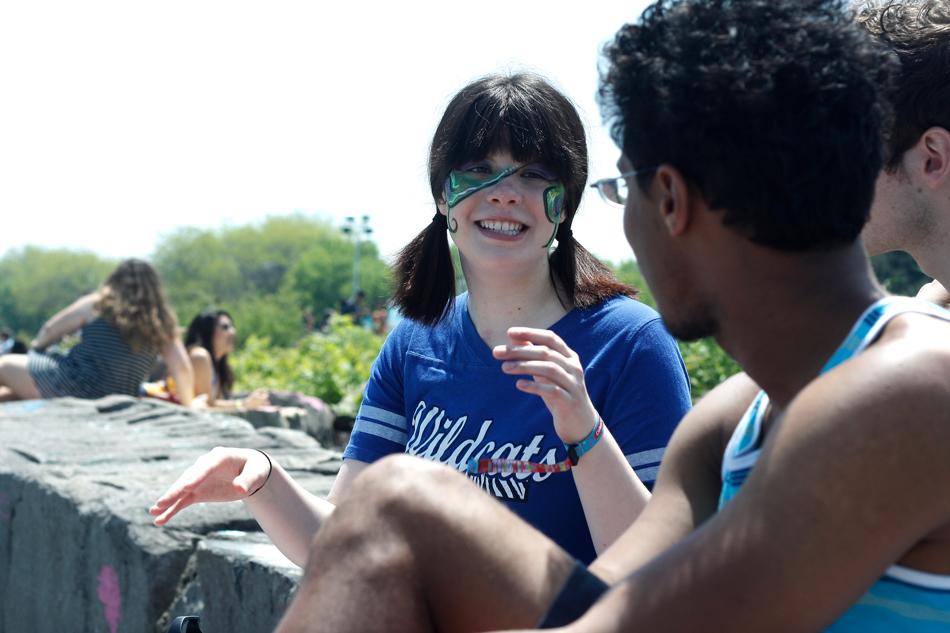 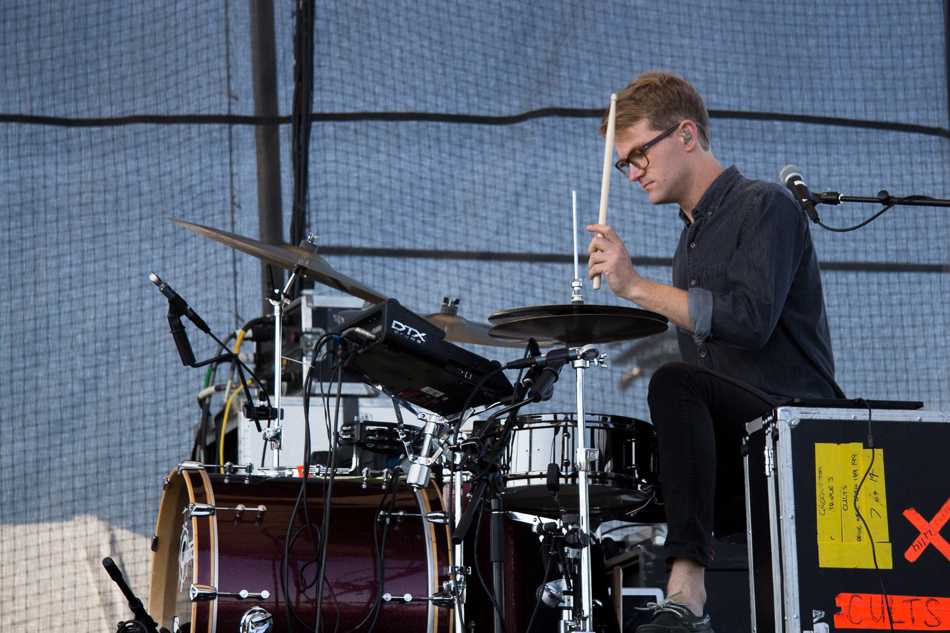 Five local artists played on the second stage, including Sirr TMO, Teen Witch Fan Club and second stage headliner Tink. The stage was a collaboration between music technology company IndieU, WNUR and Mayfest. IndieU had a tent set up near the stage as well, which included giveaways and games. The different artists performed throughout the day, with RUNNING opening the stage at about 1 p.m. 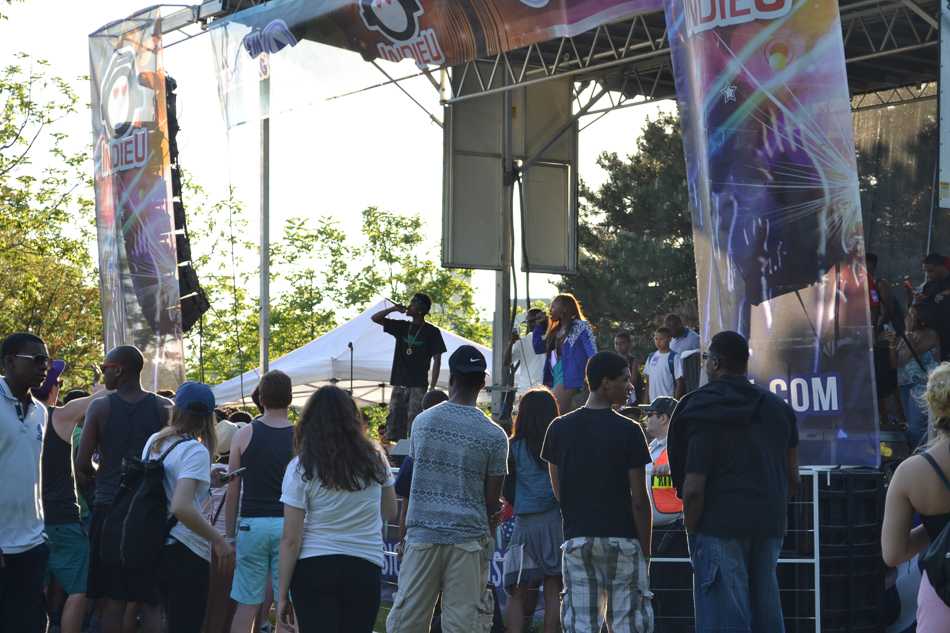 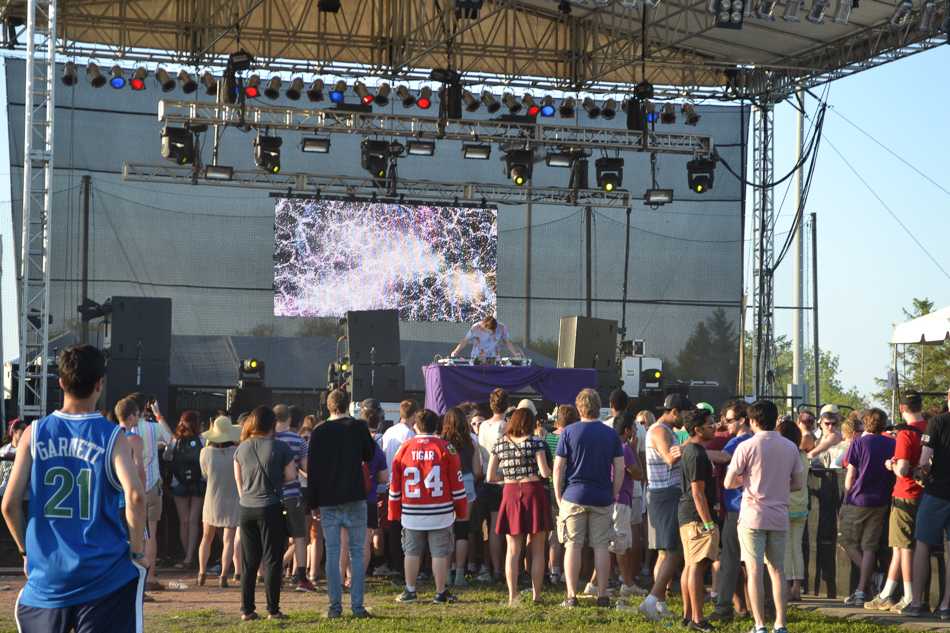 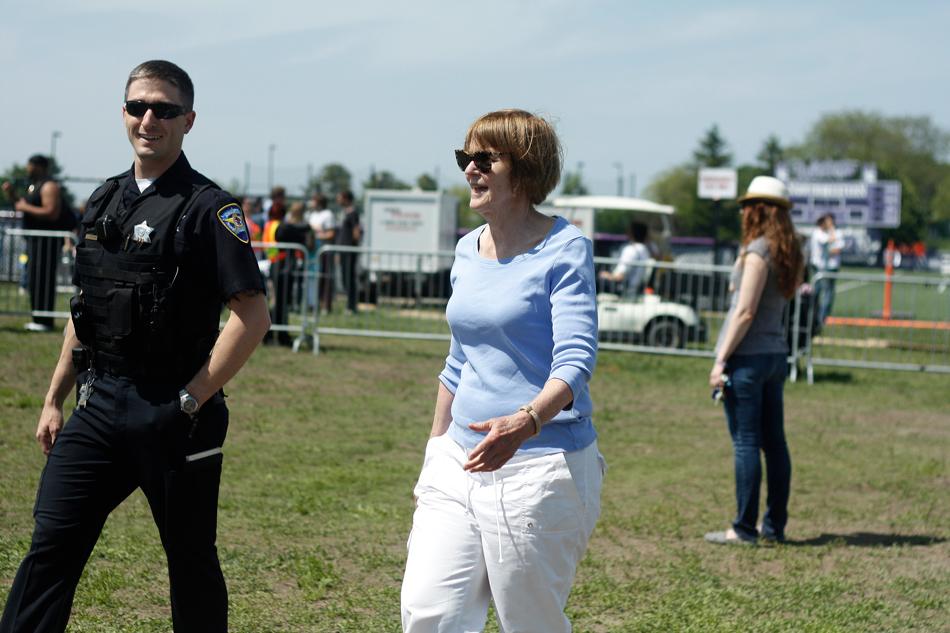 Canadian DJ Ryan Hemsworth opened for 2 Chainz. Hemsworth, who works as a DJ and producer, is known for sampling several artists including Lorde, Cat Power, Grimes and Tink. During his set, he engaged the audience with his mixes and hyped up the crowd for the headliner performance. 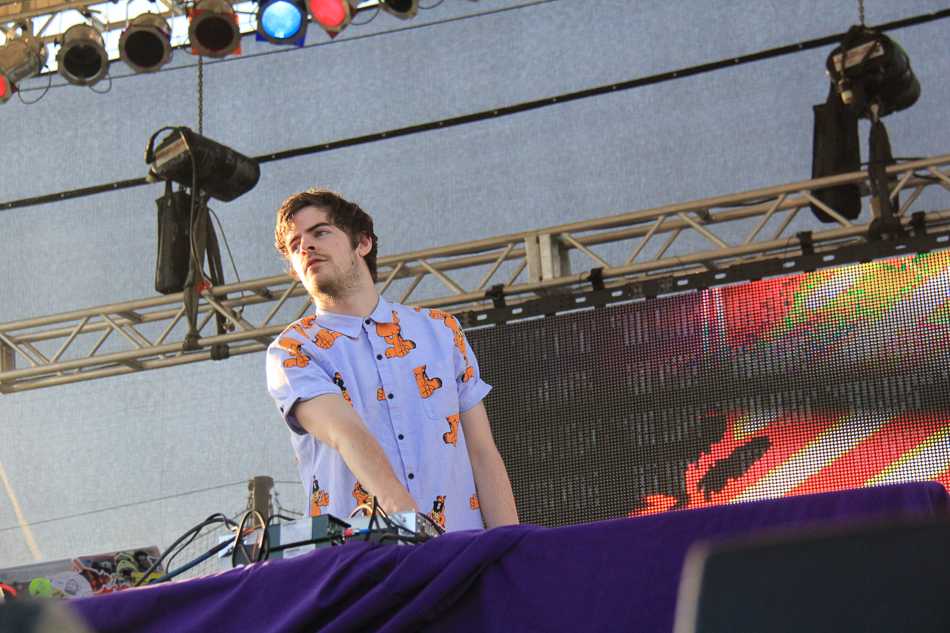 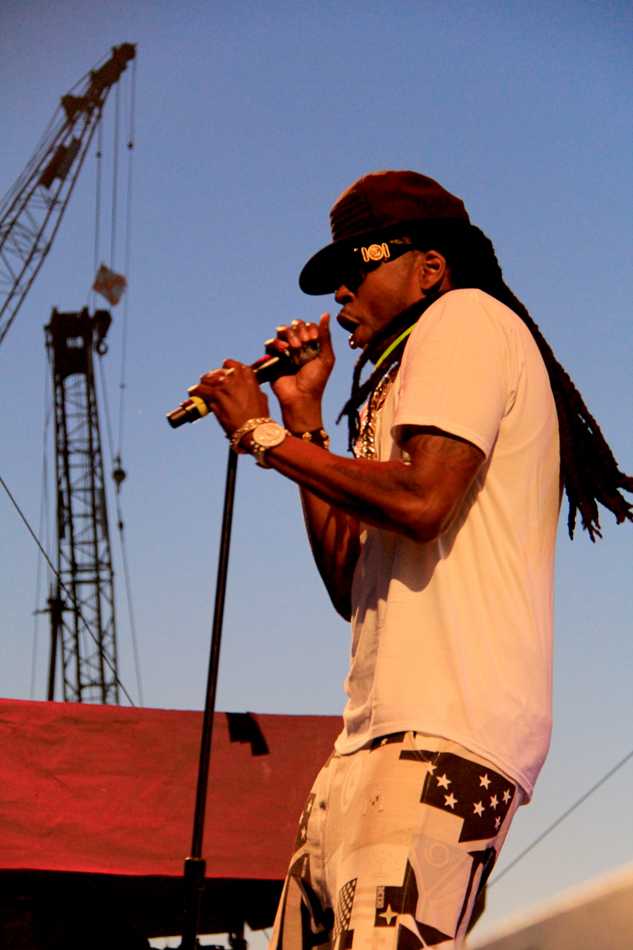 Headliner 2 Chainz began his set at about 8:30 p.m., shortly after Hemsworth completed his performance. 2 Chainz released his debut solo album, “Based on a T.R.U. Story,” in 2012 and is known for his collaborations with other hip hop artists, including Kanye West, Nicki Minaj and Jason Derulo. During the concert, he played some of his well known songs in addition to several songs on which he was featured. 2 Chainz drew a large crowd, with several students sitting on the rocks during the performance and others pushing toward and crowding the stage. 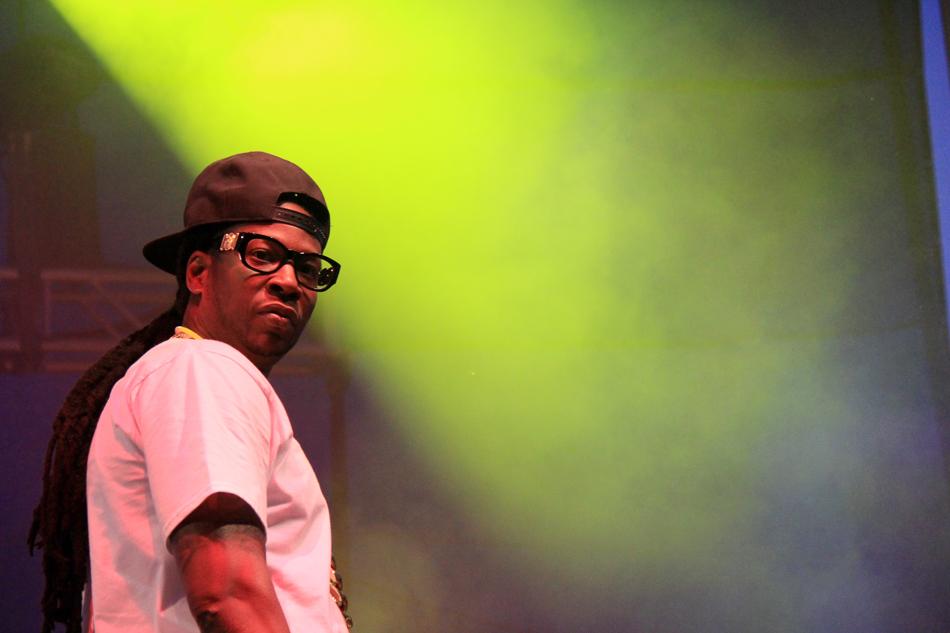 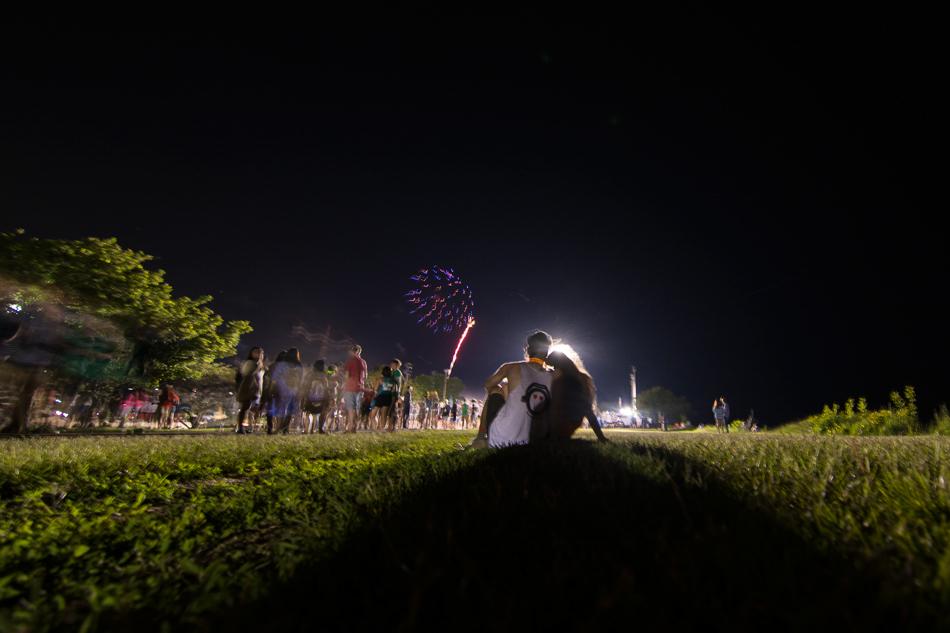