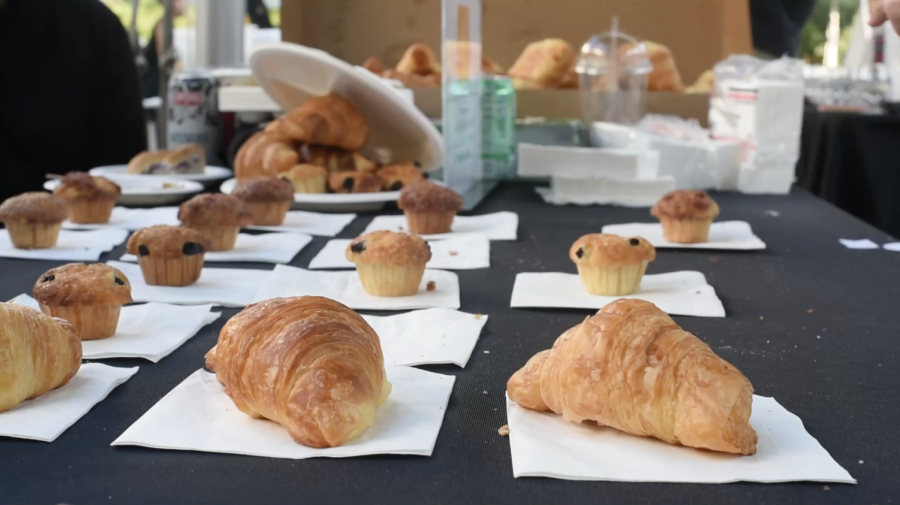 Gathered beneath white tents, attendees of the eighth annual Taste of Evanston spent their time — and money — to whet their  appetites and fight housing insecurity Sunday.

The Evanston Lighthouse Rotary Club hosts the yearly event, which was held at the Charles Gates Dawes House, to fundraise for local organizations. The majority of proceeds will go to Connections for the Homeless and Reba Place Development Corporation, who have been principal beneficiaries in past Taste of Evanston events.

“We’ve always dedicated the majority of our proceeds to some theme, some need in Evanston,” Evanston Lighthouse Rotary Club President Kathy Tate-Bradish said. “The majority of this fundraiser is spent locally and for the last … probably five years, our focus has been on affordable housing.”

Connections for the Homeless helps secure permanent housing and provides financial help to those facing housing insecurity in Evanston, along with providing emergency shelter to people in crisis.

“Housing prices are going up way faster than wages are,” said David Janzen, the current President of the RPDC Board of Directors. “That’s our mission — not just to provide affordable housing for the buildings we’ve got but to develop more housing.”

Along with Tate-Bradish, journalist and event emcee Maudlyne Ihejirika emphasized the importance of organizations laying the groundwork in the fight against homelessness and housing insecurity.

“In a small town like this, Rotary Club really is an engine for kind of coming together to do good work. And it’s all in support of affordable housing, which is like the most important thing we do,” said Biss.

Randy Usen, a longtime member of the Evanston Lighthouse Rotary Club who volunteered at the event, said the club began recruiting restaurants in January. It aimed to feature locally-owned and -operated Evanston restaurants.

“It’s very important to us that we treat our local restaurants well, and that they get the attention from the local community… because they’re supporting this cause,” Usen said. “It’s really become probably one of the more signature events in Evanston taking place.”

Mahmoud Sabla opened Habibi In Mediterranean Grill in December 2019, right before the COVID-19 pandemic. The restaurant’s first appearance at Taste of Evanston was an opportunity to share its food with a wider audience, Sabla said.

“It’s awesome, it’s phenomenal,” Sabla said. “I think every city in Illinois should do the same.”

—In Focus: As Evanston braces for its first ward redistricting in nearly two decades, residents say changing demographics speak to a lack of affordable housing