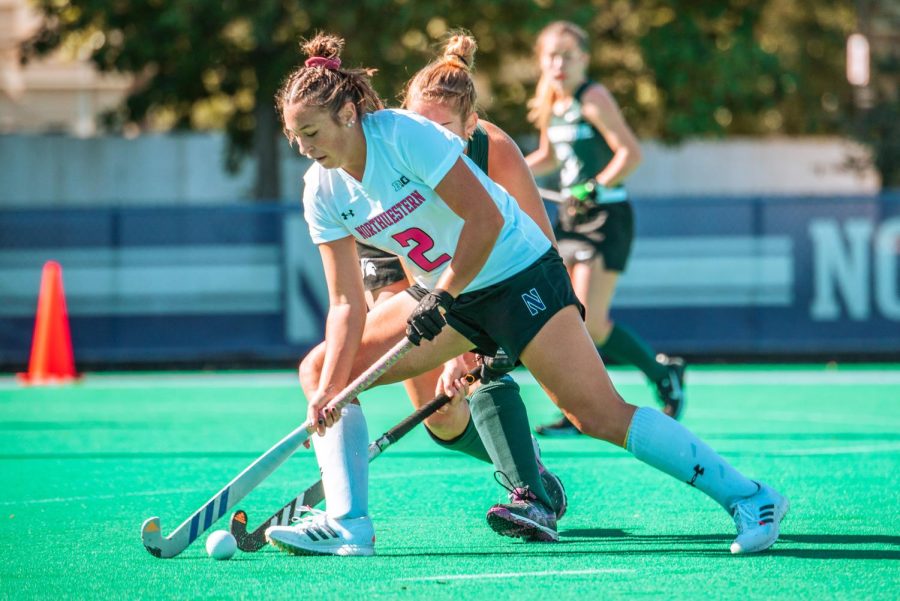 The sophomore goalkeeper and midfielder represent the U.S. on the Under-21 (U-21) women’s national field hockey team, playing, practicing and traveling around the world year-round. Most recently, the team attended the Uniphar 5-Nations Tournament from June 19 to 26 in Dublin, Ireland, where the U.S. played against the Netherlands, India, Ireland and Ukraine.

“We were able to play great competition in Ireland, some of the top teams in the world,” Wadas said. “It’s cool to play against different styles because that’ll make you a better player and better team moving forward.”

To prepare, the team had one week-long selection camp to practice together before leaving for the tournament, as well as three days of practice after arriving. Skubisz said the system is “challenging” with so many players competing in college as well, giving them little time to train before leaving for Ireland.

This tournament was not as high-stakes as the Junior Pan American Championships or Junior World Cup, Skubisz said, providing the team a chance to improve and learn as a system.

Skubisz said her most memorable game from the tournament was playing against the Netherlands, ranked first in the world. Though they lost 4–2, the U.S. held the Netherlands to one goal for most of the game.

“At the end, they came up to our coaches and asked if they could come to the U.S. to play us at some point,” Skubisz said. “That was a really big moment for that team, to understand how capable you are, especially being able to do that after having so little time together.”

Wadas and Skubisz were on the team in August 2021 for the Junior Pan American Championships, but most of their teammates for the 5-Nations Tournament were not.

Skubisz said having more experience and being one of the older girls on the team pushed her to take on more leadership.

“I know what to say more often, which is nice. I can be a bit more of a rock sometimes rather than looking to someone else,” she said.

Wadas was named captain of the team for the 5-Nations Tournament on June 2, her first time in the position since she played for her high school team. She said she looked to her NU varsity teammates as role models for captaining a team, from NU captains Kayla Blas and Peyton Halsey to Alia Marshall, who previously served as captain for the Junior Pan American Championships.

She said she was excited about how the team’s chemistry came through during the tournament, and felt the international experience left the young group well prepared for future competitions.

Skubisz and Wadas, along with NU teammates Chloe Relford and Regan Cornelius, were recently named to attend the women’s 2023 U-21 team selection camp, making them eligible to be named to the team again for the next calendar year.

“I’ve seen how capable this team is, and I just want to help take this team to do something that we can be proud of at the Junior World Cup,” Skubisz said.