Northwestern honors the legacy of Black Chicago in Juneteenth event 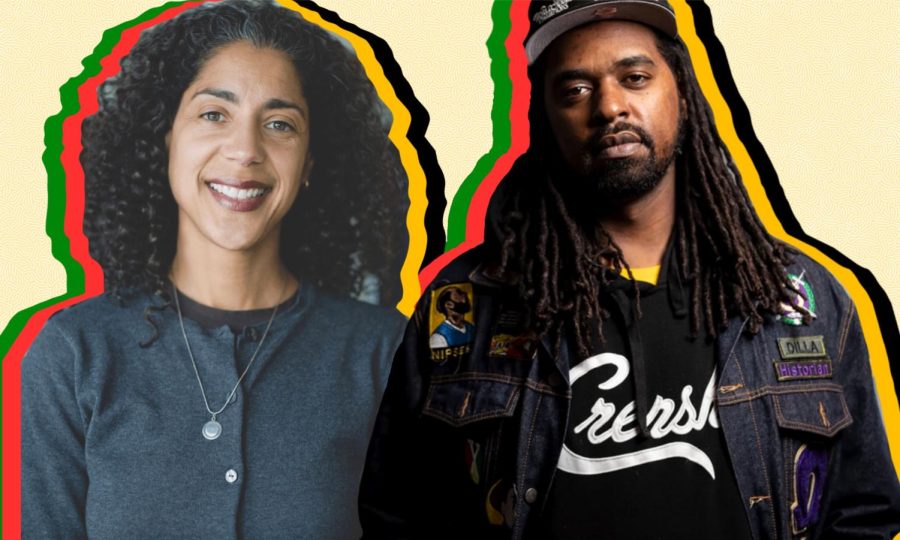 Northwestern hosted its 2022 Juneteenth celebration, “The Vibrant Legacy of Black Chicago,” Friday over Zoom. The Center for Health Equity Transformation hosted the event in collaboration with the NU Office of Diversity and Inclusion.

Held exactly a year after President Joe Biden formally recognized the day as a federal holiday, the event featured speakers Sherman “Dilla” Thomas and African American studies and sociology Prof. Mary Pattillo, who talked about the history and sociology of Black life in Chicago. The event concluded with a Q&A with submitted questions from attendees.

Founded by Dr. Melissa Simon after a decade of community-based research, CHET works to improve health by attacking root inequities in all facets of the field. Feinberg Clinical Research Associate Rabih Dahdouh introduced the event and speakers. Thomas, a historian and TikTok creator, began with a history of Juneteenth and, in particular, how Chicago tied into the country’s continuation of slavery.

“Slavery was legal in the state of Illinois in 1837 down in the southern portion. It was so because that particular area was formerly owned by the Spanish,” Thomas said. “And so because of that, it also … made us a hub for slave catchers from Texas to come to Illinois.”

Chicago was also a major hub for the Underground Railroad, Thomas said. He said in the 1850s, slave catchers would come to Chicago when they were alerted that an escapee made it to the city.

To circumvent the Fugitive Slave Act, he said, constables pretended to check for warrants against the escaped slaves from the city, giving them a chance to slip out through the back entrance.

“Every single time that Chicago constable would take the African American man or woman to the front door, let him out the back, come back to the slave catcher and say, ‘Those Black guys (sure are) fast here in Chicago,’” Thomas said.

Pattillo followed Thomas’s opening remarks with a presentation on Black Chicago as a “metropolis.”

Pattillo also touched on the 40-year declining trend in the population of Black Chicagoans. Even with that decrease, though, she said Chicago has one of the largest Black populations in the country. While Chicago has never been a majority-Black city, Pattillo said, that doesn’t mean its history hasn’t been shaped by Black culture.

“Numbers alone don’t make Black Chicago a Black metropolis,” she said. “That distinction comes from the vibrancy that exists in the organizational and social life of Chicago.”

While Pattillo began her talk by emphasizing the positive sides of Black Chicago, she said she didn’t want it to seem like her celebration ignored ongoing struggles.

“With the constant barrage of Black bad news … many of these things make it very hard to celebrate Black Chicago, and it sometimes makes me sound a little blind to the real hardships and suffering that Black Chicagoans endure,” she said. “I don’t want to do that.”

Instead, Pattillo said, this time of celebration could be focused on finding solutions to systemic issues the city faces, such as gentrification.

Northwestern Memorial Hospital employee Yajaira Navarro, who attended the event, said she was familiar with Juneteenth growing up in Chicago and has celebrated it in the past, but she looked forward to learning more at the celebration.

“You’re always learning, even if you’re not actively going to an institution or taking classes,” Navarro said. “It’s nice to offer these events to everyone because there are people who may not be as familiar with what today might be about or aren’t as informed as they’d like to be.”

Navarro said she had to work this weekend so she could not celebrate Juneteenth like she has in the past, but she felt missing this one day doesn’t make much of a difference. She said she tries to support local Black businesses and other Black ventures in her community year-round.

During a weekend of celebration, Thomas said it’s important to recognize the accomplishments of Chicagoans in working toward freedom.

“I know we celebrate Juneteenth as a holiday that starts in Galveston, Texas, but those folks become free because of a lot of wonderful things that Chicagoans did,” Thomas said.

Clarification: This article has been updated to more accurately reflect The Center for Health Equity Transformation’s role in the event.

— Northwestern will recognize Juneteenth as a University holiday