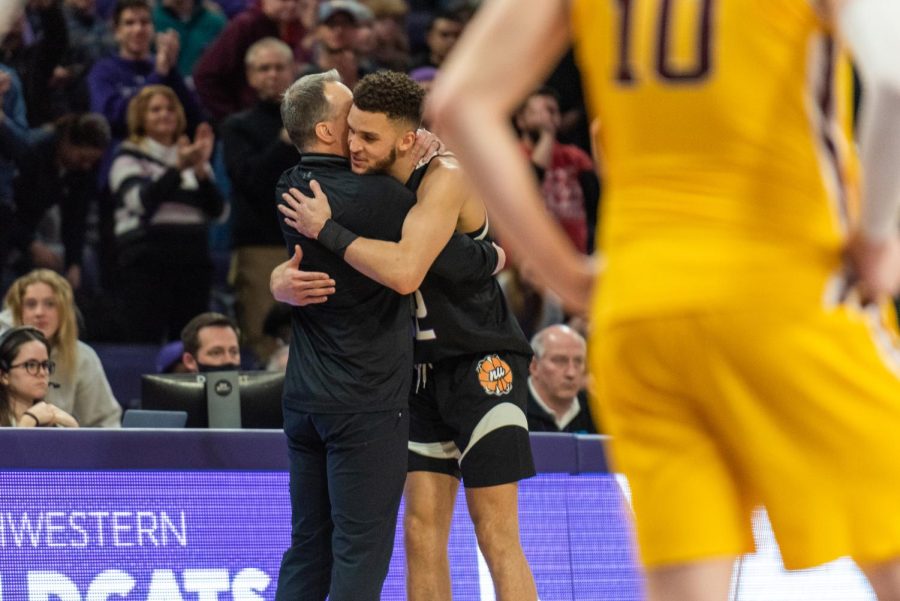 Northwestern forward Pete Nance is transferring to UNC, he announced in a Saturday statement on Twitter.

“My Northwestern family, thank you all so much for the last four years, and for forming me into the man I am today,” Nance said in the tweet. “We’ve been through some high highs, and some low lows, but all for an experience that I wouldn’t trade for the world.”

Northwestern, thank you for everything. Super excited about the next steps.#gotarheels pic.twitter.com/kBcJBmnKnS

Nance played four seasons in the purple and white. He posted career highs in points (14.6), assists (2.7) and blocks (1.1) during his senior year, and also chipped in 6.5 rebounds per game.

The 6-foot-10 forward was the focal point of a Wildcats squad that notched their best record in Big Ten play since the memorable 2016-17 season, when NU made its first and only March Madness run. But the 2021-22 Wildcats only managed a tie for 10th place in the conference standings, failing to make the NIT and NCAA tournament.

On April 25, following the conclusion of NU’s season, Nance announced his intent to test the NBA Draft process while also entering the transfer portal.

After attending the G-League Elite camp and receiving feedback from teams around the league, Stadium’s Jeff Goodman announced earlier this month that Nance would withdraw from the NBA Draft and remain in the transfer portal.

Nance is headed to greener pastures, or at least a warmer climate, in Chapel Hill. The Tar Heels are fresh off a national championship appearance and will see four of five starters return, including potential National Player of the Year Armando Bacot.

The Akron, Ohio native’s arrival in the Tar Heel state should cement UNC as title favorites in the ACC and as the preseason No. 1 team in the country. Nance’s size, shooting and interior defending bodes well for a North Carolina squad looking to replace sharpshooter Brady Manek. Coach Hubert Davis will likely slot Nance in Manek’s former position at the four, creating a formidable frontcourt tandem alongside Bacot.

Nance, who starred at center under NU’s coach Chris Collins, should enjoy a more natural fit at the power forward position for UNC. The 22-year-old shot 49.7% from the field and 45.2% from beyond the arc on 3.1 attempts per game.

“I’m super proud to say that I have graduated from such an amazing university like Northwestern, and the N truly never comes off — I’ll always be a Wildcat,” Nance said in the announcement.