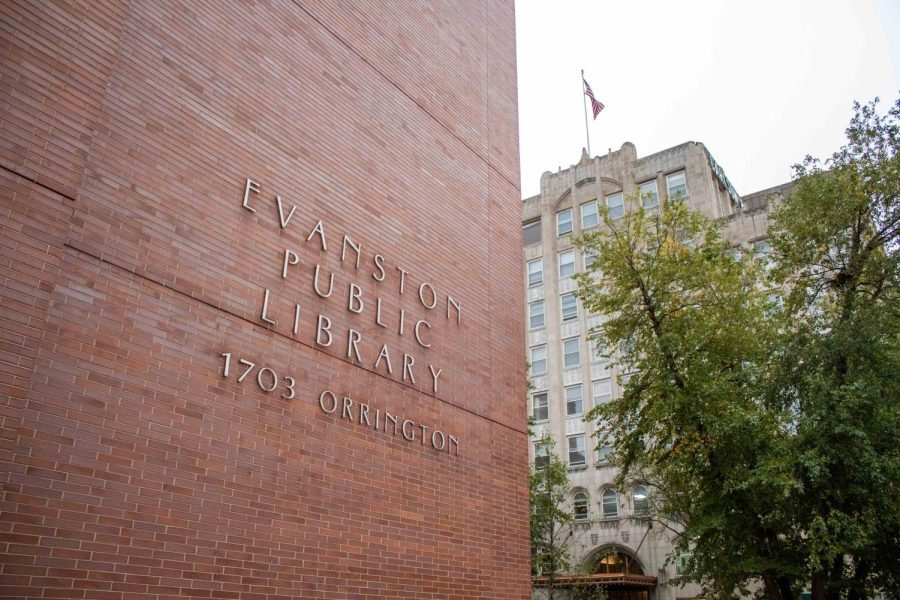 Evanston Public Library. The library is one of the city’s cooling centers during this week’s heat wave.

The worst was over in Evanston by 7 p.m., however, when the storm shifted toward the southeast. The tornado watch was lifted for all Illinois counties just after 9 p.m.

By noon on Tuesday, the weather service placed Evanston, along with several other Chicago suburbs, under an Excessive Heat Warning.

Ahead of the forecasted high temperatures, Evanston encouraged citizens to take a break from the heat and shelter at city-run cooling centers at the Levy Senior Center, Robert Crown Community Center and Evanston Public Library.

Although the Excessive Heat Warning expired Wednesday evening, temperatures will remain hot in Evanston. The expected high on Thursday is 93 F, and temperatures are predicted to be in the low 90s again early next week.

— Severe thunderstorms cause power outages, knock down dozens of trees on campus

—Mayfest will move performances to Patten in event of thunderstorms