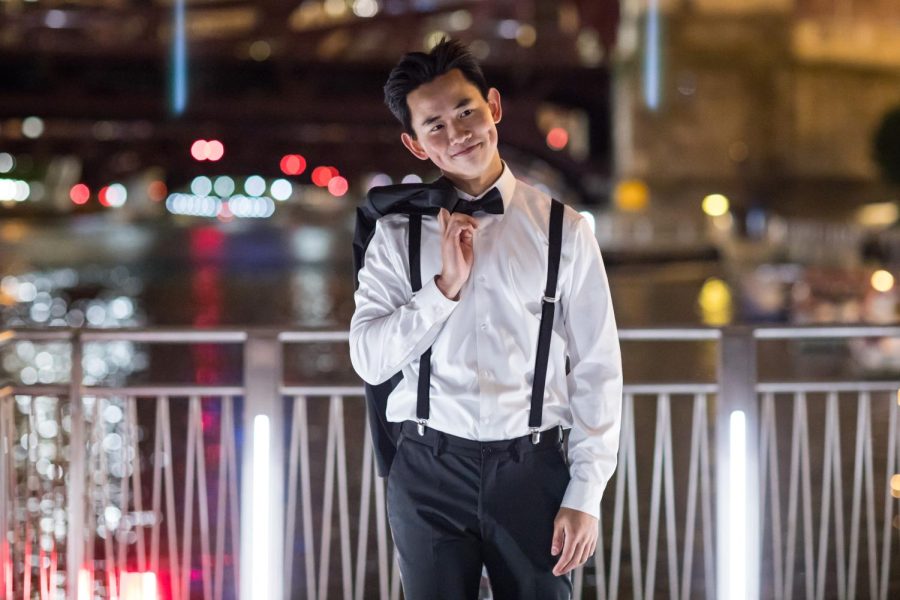 Actor and jazz musician Bryan Eng (Communication ’19) debuted on Broadway as an understudy for the classic comedy “Plaza Suite.”

As an understudy for the classic comedy “Plaza Suite,” Eng acts alongside Tony Award winner Matthew Broderick and Emmy Award winner Sarah Jessica Parker in a production about a married couple’s evolving relationship.

“It’s a small cast, so it’s very familial, and I feel like all of the people are my siblings,” Eng said. “Our (production) is very unique because we’re in a limited run, so nobody is coming and going.”

Acting on Broadway is only the tip of the iceberg for Eng. Since the Maryland-native started singing and playing piano at the age of 5, he’s acted in feature films and commercials and performed in various venues and theatres across the country.

Communication Prof. Ryan Nelson said Eng came into college wanting to become an actor, but also had an interest in musical direction.

Under Nelson’s mentorship, Eng orchestrated music for a multimillion dollar gala hosted by Stephen Colbert at 19 years old after a year of study.

Shortly after, he produced his own crowdsourced jazz album entitled “20,” which featured his talents as a singer, pianist, arranger, orchestrator and executive producer leading a 27-piece jazz orchestra.

“What sets (Eng) apart is he understands the amount of work it takes to do something well, and he pushes himself really hard to experience what the highest level of everything is,” Nelson said.

During his underclassmen years, Eng said he “said yes to everything” in NU’s performing arts scene. He signed with a talent agent and made his television and Chicago theatre debut as a junior.

Along the way, he said his parents had the biggest strategic and business influence on his career.

“My dad’s phrase that is always on my mind every single day is ‘Iron’s in the fire,’” Eng said.

He said he found a mentor in jazz pianist Emmet Cohen by direct-messaging him asking for free lessons in exchange for his knowledge of social media branding during the pandemic.

“I love acting, I love music and I love the hustle,” Eng said. “I see it as an art in itself and thankfully, between the three of those things, it has given me tremendous opportunity so far.”

Cohen said he usually didn’t teach due to his busy schedule. However, he said he could tell there was something special about Eng after their first lesson together.

He recalled how Eng would complete months’ worth of work within each weekly lesson.

“He was one of, if not the hardest working student I’ve ever seen,” Cohen said. “He’s highly intelligent, asks all the right questions and is talented in many ways which I think is something that many jazz musicians lack.”

As a self-described “in-the-moment kind of a guy,” Eng said he loves performing for how good it makes him and others feel. When faced with challenges, Eng said he puts faith in his uniqueness and belonging in every situation.

“It’s always been a combination of God looking out for me, and I try and do everything that I can, and I have amazing people in my life,” Eng said. “Between those things, anything’s possible.”