The Daily Northwestern • May 27, 2022 • https://dailynorthwestern.com/2022/05/27/city/qa-learn-about-grosse-point-lighthouse-and-the-keeper-who-maintains-it/

Q&A: Learn about Grosse Point Lighthouse and the keeper who maintains it 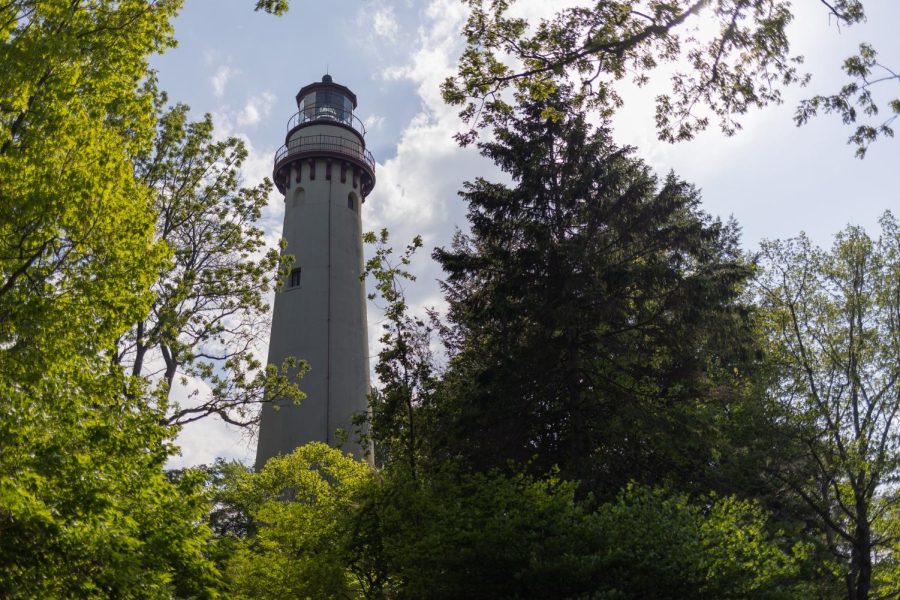 Grosse Point Lighthouse. Built in accordance with a congressional order following resident demand, the lighthouse has been guiding ships to Chicago’s ports since 1873 and continues to today.

Built by way of a congressional order in 1873, the Grosse Point Lighthouse has a long history of lighting the way to Chicago from the Evanston shoreline.

The lighthouse is a national historical landmark, named for French explorers who thought they were the first to chart the area. After a passenger steamer was wrecked off of the shore in 1860, Evanston residents petitioned Congress for a lighthouse to prevent future accidents.

This summer, the lighthouse will be open to the public once again at limited capacity to account for COVID-19 restrictions. Each year, the lighthouse closes for the winter, waiting to greet visitors in the summer. This time, it will reopen the first weekend of June.

But it doesn’t just sit there when it’s closed to tours. Still fully operational, the lighthouse is now a private aid to navigation, guiding ships to the Chicago ports monitored by the U.S. Coast Guard.

The Daily: What is the significance of the lighthouse’s past?

Terras: It’s one of few reminders of the large shipping industry that was part of Illinois history. The port of Chicago was, at one point in time, busier than both New York and San Francisco combined during the 1860s and into the 1870s.

The Daily: How did you become lighthouse keeper?

Terras: I grew up in Evanston, so I’ve been aware of the lighthouse. I’ve always been interested in history, although my degree is in anthropology. When this position became available, I was working at the Evanston Historical Society and I just went from the Dawes House, another national landmark, to Grosse Point Lighthouse.

The Daily: What does your role as lighthouse keeper mean to you?

Terras: I feel a link to the past in terms of having the title. Keepers had great responsibility in keeping the lighthouses around the country lit so that the shipping industry – which really was the foundation of this country to begin with – was kept going for transportation services or for people or for the shipping industry and getting to the ports around the Great Lakes.

The Daily: What does the preservation of the lighthouse and grounds mean to Evanston?

Terras: I’ve seen lots and lots of lighthouses in my time here around the country, and this is a pretty nice experience for what we have. It doesn’t have a very large reservation — in other words, the land around the lighthouse — but we’re very fortunate to have other groups of people that utilize the site in ways that are complementary to what we do here. The Garden Club of Evanston folks help out with the gardens. We all try to keep this as a kind of sanctuary for the citizens of Evanston, knowing in order to do that, it takes a lot of forethought and effort and sensitivity.