NU Declassified: Washing off the Mudd 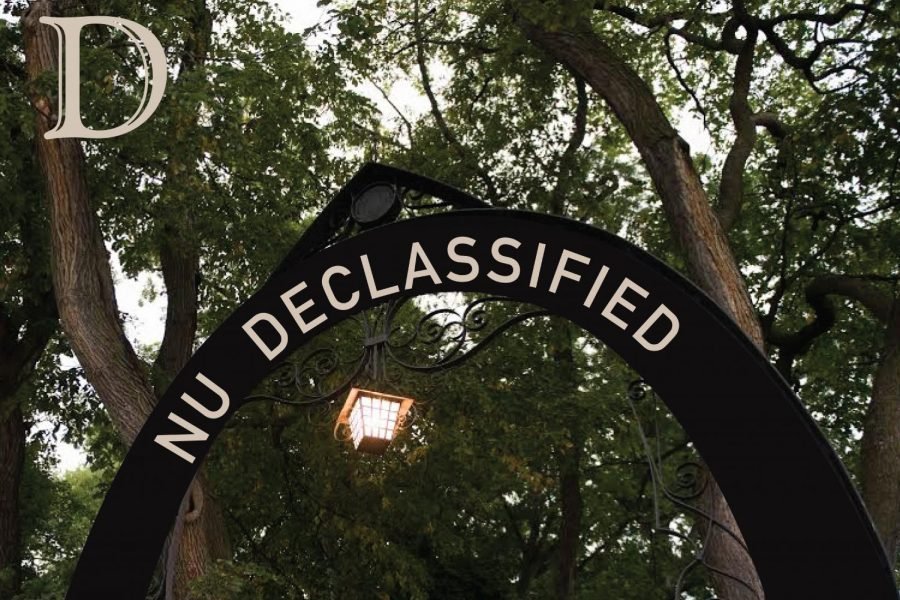 The showers in Mudd Science and Engineering Library and other academic buildings are often joked about on campus, but these showers may help faculty and the planet more than we think. Or at the very least, students have enjoyed taking a splash.

[sound of water coming out of a shower head]

ANITA LI: This is a sound few Northwestern students have heard before: water gushing out of the third-floor shower in Kresge Hall. That’s right. In fact, there’s multiple showers in Kresge, both on the first and third floor. Never heard of it? Well, neither have some NU students.

LAUREN MALENFANT: I think I’ve seen the Mudd one, but that’s it.

IAN PARK: I’ve never heard of anybody actually using the showers, I just thought it was a joke.

ANITA LI: And I don’t blame them. These showers are in buildings like Mudd (Science and Engineering Library), Kresge, Ford (Center) and Harris (Hall) — places where people may not need a shower. In fact, we know so little about them, I don’t even have an exhaustive list of where they all are.

ANITA LI: From The Daily Northwestern, I’m Anita Li. In this episode of NU Declassified, we’re gonna do a deep dive into these seemingly random showers at Northwestern. First, a couple students who had never used the showers before decided to give it a shot — let’s get wet.

ANITA LI: So, Justin and I are currently on the third floor of Kresge, right by the elevators because there are showers here. Justin, what are you gonna do today?

JUSTIN DONG: You were desperate and no one else was saying yes. So I was like, “Ok, why not? You know, it might be fun. I can tell them I’ve showered in one of these showers before.”

ANITA LI: In the third floor of Kresge, the shower stall is in the bathrooms and features a toilet on one side and the shower on the other. It’s pretty big.

JUSTIN DONG: Should I start?

[sound of shower turning on]

JUSTIN DONG: This is definitely a weird experience, but I don’t know, it feels good now. Okay I’m gonna condition!

ANITA LI: After Justin finished shampoo, conditioner, body wash and playing around with the shower handles —

JUSTIN DONG: I think it changes the water pressure. Oh no, never mind, it just changes how the water comes out.

JUSTIN DONG: I felt like it was gonna be a really bad shower, but this water pressure was good, the temperature was actually, like, decent water temperature. It was like trying a new rollercoaster that you’re scared of, but you finally had the courage to do, so I would recommend this. But I wouldn’t do this of my own volition.

ANITA LI: Why not?

JUSTIN DONG: Too inconvenient to come here to shower any time I want. I’m never in Kresge.

ANITA LI: Lizzie thought the shower in the second floor Mudd bathrooms was cleaner than the shower in her dorm, West Fairchild (International Studies Residential College).

[sound of water from Mudd shower]

LIZZIE WILKERSON: if I lived on North Campus, and if I wanted to do my full routine here, I would be comfortable doing my full routine here. I don’t understand why I would if I lived on campus, but if I was an upperclassman living off campus and maybe I went to North Beach for the day and I wanted to rinse off before going home, I’d be comfortable doing it here. It’s nice — it’s an entirely separate room from the bathroom, so it does feel very private.

ANITA LI: But Lizzie said she wished the showers had better water pressure and shelves for storage. Currently, the showers just have a couple of hooks. Speaking of hooks, both of these shower experiences had one sound in common.

ANITA LI: When Justin showered in the Kresge shower and when Lizzie showered in Mudd, they both had some loose screws. No, not them, the hooks! They didn’t seem to be properly attached to the walls, so they fell on the ground.

But despite the fact that I’m getting a Bachelor of Science, I’m not an engineer. Let’s go back to what Justin and Lizzie have to say. They both felt like a lot of NU students joked about showering in Mudd.

JUSTIN DONG: Now I have all the bragging rights. People always joke about it as well, like, “I’m gonna shower in the Mudd shower,” but they never actually shower. I actually did shower in there.

LIZZIE WILKERSON: I just think it’s silly because you think of a library as a space to study, and so then to have a shower, it’s interesting. A library doesn’t typically require you to sweat a lot. I guess, unless you’re in McCormick, it might be rougher.

ANITA LI: While it’s definitely possible that many students, including me, have joked about using the showers in Mudd, yet never actually ventured under its misty spray, some students like McCormick junior Anchen Tong, have dared to do it. He first discovered the shower in the men’s bathroom in Mudd freshman year, and this year, he decided to give it a shot.

ANCHEN TONG: One day, I just brought a change of clothes with me, and decided I would go and use it. It was a really good shower, actually, which shouldn’t be surprising because Mudd is a relatively new building. The flow was fine, temperatures are great and all that. Clean as well because probably because no one uses that.

ANITA LI: But despite Anchen’s satisfaction, he doesn’t see himself showering in Mudd again.

ANCHEN TONG: It’s a useful resource to have, it’s just like, it’s a bit of a hassle because you need to bring a change of clothes, you need to bring a towel to dry off with. It’s really just whether you think that it’s worth the time and effort to bring all your stuff down there that you need.

ANITA LI: Anchen’s right. For anyone living on campus or nearby, it might not make much sense to bring all your stuff to another building. But that doesn’t mean these showers are useless. Julie Cahillane, Associate Director of Sustainability at SustainNU said for those who bike or jog to work, these showers are essential.

JULIE CAHILLANE: Showers in office facilities are fairly common these days. They support sustainable transportation options, such as cycling or walking, and provide an option for individuals to freshen up once they get there. So, it supports the health and wellbeing of occupants as well as sustainable transportation. I’m a cyclist and I often cycle to work, and in the summer it can be pretty hot. It provides the opportunity to freshen up and be ready for your professional work day.

ANITA LI: She said she uses the showers in 2020 Ridge (Avenue, Facilities Management).

According to NU’s 2018 Transportation Survey, which is the most recent one, about 50% of respondents said that having more on-campus shower facilities would make them more likely to bike. Out of everyone who commuted by bike, faculty were about four times more likely to want showers than off-campus students.

Julie said in recent years, NU pledged to have all new constructions be LEED-certified,which means they must be environmentally-friendly according to a complex point system. And having showers in buildings promotes cycling, which gives projects more LEED points and thus brings them closer to certification. So, it sounds like we might be seeing more showers pop up around campus in the future, too.

ANITA LI: From The Daily Northwestern, I’m Anita Li. Thanks for listening to another episode of NU Declassified. This episode was reported and produced by me. The audio editor of The Daily Northwestern is Lucia Barnum, the digital managing editors are Will Clark and Katrina Pham, and the editor in chief is Jacob Fulton. Make sure to subscribe to The Daily Northwestern’s podcasts on Spotify, Apple Podcasts or SoundCloud to hear more episodes like this. Happy showers!

— New parking and showers for cyclists at Chicago campus