The Daily Northwestern • May 26, 2022 • https://dailynorthwestern.com/2022/05/26/lateststories/roycemore-school-breaks-ground-on-innovation-center-promotes-student-agency/ 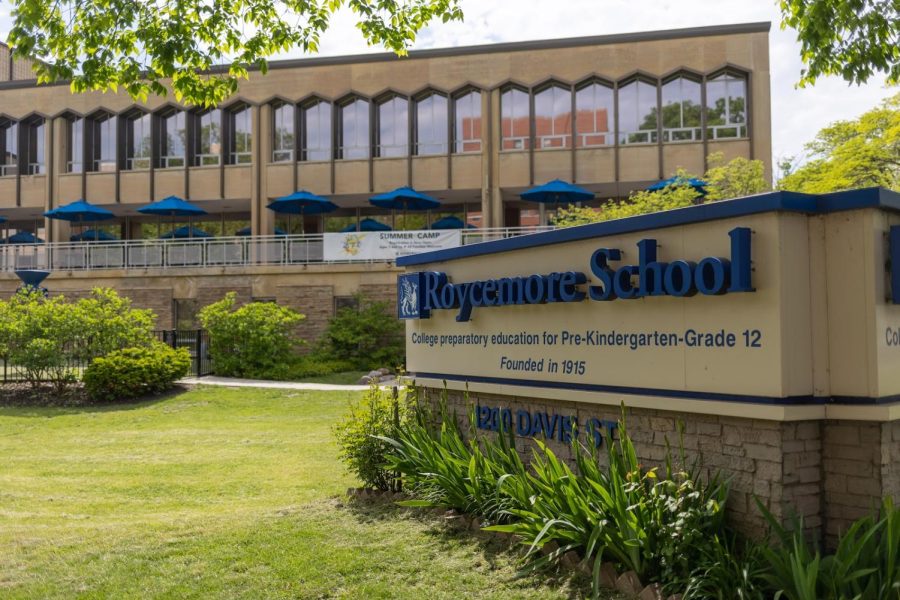 In his junior year at Roycemore School, Hanu Snyder decided to take his 2020 January Short Term project – completed by upper school Roycemore students – and create a space on campus dedicated to his peers. Snyder, an architecture buff, designed a makerspace, a place for students to utilize technology for innovation.

Roycemore broke ground on its Innovation Center on Thursday, dedicating 6,000 square feet to the makerspace Snyder modeled. Roycemore plans to outfit the center with creation tools suited to a variety of mediums. These include a fabrication lab featuring 3D printers and sewing machines, a student lounge and a digital media studio with sound booths and editing suites.

Snyder, a Roycemore 2021 graduate who is taking a gap year before heading to the Massachusetts Institute of Technology to study architecture next fall, said he is excited to see what the space becomes when students can use it.

“That’s really where it will come to life, not necessarily the vision that any one person has, but the effect that the whole community can have to bring that space into being,” Snyder said.

The project was mainly conceptualized by Snyder and then-middle schooler Aidan Scheidt. Snyder said he initially knew he wanted to focus on architecture for his project, but he began designing a makerspace at Roycemore Head of School Adrianne Finley Odell’s suggestion.

Odell connected him with Scheidt, who had previously surveyed students for a project about what should be done with Room 200, the empty space that will now become home to the Innovation Center.

In the survey, many students said they wanted a digital fabrication space with tools like 3D printers, Scheidt said.

Snyder emphasized the importance of including student input, like the suggestions collected in Scheidt’s survey.

“That’s really one of the most important parts of the makerspace — you want to have things that students are going to want to use versus things that just sit there,” Snyder said.

With Scheidt’s findings in mind, Snyder worked with a local architect to design a space catering to students’ visions.

Snyder presented his project to Roycemore’s Board of Trustees in early 2020. Although plans were partially halted due to the COVID-19 pandemic, the Board approved the development of an Innovation Center in June 2021.

“We are a… school that focuses on student agency and voice and choice,” Odell said. “So just the fact that we are creating spaces in the innovation center that are responsive to what the students are saying they want to do and how they envision using the space is really unique.”

Board Chair Kathleen Scheidt, who is Aidan’s mother, said the makerspace was the ideal use for Room 200, which had been purposely left empty to accommodate future needs.

“There is this very large unused space that as we have seen the enrollment of the school growing and the focus and needs of education changing to really look at innovation and problem solving, it was a nice confluence of opportunity to pursue, explore what the school could do with that space,” Scheidt said.

The Innovation Center will be solely funded by donors. Odell emphasized there is a “huge commitment financially” to the center and the school itself, where about half of students receive financial aid.

Currently, Odell said, the center is about halfway toward reaching its $3 million funding goal.

Now a freshman, Aidan Scheidt said that, because the makerspace is becoming a reality, he feels empowered to continue to innovate on future design challenges. Scheidt said he hopes to enter the spaceflight, biochemical engineering and medical fields.

“It’s the first time that I’ve had a project of this scale actually go on to something like this,” Scheidt said. “It’s really exciting because it makes me think about all the other things that I could do with help from the community and big ideas.”

— Roycemore School names Christopher English as next head of school