The Daily Northwestern • May 26, 2022 • https://dailynorthwestern.com/2022/05/26/ae/jewish-theatre-ensembles-spring-awakening-production-explores-generational-knowledge-and-sexuality-imagines-a-better-world/ 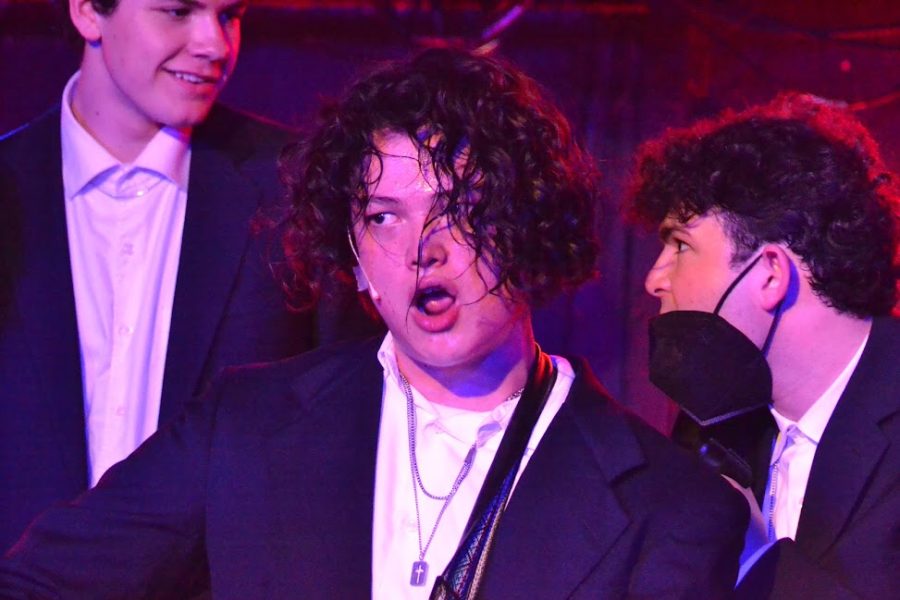 Three schoolboys sing a song of frustration with authority in “Spring Awakening,” a play about budding adolescent sexuality in a repressive society performed by Northwestern’s Jewish Theatre Ensemble.

The show explores the consequences of an adult society that fails to teach its children about adolescent sexuality and sex education.

Communication junior and Director Sunnie Eraso said the production also highlights the power of young people to imagine a better world where they are educated about these topics and are free to express their sexualities.

“In particular, our production is looking to center how these characters can imagine this world through the unfettered self-expression of the song world in the musical,” Eraso said.

Communication junior and Producer Rachel Schmaier said she is passionate about building community. She said it was special to bring together many voices and help everyone bring their designs to fruition.

She also said the final song “The Song of Purple Summer” highlights a central concept in the production.

“In this song, we as a cast and a rehearsal room and a team, as well as an audience, imagine what a better world could look like together,” she said.

While thinking through shows they wanted to direct, Eraso said they thought about why the theatre community keeps staging shows with violence. For them, “Spring Awakening” lets the characters sing and have a space for processing with a community.

“To be able to mirror that, not only within the characters that we see on stage, but also within our community of actors and of team members was really, really important to me,” they said.

Eraso also said in Chicago, there has been a movement uplifting the work of intimacy directors who help actors with conversations about sex and intimacy in a way that doesn’t cause harm.

“It blew apart my notions of what I thought intimacy could be on stage,” Eraso said.

Communication sophomore Reilly Oh plays Moritz Steifel, who he describes as a “poet at heart.” Oh said that Moritz symbolizes what happens when you do not teach your children about sexuality, and when they are punished instead of loved.

Oh said he does not want to put himself in the mental and emotional space of the character’s mental health because it can be unsafe for an actor, so instead took a different approach.

“What has helped me is seeing how Moritz makes his own moments of joy and then how other people take them away, and how that has really informed my acting decisions,” he said.

Oh said the show contains heavy, difficult material but the creative team has done a “marvelous job” of making them feel safe and comfortable.

“They’ve all been so incredibly helpful in helping us understand our characters and the piece, but also helping us feel like we can feel free to make mistakes and make new discoveries,” he said.

— Humanity from a Jewish perspective: JTE premieres student-written plays at A Night of New Work

— Captured: “Islander,” an a cappella musical with two actors and 27 characters