The Ripple: Out sick 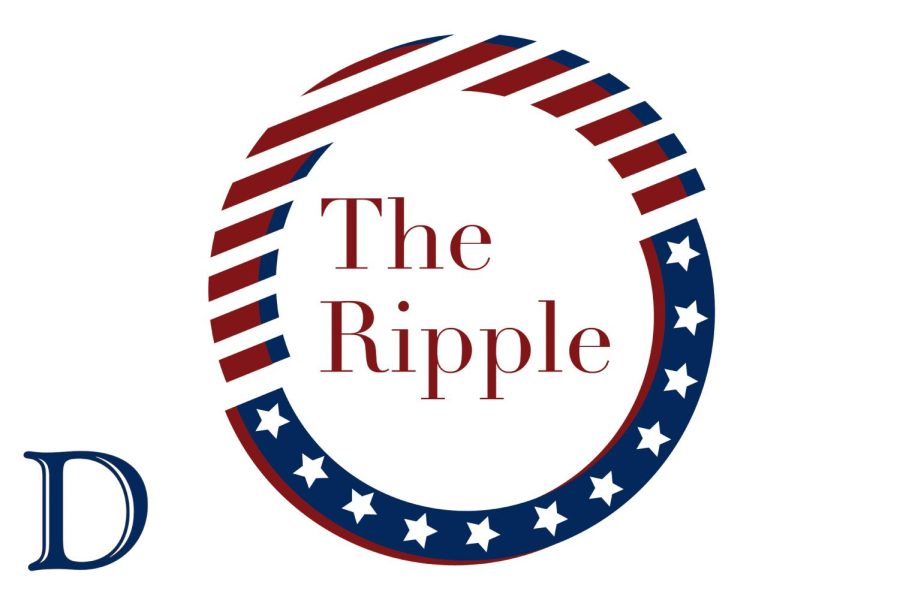 After spending months out sick with long COVID-19, Dave Z returned to work at Chicago O’Hare Airport the week the city’s mass transit mask mandate was lifted. We talked three times over the past month about how he’s navigating it all.

DAVE Z: I came down with COVID Christmas Eve Eve. So, the 23 of December. And I’ve had horrible headaches ever since then. I know I picked it up at work. I know it was the airport. I could pretty much tell you the clown that gave it to me.

Initially, I would wake up every day like, I’m going to go to work, I’d have my lunch bag ready the night before. We have to wear uniforms, soo my uniform is ironed, ready to go. And you just hope that you could fall asleep and wake up without it. And I would wake up every morning and it’s just — there’s no way.

At that point, my wife is still asleep. She’s the most supportive, even now, without bringing in income. She’s like, “We’re a team, just get better. We’ll get through this.” I am the luckiest man alive.

MAIA SPOTO: After spending months at home in recovery from long COVID-19, Dave Z was finally cleared to return to his Chicago O’Hare Airport customer service job at the end of April. Dave asked me to only use the first letter of his last name for privacy reasons.

DAVE Z: ​​My doctor yesterday — I went to a COVID specialist — and he said that for a lot of people like me, it’s an equivalent to having PTSD, where you’re going back to a place that really got you sick. PTSD, I associate with people that have been in a war, not somebody that had COVID. But I kind of see the analogy there.

MAIA SPOTO: But just days before he went back to work, the Chicago Department of Aviation lifted its mask mandate, throwing an extra layer of fear into his plans.

In the weeks since, Chicago and other major cities across the U.S. have largely kept those mask mandates off the table. At the same time, new subvariants of omicron are driving a surge in cases that’s hitting the Midwest especially hard.

From The Daily Northwestern, I’m Maia Spoto. This is The Ripple, a podcast exploring the effects of state and national politics on the Chicago, Evanston and Northwestern communities.

A quick note: when we talk about long COVID, we mean the range of symptoms associated with COVID-19 infection that last for months, or even years. Researchers don’t know a lot about the condition because enough time hasn’t passed to fully study the effects of the virus. But some studies show that more than one in seven working-age Americans are affected by it.

Today, we’re looking at how local pandemic safety policies have forced Dave, like many other workers in Chicago, to put his body on the line.

I checked in with Dave three times over the past month to get a sense of his experience with long COVID. We also spoke about what it’s like to return to work at O’Hare’s customer service desks right now, and about how Dave’s wife, who works from home, has supported him through it all.

The first day we talked was April 21, his first day back at work since long COVID forced him to take an extended and unpaid break. Here’s how Dave said it went.

MAIA SPOTO: One of Dave’s most prominent long COVID symptoms is persistent headaches. On a scale of one to 10, Dave’s headache that day was at an eight.

DAVE Z: The first thing I noticed: We used to have Plexiglas up at the gate areas and things like that. And I talked to my coworker, and she’s like, that went away. As soon as that judge made the ruling, they were out pulling down the Plexiglas, all of that. I would say roughly a third of people were still masked.

MAIA SPOTO: And how did that make you feel?

DAVE Z: Pretty uncomfortable. You know, I’ve had it. I still have the long term effects. Vaccinated twice, double boosted, still wound up with it. I don’t want to get it again. I don’t want to put my loved ones at risk. So, a little irritating.

MAIA SPOTO: He takes the CTA train to work, and it’s absolutely packed with maskless people. Dave, on the other hand, wears a quad-layer bamboo mask. His man purse is stocked up with N95s and Purell.

He’s seen videos circulating on social media where unmasked passengers have gone up to people in the airport and confronted them, asking them to take their masks off. If that ever happens to him, he thinks he knows how he’ll respond.

DAVE Z: I imagine I’m gonna have a smart aleck remark. Knowing what I’ve gone through, I’m not going to just sit there and say, “Well, no, it’s my personal choice.” I’ll probably tell them they look ridiculous with their cargo shorts on, or you shouldn’t wear white socks with sandals.

MAIA SPOTO: For his first day back, Dave spent most of his time in a training room, largely away from the passengers he typically works with. His coworkers welcomed him back, but over the past few months, he said communication from O’Hare leadership hasn’t been all too warm.

I explained, “I’m going for brain MRIs, all of this.” Not, “How did that happen?” You know, “What were the results?” “How are you feeling?” Anything like that. It was  just like, “Why weren’t you here the last couple of weeks?”

MAIA SPOTO: The week before we chatted for the first time, Dave had an appointment for a brain scan to address his headaches.

DAVE Z: I almost wanted them to find something. Like, not that — nobody ever wants a tumor. But find something there that I could explain why I’ve had this. Do what you have to do to get rid of it. They found nothing, so I’m back to where I am. I just kind of have to wake up and see how I feel.

MAIA SPOTO: To reduce the ongoing pain, he’s caught in this complex math equation. He’s alternating between a bunch of pain meds to quiet down the headaches, like Aleve, Advil, Tylenol and Excedrin. But those meds seriously disrupt his stomach. Some days, his head is pounding. Other days, he’s wildly nauseous.

DAVE Z: There’s just no answers. I had rotator cuff surgery years ago. I know it was gonna be roughly six months and I’d be fine. Okay, you know, there’s light at the end of the tunnel here. Here, you just don’t know, and that’s the most frustrating thing.

MAIA SPOTO: By the way, I reached out to the Chicago Department of Aviation’s Media Relations Office to get confirmation about when the Plexiglas was taken down, and also to understand what O’Hare’s policies are for communicating with employees who have long COVID. The CDA’s media office handles press inquiries for O’Hare and Midway International Airports. Their reps said different companies at O’Hare, like airlines, city agencies and concessionaires, each have their own policies regarding things like sick leave. They did not answer my question about the Plexiglas.

MAIA SPOTO: About a week passed before we spoke again. Dave got out of training, and for the most part, things were going well with his coworkers and passengers. He said earlier that upper management wasn’t reaching out too much to ask how he was feeling — but his coworkers were a totally different story.

DAVE Z: Everybody was like, “God, I missed you. I’m glad you’re feeling better.” You know, stuff like that. That was really cool.

MAIA SPOTO: The passengers weren’t too bad, either. It wasn’t super busy at the end of April, so he had plenty of time to use hand sanitizer between guests.

Dave works Wednesdays through Sundays. Remember how he has to balance his medication because too many head meds throw off his digestion? Well, that Sunday, his stomach started to really hurt.

DAVE Z: Tuesday really wasn’t getting better. Yesterday, Wednesday, I woke up and just — really bad pain. And I had a doctor appointment set for next Monday. And I can’t wait five more days. So I called into work. I went on the portal for my doctor. And he was like, you know, why don’t you go in? They have a same-day service.

It was a long time to wait for a 10 o’clock appointment. I checked in, prepaid the copay, and then waited about two hours. There’s only one doctor in there, so he has to bounce around.

MAIA SPOTO: Dave got tested for all sorts of things. They drew blood samples and scheduled him for some scans the next day.

At that point, Dave realized he was going to have to take some time off work again.

MAIA SPOTO: It turns out the pain Dave felt was a hernia and kidney stones. He went back to O’Hare for some time, then took another week off, using the rest of his vacation days for the year.

DAVE Z: I still haven’t passed it yet. But, compared to the headaches, that’s a minor pain. That’s something I could live with.

MAIA SPOTO: The first time we talked, you were having to get brain scans to see what was up. Have you had any conversations with that doctor recently?

MAIA SPOTO: Thankfully, though, some of Dave’s symptoms are starting to fade.

DAVE Z: The warm weather the last week and a half has almost eliminated my headaches, which is great. I’m hoping, knock on wood, that I’ve turned the corner, and at least these daily headaches are gone.

MAIA SPOTO: Overall, it was a pretty good couple of weeks for Dave. He recently celebrated his three year wedding anniversary with his wife. They went out to dinner, exchanged cards —

DAVE Z: My wife makes cards. She has a side hustle where she makes these really beautiful cards. I have to go to CVS, and cards for men are just, like, “Sorry. I peed on the seat. Happy anniversary.” There’s nothing nice about the store-bought cards. So she topped me on that.

MAIA SPOTO: He also went to a comedy show. It was his first public event in a long time.

DAVE Z: We went to the comedy show at the Goodman on Sunday, which was interesting because it was packed. But you know, everyone had to mask and had to show proof of vaccination. It was nice. It was nice to go out and go to a show, see something.

MAIA SPOTO: Now, Dave’s set up to go back to work for the rest of the year.

DAVE Z: It’s gonna be good to get regular paychecks again, contribute to the house. I’m going to start a new shift in a couple of weeks, where it’s a little later. So I won’t have to get up at 3:30 in the morning. I could get up at like, 4:45.

The weather’s nice. So I think that kind of rejuvenates everybody. It’s warm, you could go out in shorts. That makes me happy — not to wear a jacket anymore. So yeah, that puts a little spring in everyone’s step. I’m looking forward to the next month. Should be great.

MAIA SPOTO: From The Daily Northwestern, I’m Maia Spoto. Thanks for listening to another episode of The Ripple. I reported and produced this episode. The audio editor of The Daily Northwestern is Lucia Barnum, the digital managing editors are Will Clark and Katrina Pham, and the editor in chief is Jacob Fulton. Make sure to subscribe to The Daily Northwestern’s podcasts on Spotify, Apple Podcasts or SoundCloud to hear more episodes like this.