The Daily Northwestern • May 25, 2022 • https://dailynorthwestern.com/2022/05/25/multimedia/brainstorm-sounding-it-out-advocates-fight-for-better-reading-education/

Brainstorm: Sounding it out: Advocates fight for better reading education 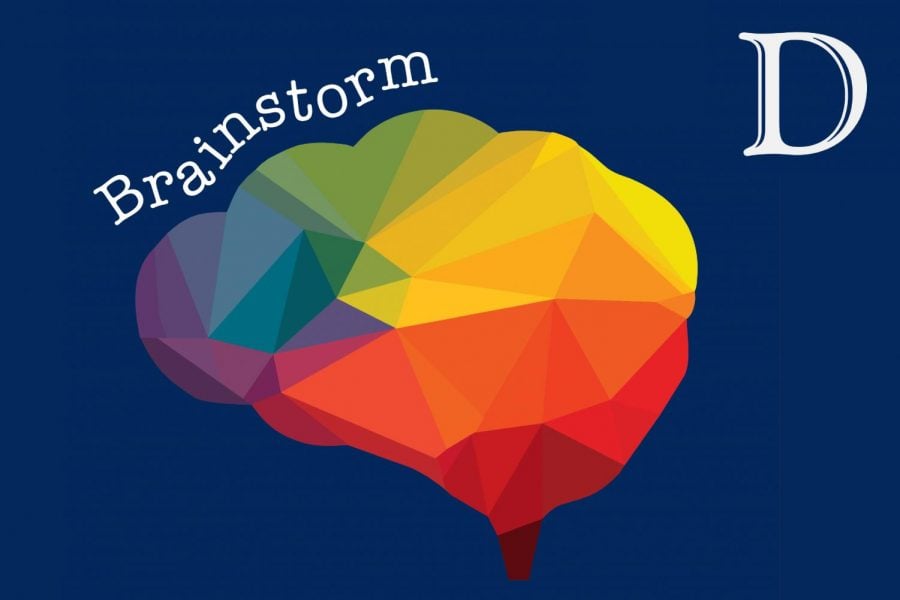 Evidence suggests students learn to read the best through a method focused on phonics. This approach teaches students to associate letters with sounds, so they’re able to figure out unfamiliar words. But for decades, schools have used a different approach. Now, advocates, educators and parents are pushing for a move to evidence-based reading instruction.

AVIVA BECHKY: Do you remember how you learned to read? Were you taught to sound it out letter-by-letter? Or did you look at pictures in a book and guess from context clues?

AVIVA BECHKY: If it was the traditional, most orthodox way, you probably learned using the “three cueing” method. According to School of Communication Prof. Elizabeth Norton, who studies developmental science, the first cue is grapho-phonics, or visual cues —

ELIZABETH NORTON: The shape of a word. So for example, if it has tall letters or short letters.

AVIVA BECHKY: The second cue is syntax, which looks at the structure of a sentence to see if a word makes grammatical sense. And the third is about meaning —

ELIZABETH NORTON: Using the context of the sentence, using the illustrations in the book, to guess what the word is.

AVIVA BECHKY: The idea is that by going through each of these three cues, students should eventually be able to piece together what a word means. But, while a kid might look at a picture book with the word ‘horse’ and guess the word from context, that doesn’t work as well when words get longer and less familiar. Studies show this method of teaching reading just isn’t that effective. Now, some local educators, parents and advocates are pushing to change reading education.

AVIVA BECHKY: From The Daily Northwestern, I’m Aviva Bechky. This is Brainstorm, a podcast exploring all things science, health and tech. In this episode, we’re looking at the science of how we teach kids to read,  and how Illinois advocates are pushing to implement that science in classrooms across the state.

AVIVA BECHKY: Recently, more and more research is coming out in favor of a different teaching technique: phonics.

ELIZABETH NORTON: So, it would be a lot of practice identifying the sounds in speech.

AVIVA BECHKY: As Norton explains, this approach teaches kids how to actually decode words, looking at the sound each letter or group of letters makes. Students learn to associate a letter like ‘p’ with the sound ‘puh.’ Teachers can turn this into a game.

ELIZABETH NORTON: You might have a bright blue card with the letter ‘p’ on it, and moving around other cards that are all yellow, you match to the other parts of the word, like ‘itch’ or ‘lay’ or ‘en.’

AVIVA BECHKY: When students read a word they don’t recognize, they’re able to sound out the letters and figure out what the word is.

ELIZABETH NORTON: The science just tells us that having that approach of being able to systematically attack a new word is better than being able to just guess at it.

AVIVA BECHKY: But even though phonics-based instruction works better, it’s not universally used. So, what’s standing in the way of implementing it?

RUTHIE SWIBEL: In Illinois, in order to become a teacher, you don’t have to pass a very rigorous test to show that you understand how the brain learns to read. Therefore, it follows that the teacher training programs don’t include courses on the science of reading.

AVIVA BECHKY: That’s Ruthie Swibel, a reading and dyslexia specialist who works with a Chicago-based literacy organization. She wants to see evidence-based reading instruction become part of all teachers’ training. Ruthie said it would help everyone:

RUTHIE SWIBEL: Those students who have a diagnosis of dyslexia will need more intensive instruction and more opportunities to practice the skills. But it’s really important that all students have evidence-based instructions.

RUTHIE SWIBEL: I don’t know how the system will be dismantled so that all students have access to evidence-based instruction. But right now, Black and brown students are disproportionately represented in this group of students who are struggling to read, and they’re not all dyslexic. They’re just not receiving tier-one evidence based instruction because they go to schools that are underfunded with teachers who didn’t receive the instruction from the outset.

AVIVA BECHKY: Despite that, advocacy around dyslexia is largely white.

AVIVA BECHKY: That’s something I came across while reporting this podcast. Even though many people spoke with me about equity issues, the vast majority of sources I could find — and who had the energy and time to speak with me — were white. The way reading education affects communities of color is under-researched, too, which means stories like this are just missing critical voices.

KRISTEN MOORE: We have a curriculum that is based on teaching all of the fundamentals of reading in that way.

AMY RIEMER: It started with a small group of teachers listening to podcasts, to maybe reading articles and books.

AMY RIEMER: Usually I start with some sort of a phonemic awareness activity. So it could be, I’ll say to the students, ‘Break, take away the ‘buh,’ what’s left?’ And the students would say, ‘Rake.’

AMY RIEMER: If it’s a first-grade group or a second-grade group, we might need to review letter names and letter sounds. I have multisensory sand, so the students might write it in the sand.

AVIVA BECHKY: Other students might work on trying to decode written words.

AMY RIEMER: So, if I just had taught a lesson about Silent ‘e’ at the end of a word, I would then have a text set that includes those silent ‘e’ patterns for the students to find and to practice reading.

AVIVA BECHKY: To put these interventions in place, the Avoca school district worked with Prof. Norton to figure out best practices. Now, Kristen said every special education teacher in the district is trained in phonics-based multisensory reading education. It hasn’t all been smooth sailing, though.

KRISTEN MOORE: Teachers are teaching all day long, so it’s not like you’re able to pull them all, have a conversation, talk about or do some training, go back in and then we’re good. You know what I mean? It requires a lot of practice and circling back.

AVIVA BECHKY: Avoca is also fairly small, with just three schools in the district. Other districts have many more teachers to train, and this is an issue that schools across Illinois — and the country — are facing. So, some advocates are pushing for state laws to universally implement evidence-based practices.

AVIVA BECHKY: At the state level, Illinois literacy advocates are pushing for the Right to Read Act.

JESSICA HANDY: The basic premise of the bill is that teachers deserve to know how the brain learns to read and should be prioritizing instructional methodologies that support that.

LOUISE DECHOVITZ: The hope is that we will have a plan that will be implemented with fidelity, that resources will be provided. We hope that working together and that children and teachers will gain this knowledge and be more effective in the classroom.

AVIVA BECHKY: That’s Louise Dechovitz. She, like Jessica, helped found the Illinois Early Literacy Coalition. She’s also on the Board of Education in Avoca. At the Illinois Association of School Boards delegate assembly, Louise said an overwhelming number of delegates were in favor of the Right to Read Act.

LOUISE DECHOVITZ: We received 89% support of the over 400 delegates who attended that assembly.

AVIVA BECHKY: The Right to Read Act was introduced in the Illinois General Assembly in January, and, most recently, was re-referred to the House Rules Committee in March and to the Senate Assignments Committee in early May. Louise said she supports bills like these because she wants the state to be involved in pushing for change at the district level.

LOUISE DECHOVITZ: We advocate for our state to take responsibility for leadership in this area and start to take an active role in encouraging or providing districts with resources, professional development and whatnot.