The Daily Northwestern • May 24, 2022 • https://dailynorthwestern.com/2022/05/24/lateststories/reading-the-signs-parents-advocate-for-district-65-dyslexia-diagnosis-reading-support/ 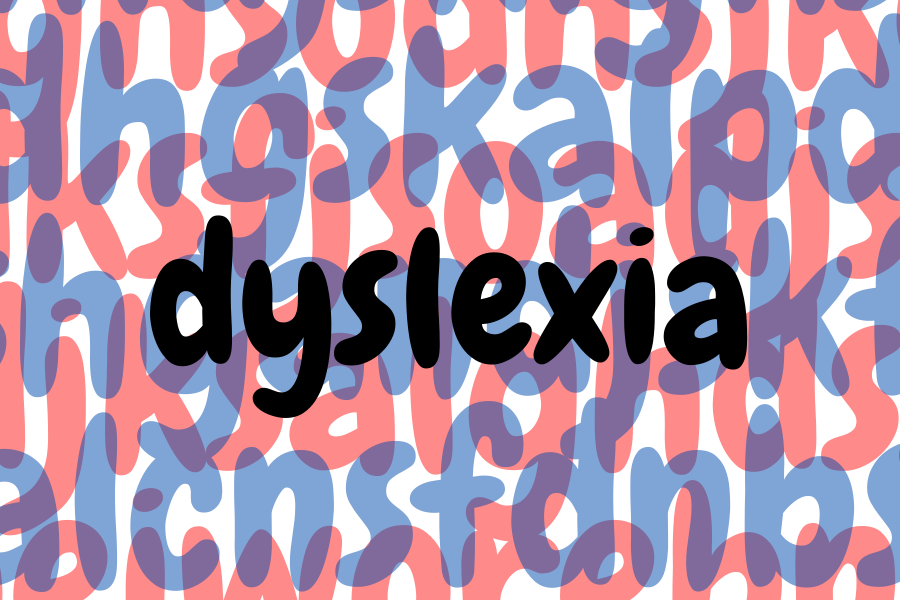 M., an Evanston/Skokie School District 65 parent, started seeing signs of dyslexia in her youngest child Peter in preschool. Peter struggled to identify and match sounds with letters, but his kindergarten teacher said he could catch up later.

M., who asked to use her first initial and a pseudonym for her child due to privacy concerns, said she was looking for signs because Peter’s father had dyslexia, an unexpected difficulty learning to read. When Peter was in first grade, his teacher suggested to M. that she begin the process to get an Individualized Education Program for Peter.

“It was like a full time job for me to try and advocate for my child to get the services that he needs,” M. said. “And he still wasn’t given those services.”

In District 65, some parents say the yearslong lack of phonics-focused reading programs impeded their dyslexic children’s literacy and mental health — and they say a curriculum shift would benefit all students. Now, the district is searching for a new curriculum and training more teachers in evidence-based reading interventions. But some children have already been left behind.

Zafiro Papastratakos, a former District 65 parent, said her son struggled with reading from a young age. Despite his difficulties, she wasn’t aware the district’s curriculum was scientifically outdated until he was in third grade, when she encountered a reported podcast on systemic issues with reading education.

Many schools use a three-cueing method that encourages readers to use context clues to guess an unfamiliar word’s meaning. But developmental science Prof. Elizabeth Norton said prevailing science promotes phonics-based instruction, where students learn to read by breaking words down into sounds and letters.

“What is wrong with three-cueing is that it doesn’t give enough of a toolbox to decode new words,” Norton said. “Having that approach of being able to systematically attack a new word is better than being able to just guess.”

The Orton-Gillingham approach and Wilson Language Training, which offers multiple programs that engage students’ senses to teach reading, are both research-based.

While it may be particularly necessary for students with dyslexia, Norton said high-quality phonics instruction is the best method to reach all kids.

District 65 currently uses an updated version of the Lucy Calkins curriculum, which traditionally used a three-cueing approach. Assistant Superintendent of Curriculum and Instruction Stacy Beardsley said the district added more phonics about a year and a half ago and is now looking for a new curriculum.

“We’ve been working really hard as a district to make sure that we are responsive and catching kids earlier,” DeCristofaro said. “I think we are doing a better job over the last couple of years.”

The district now has Wilson-trained or certified staff in every building, a recent change, DeCristofaro said. If students continue to struggle, she urged families to problem-solve with their schools.

Papastratakos got an outside diagnosis for her son’s dyslexia at the end of third grade. When she met with the school, she said the district did not have adequate data or review to guide its decisions to continue systems she felt were “clearly not working.”

In fourth grade, Papastratakos said her son was placed in a Wilson program by the district for half an hour twice a week. She pulled him out of the program a few months in.

“The Wilson (instruction) that they offered him had been provided to him, but it was ineffective because the teacher didn’t really have the ability to manage the class,” Papastratakos said.

If the school had given him proper instruction, Papastratakos said her son wouldn’t have needed remedial instruction or undergone the same level of emotional distress.

Though she requested multiple times that Peter receive support from an Orton-Gillingham-trained teacher, she said he never did.

Papastratakos and M., however, both said some individual teachers within District 65 were largely supportive despite a lack of training.

“The teachers gave enough attention,” he said. “The other curriculum that they teach was off of what I needed to learn.”

District 65 began offering universal dyslexia screening through Measure of Academic Progress Reading Fluency in the 2020-2021 school year, but used other universal screeners prior to that, according to Beardsley and DeCristofaro. Beardsley said the district works further with students flagged through MAP testing.

M., however, got an outside evaluation confirming her son’s dyslexia. She said the district still didn’t put the diagnosis in his IEP to ensure he received support.

“(If) they actually said, ‘This child has dyslexia,’ then they legally are obliged to offer support, which they don’t have,” M. said.

DeCristofaro said an outside diagnosis would generally be recorded in a document like a 504 plan or IEP. But because such diagnoses often require parental awareness and access to outside evaluation, Norton said students of color are likely underdiagnosed. Dyslexia diagnoses also often overlook bilingual students, she said.

Beardsley declined to provide numbers for districtwide dyslexia diagnoses. DeCristofaro said the District 65 system is designed to catch and support all students, regardless of diagnosis.

“​​A child doesn’t need a dyslexia diagnosis to get the instructional support,” DeCristofaro said. “Most of the outside diagnoses that we get … are predominantly coming from white families.”

While she said his reading has improved, the cost of private school takes up to 70% of her income.

M. also pulled Peter out of Orrington during the COVID-19 pandemic, enrolling him in Redwood Day School. The Rogers Park school tailors education for children with dyslexia. Six months there, she said, drained her savings.

Though Peter has returned to public school, M. said she thinks he needs at least another year of private education. She said his current supports mainly focus on his ADHD and educational supplements like text-to-speech.

“We can’t afford to send him to Redwood for two years,” she said. “But if we’re gonna have to send him, we want to send him in eighth grade, so they can sort of catch him up for high school.”

As the district expands the number of teachers trained in evidence-based methods, Beardsley said teachers are also testing new materials in English classes to evaluate during next school year.

Meanwhile, Papastratakos is working on advocacy from the outside. She began Dyslexia Connection of Evanston to help dyslexic kids meet each other and discuss their strengths.

She’s pushing for change, including through a lecture series on dyslexia and reading. However, Papastratakos said she won’t return her son to District 65 schools as long as she can afford to keep him in private school.

“I want him to go to a school where I feel confident that they will execute the program that we put in place,” she said. “I do not feel that way at the public school at District 65 at all.”