The Daily Northwestern • May 24, 2022 • https://dailynorthwestern.com/2022/05/24/city/haven-middle-school-parents-students-decry-hate-symbols-at-district-65-board-meeting/ 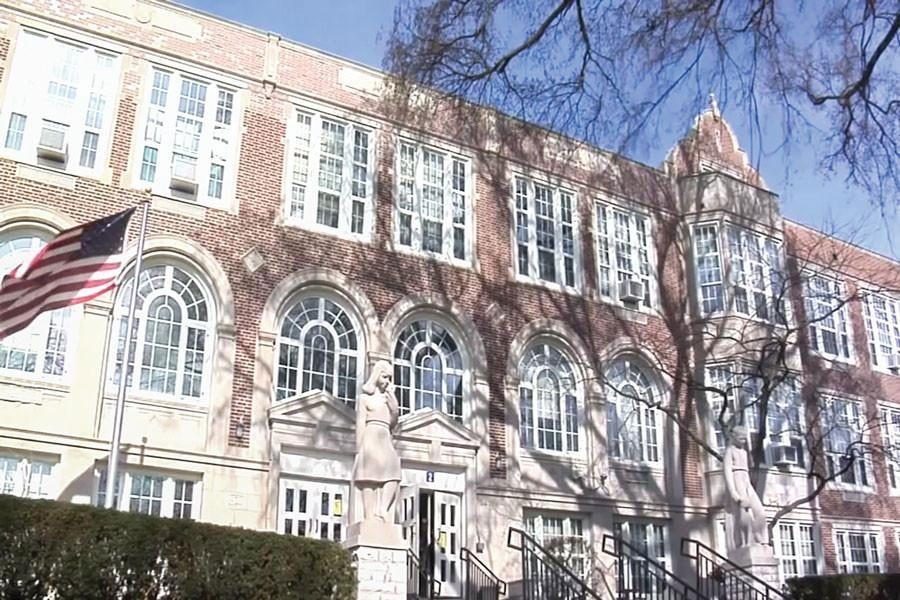 Haven Middle School parents, students and Evanston/Skokie District 65 board members voiced their outrage about hate symbols found outside of the school earlier this month at Monday’s Board of Education meeting.

Haven Middle School parents and students voiced their outrage about hate symbols found outside the school earlier this month at Monday’s Evanston/Skokie District 65 Board of Education meeting.

On May 13, Haven students participated in a sit-in to protest staffing changes that would transfer Haven teachers to different District 65 schools. After some students left the building during the protests, parents of Kingsley Elementary School students found nooses tied to trees between Haven and Kingsley.

“This was a hate crime,” said Tanya Brown, a current Haven parent and alumna of the middle school. “Let’s not sweep it under the rug.”

As attendees filed into the meeting, district parents and students stood outside the doors of the Joseph E. Hill Education Center holding signs that read “students for justice,” “white silence is violence” and “denounce racism.”

Before  public comment, board members condemned the people who put up the nooses. They also said parents have increasingly voiced mistrust in school leadership since Horton and other Black administrators joined District 65.

“They condensed and summarized all the anger and vitriol and insinuations of incompetence, and the various attempts and conspiracies about retaliation directed at (Horton),” board member Soo La Kim said.

The incident follows an increase in physical altercations at Haven in recent weeks that prompted parents, teachers and board members to demand the district provide de-escalation education for faculty members.

Shannon Watson, a Haven alumna with a child attending Haven, said her son was “numb” after seeing the hateful symbols outside of his school.

“In sports, whether it’s a player that’s hurt or something happens with one of the family members of the player, they take a knee,” Watson, who is Black, said at the meeting. “I know you’re crying and upset. I am taking a knee.”

After Watson’s comment, dozens of attendees kneeled in solidarity.

At the end of Monday’s meeting, the Board of Education unanimously passed a Discipline Improvement Plan that would train school staff in bullying and crisis prevention, as well as identify clinicians to meet with students struggling with behavioral issues.

Haven students, as well as alumni who attend ETHS, expressed concern about racial segregation and recent increases in violence at the middle school. Current and former parents who spoke at the meeting also echoed their concerns.

“Our children should not be dealing with this in 2022 in good old Evanston, a city constantly ranked as being one of the best places to live,” former Haven parent Renne Stone said. “What is being done to ensure that no other student will have to endure such trauma attending school in District 65?”

Horton said District 65 and the Evanston Police Department have been investigating the incident since May 13, including looking at security camera footage.

Parents agreed they want to see consequences for the people behind the hate symbols, if the department is able to identify the culprits. Haven parent Shaunique Shelton said in a press conference before the meeting that students and parents deserve to know who put up the nooses.