The Daily Northwestern • May 23, 2022 • https://dailynorthwestern.com/2022/05/23/sports/mens-golf-northwesterns-season-ends-with-eleventh-place-finish-in-ncaa-regionals/ 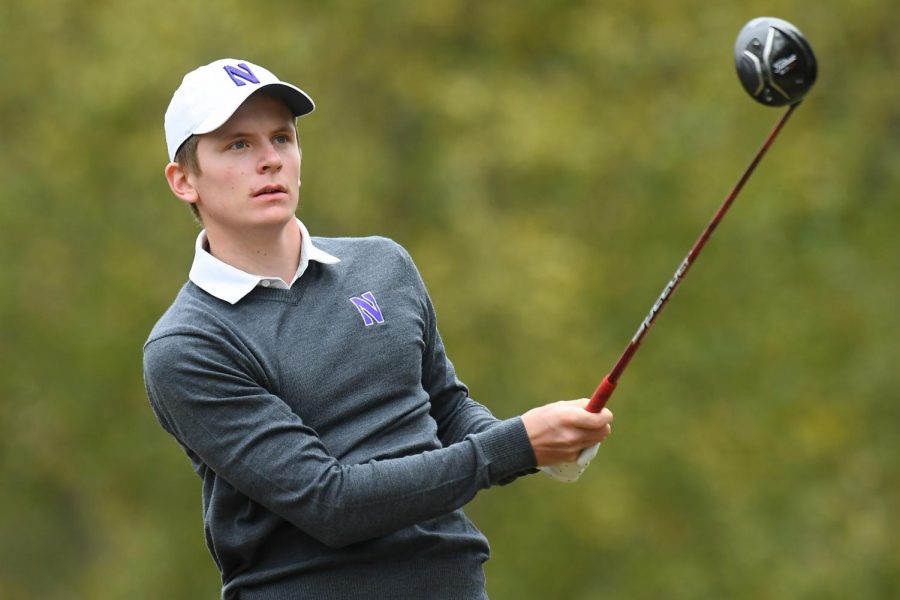 David Nyfjäll swings his club. The senior was NU’s highest finisher in the NCAA Regional.

Northwestern’s 2021-22 campaign came to a close this weekend in Columbus at their NCAA Regional.

The Wildcats ended their season prior to the NCAA Tournament on the upswing, with a fourth-place finish at the Big Ten Championships. Senior David Nyfjäll became the first NU golfer since David Lipsky in 2010 to win an individual Big Ten title. Nyfjäll was the only golfer to finish under par at the event, ending the weekend with a -1.

In the regional, Nyfjäll built upon his strong play. He and graduate student Varun Chopra were the Cats’ two highest finishers in the NCAA Regional, finishing at T29. Nyfjäll rebounded after a first round that saw him finish three over par, scoring just one stroke over par combined in the remaining two rounds.

But NU needed a top-five finish in order to qualify for the NCAA Championship and finished 10 strokes above the fifth place finisher, East Tennessee State. NU’s +20 landed it in 11th place, well outside the qualifying threshold and below their projected eight seed.

Of the Cats’ golfers, only Nyfjäll and Chopra posted an individual round at or below par, with both finishing the tournament with an even third round.

With Nyfjäll headlining a strong graduating senior class, NU will rely on its underclassmen to maintain its high level of success in the Big Ten in years to come.