Musician of the Week: Helen Feng defines what music is to her 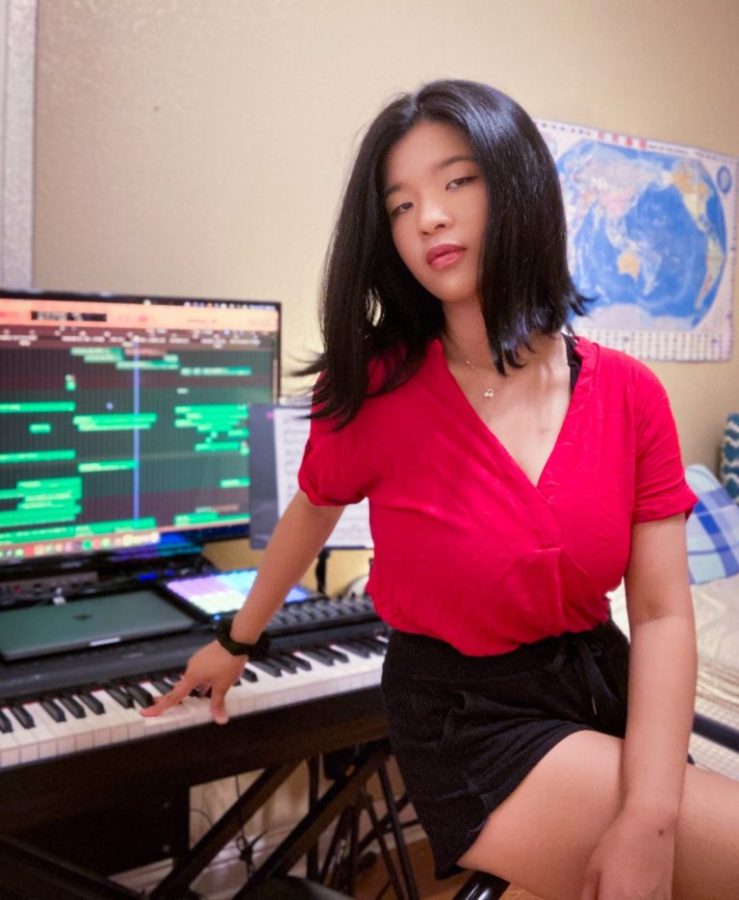 She recalled hiding from her piano teacher as a kid before discovering a love for German composer Johann Sebastian Bach.

“In Bach’s music, I found a friend, and since then, I’ve never looked back,” Feng said.

Bach kickstarted her life-long love for classical music, Feng said. Since then, the pianist and vocalist has premiered original compositions at Carnegie Hall, worked as a film composer and covered many more songs on her YouTube channel.

As she started testing her musical boundaries in high school, Feng said her mother’s inability to understand her music or relate to her deeply upset her.

But, while isolating during the COVID-19 pandemic, Feng said she was able to learn music production. After three hours, she produced a song for Mother’s Day in 2021.

“(My mom) actually cried and said she got me for the first time,” Feng said. “It wasn’t the most well-produced thing in terms of professional standards, but it was definitely one of the most rewarding musical experiences I’ve ever had in my life.”

Feng was born in New Zealand, raised in China and attended to high school in the United States. She said music helped her explore her multicultural identity.

This background led Feng to reevaluate her own musical identity, she said. She rejected labeling herself as a composer because the word has specific connotations in Western music.

“What would be the first image that pops into your head? Probably an old white man,” Feng said. “Classical music is very much tied to a history of elitism and the idea of high art, that it has to be refined and you have to practice to become better.”

Instead, she said she identifies as a music creator who tells stories and conveys her truth through music.

Studying music in an environment focused on Western classical context has stifled her creativity at times, she said. She said most people don’t realize the ambiguous way they evaluate music, which can cause artists to lose delight in their craft.

Feng said she stopped basing her worth as an artist on the opinions of others when she made the decision to focus solely on what music meant to her. Breaking free from other people’s labels enabled her to explore music in a variety of multidisciplinary genres, like pop music through psychology and sociology.

Bienen sophomore Adebe Karam said she noticed Feng’s growth in exploring different genres. She said Feng’s shift from classical music into the alt-pop space is an example of her gift in musical composition.

“She’s an eclectic artist who takes inspiration from many places and merges them into something that is recognizably her own,” Karam said.

Feng said she sees music as “the portal to psychological expression,” and she is currently working on a collection of personal songs which touch on her experiences with anxiety attacks, relationships and bullying.

“As a composer, you have to be very in touch with your personal stuff. By listening to somebody’s music, you can tell what kind of person they are,” Hartono said. “It’s really cool how she’s unafraid to talk about super difficult topics that most people don’t want to touch.”

As Feng delves deeper into the “confessional and vulnerable” singer-songwriter community, she hopes to continue putting emotional expression at the forefront of her music making.

“(Music is) about how people connect with each other, how we express our heartbreaks and feelings and use it to connect with ourselves and others,” Feng said. “That to me feels very alive.”

Check out the newest episode of “Sound Source: Deep Dive,” where we take a closer look into the lyrics of “Wash Away,” one of Helen Feng’s unreleased singles from her in-progress EP.

— Musician of the Week: Singer-songwriter Ava Earl learns to smell the roses with her latest album

— Musician of the Week: Jenna Kopp