The Daily Northwestern • May 22, 2022 • https://dailynorthwestern.com/2022/05/22/city/city-leaders-remain-divided-over-arpa-allocation-process/ 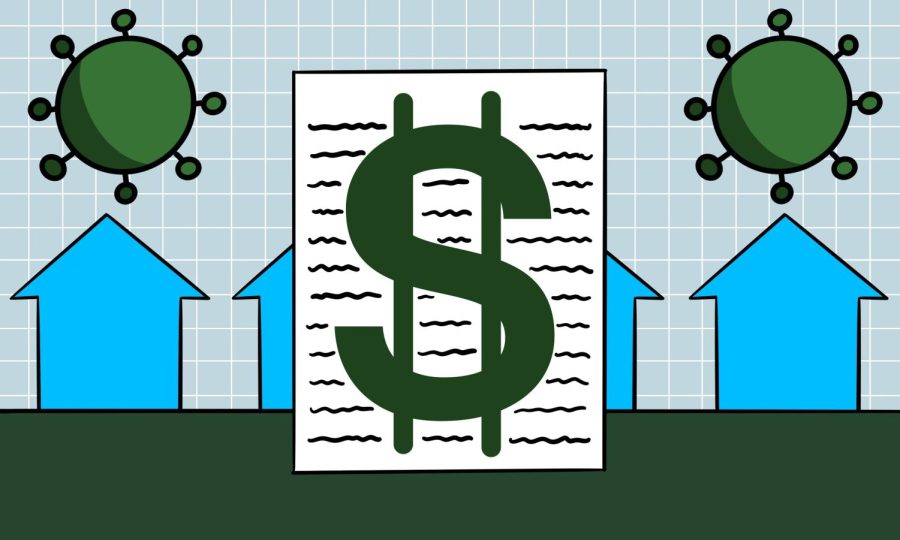 Evanston city leaders have been debating how to distribute ARPA funding since May 2021.

Evanston received the remainder of its federal government funding allocated from the American Rescue Plan Act funding this month — bringing the act’s total COVID-19 recovery funds disbursed to the city to $43 million.

The city received the first half of its funds, which are designed to help communities recover from the overall health and economic impact of COVID-19, in May 2021. It assigned and approved direction for $21.5 million of those funds July 2021 and city intends to distribute a second round by December 31, 2024.

Councilmember Jonathan Nieuwsma (4th) said at the beginning of the ARPA allocation process, the city used an informal bucket list to determine direction for the funds.

“The city did not have a process to allocate funding until recently because this funding is a brand new thing,” Nieuwsma said. “It’s kind of a once in a lifetime thing. So we didn’t have a process that was clearly established. And honestly, we’re figuring out the process as we go along.”

The committee originally established 11 buckets for funding, including COVID-19 response, hazard premium pay, economic development and inclusive & equitable government. It assigned a certain amount of money for projected use in each category.

The city eventually voted to allocate a certain amount of funding to each bucket. Council assigned and approved the first half of funding in July 2021, and the second half in March 2022.

Niewsma said Evanston designated nearly $1.48 million toward public health, and another $10.1 million toward negative economic impact. More than $8 million was assigned to programs intended to improve health outcomes and quality of life for disproportionately impacted communities through programs including affordable housing and youth outreach programming.

He clarified there is wiggle room with these numbers –– the city’s allocations provide a general outline for ARPA distribution, but are not binding.

Nieuwsma said he was happy with the categories and the amount of money ultimately assigned to each. ARPA funding is intended to bolster cities’ financial health, and Evanston needed a boost after the impact of the pandemic on municipal funding became clear, he said.

“We’re spending a lot on revenue replacement for the city, which economically is the right thing to do,” he said. “To catch the city back up to where we would be … I feel like we’re doing this in such a way that is really highlighting equity.”

However, other council members were not as thrilled with the subcommittee’s bucket approach to ARPA funding.

At a February 14 council meeting, Ald. Bobby Burns (5th) expressed his concern about the lack of structure in the city’s ARPA distribution.

“We don’t have a lot of up-to-date plans and that’s something we need to work on,” he said. “The only thing we’ve done is create categories. That’s not a plan, that’s goals … if we can figure that (a strategy) out, we can move a lot quicker on this.”

Burns said he would suggest the city bring in a project manager to develop a direct strategy for ARPA fund distribution. He said other cities have hired a full-time staff member to do so.

Since February, the city has consolidated its buckets to better match federal ARPA funding categories, decreasing to eight. The new categories focused the city’s priorities to public health, along with negative economic impacts; services to disproportionately impacted communities; premium pay; administration and other; infrastructure and revenue replacement.

When the council voted to approve its first round of 11 buckets, Ogawa said he suggested all ARPA funding go toward infrastructure and public infrastructure, in particular. He said he will be resigning from the economic subcommittee after this year.

“There’s no system in general,” Ogawa said.  “If you throw a bunch of money at bureaucracy, (lack of organization) is expected. At the city council level, they need to put forth something more concrete.”

Still, he added he understands why a concrete plan might be hard for the council to identify, because it’s important to be able to change the project numbers allocated to each bucket based on actual financial need.

City Council voted in early April to allocate $2 million in ARPA funding to Northlight Theater. The funding will support construction of a new performing arts center in downtown Evanston.

Ogawa said he was against Northlight’s $2 million award.

“I don’t think anything should go toward direct payments to businesses,” he said. “That’s more money not being spent on public infrastructure.”

Northlight is one of two capital projects in Evanston receiving large chunks of ARPA funding in Evanston. The Aux, a Black-owned business hub dedicated to healing and wellness, also received $1 million in ARPA funding last month.

As the city continues finalizing allocations in its ARPA funding buckets, the council plans to engage Evanston residents in the distribution process through participatory budgeting projects.

Though participatory budgeting is not strictly designated in federal ARPA categories, the city hopes to engage residents in projects that would technically fit into one of the allowed buckets.

“The participatory budgeting process is going to be interesting and a good way for individual residents to get involved and help us very directly decide how to spend that money,” Nieuwsma said.

Though Nieuwsma said he’s happy with the city’s investment in Northlight and other private businesses that he believes will benefit the city as a whole, he said he wished the council had operated under an established process seven or eight months ago.

He said the council is now implementing rubrics to define and classify each bucket.

“We still have a lot to go,” he said. “We’ve only allocated a little bit more than half of the money, so there’s plenty left to spend.”