The Daily Northwestern • May 19, 2022 • https://dailynorthwestern.com/2022/05/19/city/family-focus-requests-3-million-in-arpa-funds-from-housing-and-community-development-committee/ 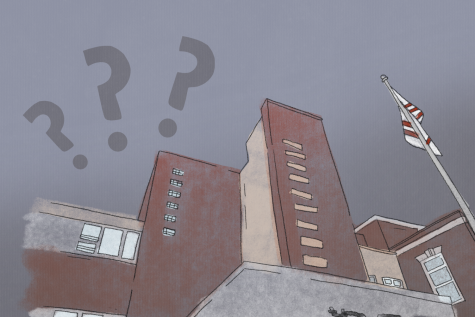 Originally opened in Evanston in 1976, Family Focus is an early childhood support center that works to support families in achieving upward mobility through an anti-racist and social justice lens. It now has 11 centers throughout Chicago and northeastern Illinois.

The proposed $3 million in ARPA funds would go toward phase one of upgrading Family Focus’ Evanston center, located at 2010 Dewey Ave. Presenters said the upgraded center would include new amenities and would strive for net-zero emissions.

Built in 1905, the space was initially home to the Foster School, Evanston’s first predominantly Black school following desegregation, until it was transitioned to a magnet school and later closed. Family Focus began renting the space in 1983, later buying the property in 2018.

In their presentation on Tuesday, Family Focus organizers emphasized the history behind the building itself, as well as the role ARPA funds would play in increasing equity.

“With equity at the core of the Family Focus work, in our present day work, we are really honored to acknowledge the rich history of the Foster School,” said CEO and President Dara Munson.

Family Focus’ location in the 5th Ward provides access to historically underserved communities, Munson said. 5th Ward residents have lower life expectancies and higher poverty rates than those in other wards, she said — something Family Focus could help offset through advocacy and education programs.

Rather than taking a vote on ARPA funds at the meeting, the committee instead held a discussion on whether to allocate these funds toward Family Focus. Members ultimately chose to make a recommendation to City Council about the Family Focus proposal at the committee’s June 21 meeting.

Some committee members were concerned about sources of fundraising for phase two of the building’s upgrades and worried the ARPA funds requested would make up too large a proportion of the project’s funding.

“It is 100% an extension of 5th ward families,” Burns said. “They went a long time, quietly, with a lot of deferred maintenances … there’s not a lot of support out there to help nonprofits, and I think it’s incumbent on governments to provide resources to address vulnerable communities.”

— From Foster to Family Focus: More than a century of District 65 decisions in the 5th Ward

— Up for sale, Family Focus commits to maintaining presence in Evanston