The Daily Northwestern • May 18, 2022 • https://dailynorthwestern.com/2022/05/18/top-stories/with-new-home-plate-series-northwestern-dining-workers-celebrate-cultural-initiatives/ 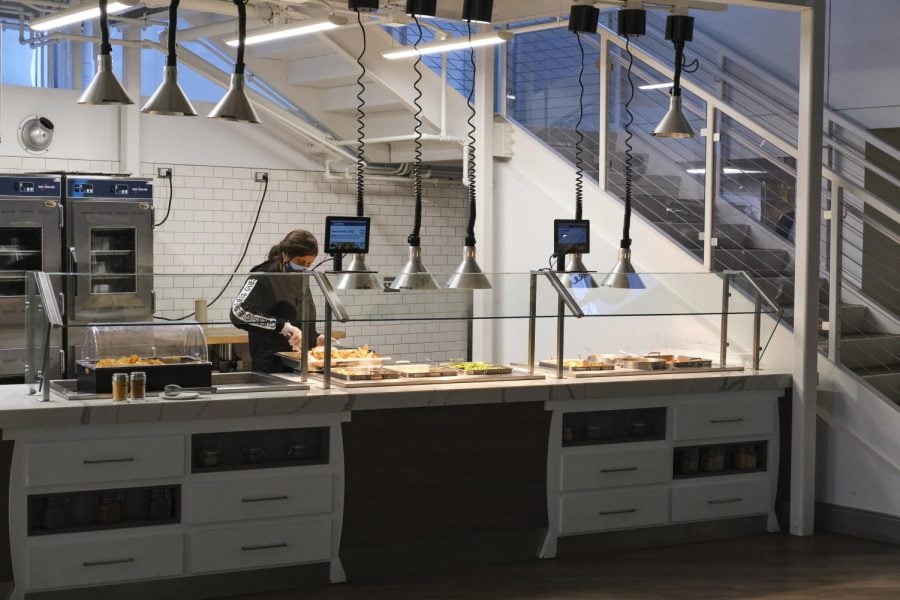 Johnnie Harris, a dining worker of 19 years who cooks for the Foster-Walker Complex dining hall, said chefs have no control over the food served in dining halls or how it is prepared, as Northwestern and Compass Group, the University’s food supplier, are responsible for dining hall menu selection.

“(Cooks) have a recipe that we have to follow,” Harris said. “It says how much ingredients you have to put into each recipe. We can’t go in and make up our own.”

But dining workers expressed a desire for cultural diversity in dining hall food after noticing the lack of culinary freedom, Harris said.

NU Dining recently created the Home Plate Series, which gives staff members the opportunity to feature dishes from their hometowns and countries.

“(The series) is something wonderful to have,” Harris said. “(To be able to say), ‘This is a recipe from so and so’s country.’”

The first series ran from April 7 to 29 and showcased 16 hometowns and culinary dishes from members across multiple dining staff positions. Each week, four team members featured their dishes.

Baseball card poster boards in the dining halls showed each worker with their Home Plate and biographical facts including their names, hometowns and positions and how long they have worked with NU Dining.

“I have the privilege of coming from a country rich in culinary culture,” she said in an email to The Daily. “For that reason, it’s hard for me to pass up an opportunity to highlight it.”

Georges said she participated in the series to counteract the media’s negative portrayals of economic and political turmoil in Haiti.

However, having this culinary freedom is not always feasible. Hugo Lemus, a dining worker of more than 18 years who cooks in Allison dining hall, said while it would be great for workers to cook the dishes they want all the time, there are guidelines in place to account for student dietary restrictions.

“Because of allergies and everything we have to follow, that’s why I think they have a standard that we have to cook through the menu,” Lemus said through a translator. “They are made by professionals for us to follow.”

Harris said it would be great to have more special cultural dining events throughout the year, like an outdoor picnic for Memorial Day or food to celebrate Juneteenth.

Cultural representation can also lead to menu diversity, and Harris said she would like students to play a bigger role in food selection.

“We used to have people come in and do demonstrations of different foods … and have the students come down and take part,” Harris said. “They don’t do that anymore, and people were really participating in that.”

In an email to The Daily, Compass Group District Marketing Manager Sophia Bamiatzis said students responded positively to the Home Plate Series and wanted to see the featured dishes in dining halls again.

Bamiatzis added NU Dining is fortunate to have a team with diverse backgrounds and cultural cuisine.

“Our Home Plate series created the platform for our team to highlight their hometown and the food that was at the center of their memories and traditions while they lived there,” Bamiatzis said in the email.