The Daily Northwestern • May 18, 2022 • https://dailynorthwestern.com/2022/05/18/city/the-daily-explains-political-turnover-in-evanston-has-welcomed-newcomers-at-high-rates-heres-what-you-need-to-know-about-our-citys-fledgling-leaders/

The Daily Explains: Political turnover in Evanston has welcomed newcomers at high rates. Here’s what you need to know about our city’s fledgling leaders. 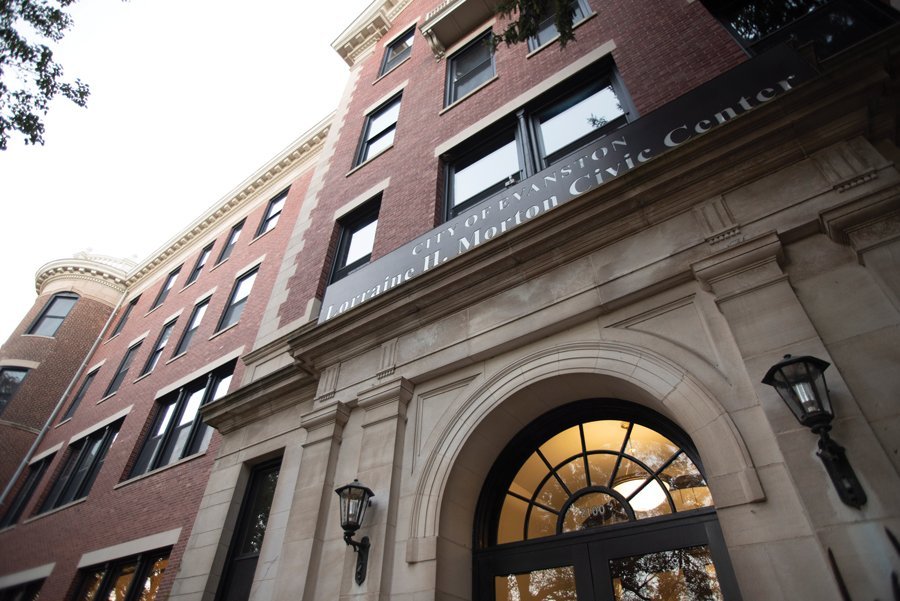 The Lorraine H. Morton Civic Center. As the city finalizes the city manager process in the coming weeks, Evanston’s cohort of leaders new to politics continues to expand.

With a new city manager selection on the horizon, Evanston’s cohort of new leaders continues to expand.

In areas like education and municipal leadership, local elections and searches have overwhelmingly selected people new to Evanston politics over the past three years.

From the mayor to City Council members to key players in Evanston schools, The Daily took a look at the city’s fresh faces in leadership.

Storlie resigned after a July WBEZ investigation highlighted allegations of a culture of sexual misconduct within Evanston’s lakefront staff.

Since Geracaris’s appointment, a majority of city councilmembers are now newcomers to the position. This last happened in 2009.

These five new councilmembers have prioritized changes like increased transparency between council and residents and stronger oversight and structure for Evanston’s Climate Action and Resilience Plan. They’ve also brought a variety of backgrounds in corporate, school and philanthropic leadership to City Council.

Biss was sworn into office as Evanston’s mayor last February, winning more than 73% of the vote. This is Biss’s first leadership position in the city. Challengers Sebastian Nalls and Lori Keenan have both worked as community organizers in the city.

Biss previously served the Illinois House of Representatives for two years and the Illinois Senate for six years. He also ran for governor in 2018, ultimately losing to Gov. J.B. Pritzker.

As a first-time mayor, some of Biss’s measures included prioritizing environmental policies and new public safety measures such as the creation of a Reimagining Public Safety Committee last May.

District 65 runs elections every two years for half of the board’s seven seats, with three or four seats open during alternating years. Board members each serve four-year terms.

Unlike City Council elections, the 2021 school board elections saw significant support for incumbents. The school boards saw little turnover, with the exceptions of new members Donna Wang Su and Weatherspoon.

Evanston’s Parks and Recreation Department welcomed Audrey Thompson as its new director last month. She had held the interim role since February.

In her new role, Thompson said she will continue to prioritize improving the lakefront structure to create a safe environment for all employees.

Thompson isn’t the only newcomer this year to the Parks and Recreation Department. Tim Carter, the former program coordinator at the Levy Senior Center, became lakefront manager also in April.

Michael Callahan, who served as the forestry supervisor/arborist for Evanston’s Public Works Agency became the new assistant Parks and Recreation director in April.