The Daily Northwestern • May 18, 2022 • https://dailynorthwestern.com/2022/05/18/city/residents-weigh-in-on-final-twiggs-park-skate-park-design-at-community-meeting/ 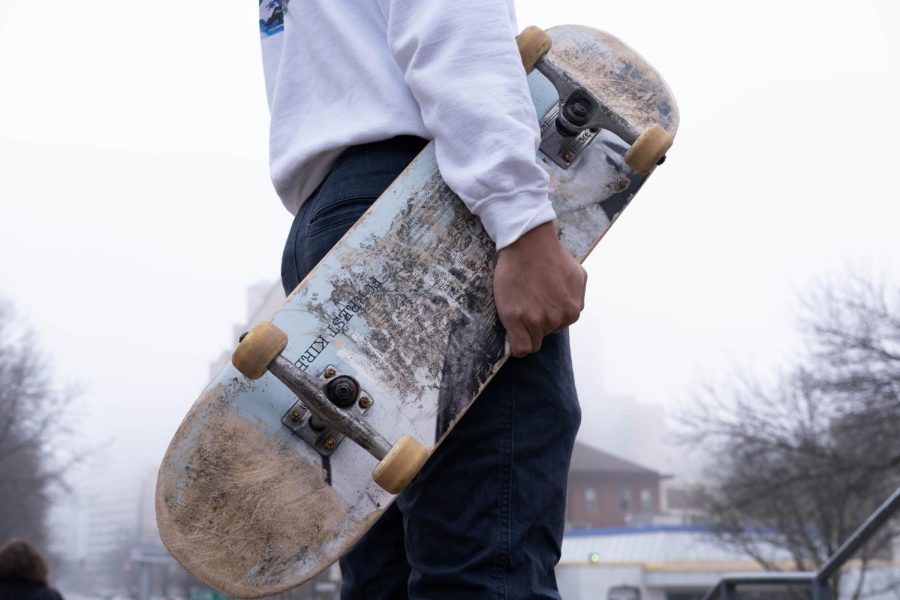 At the final public meeting for the Twiggs Park skate park, Evanston residents voiced their opinions on the final design for the city’s first permanent skate park.

Residents shared opinions about the design for the skate park slated to be built in Twiggs Park at Tuesday’s final public meeting.

The final design, created by consultants from Teska Associates, Spohn Ranch and Christopher B. Burke Engineering, includes benches, picnic tables and concrete seat walls, some of which are designed to be skateable.

“It’s going to be far more than just a skate park,” Onel said. “This is going to be a space where even if you don’t skate or ride a bike or scooter, you can come here and just hang out, watch and enjoy your activity.”

The skate park’s design team will now draft construction documents that the city will issue to firms looking to build the project. The firms will then engage in a competitive bidding process, where they petition the city for the contract.

Jodi Mariano, the principal landscape architect from consulting group Teska Associates, said the team will use input from Tuesday’s meeting in the construction package the city will issue for competitive bidding.

Some residents, however, expressed concerns. Michael Hoff of Evanston Skates questioned how the city will ensure the execution of the skate park’s build will match the “high quality” design.

Evanston Skates co-Founder Eric Pitt told the Daily in April the group was concerned that Evanston will contract a company that lacks skate park construction expertise. Pitt said the fear the city would build a “crappy park” with foundational construction issues mobilized the group to attend skate park meetings.

In response, Stefanie Levine, the city’s senior project manager, said there will be a prequalification process before competitive bidding begins to confirm the firms all have experience with skate parks.

“We won’t enter the bidding process with unknowns like that,” Levine said. “We are aware that this is very important, and we only get one chance to get this right.”

Evanston resident Patrick Hageman expressed concern about the proximity of seating areas to where people would be skating.

“I’m just picturing also boards coming flying off the end of the ledge, and a kid sitting at that picnic table,” Hageman said. “People lose track of (boards) as they’re kicking out or they’re falling, and you can’t always prevent where it goes.”

Mariano said the team would look into Hageman’s concern.

Mariano said the final design plan also includes the addition of a plaque honoring the park’s namesake, William Twiggs. Serving in many capacities in early 20th-century Evanston government, Twiggs, who died in 1960, also worked as a barber, printer and editor of the “Afro-American Budget,” a periodical circulated nationwide.

Mariano said community members also suggested honoring a pioneer in the Evanston skating community on the plaque — Carl McCalla, who died in 2004 and was the only Black member of Evanston’s Tom Thumb competition skateboarding team in the late 1970s.

With construction scheduled to begin on the skate park in spring 2023 and to be completed in November that year, organizers say it is set to centralize a growing community of skaters in Evanston.

Hageman said he and his son are revving up for the park.

“I’m super excited about this,” Hageman said. “My big guy has been practicing riding his big boy bike and his skateboard in order to prepare for this.”