The Daily Northwestern • May 18, 2022 • https://dailynorthwestern.com/2022/05/18/campus/a-solid-and-vibrant-community-newly-approved-armenian-student-association-joins-campus/ 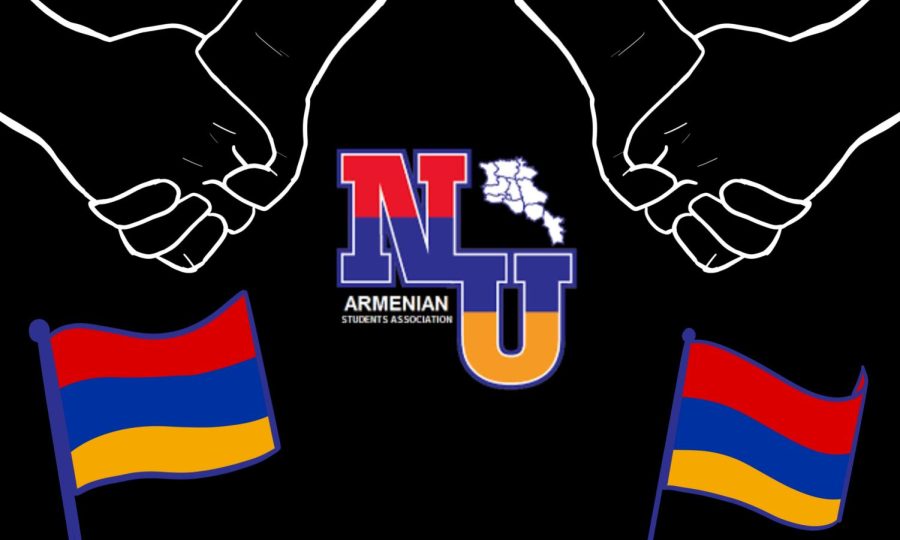 When Weinberg freshman Isabel Toghramadjian decided to attend Northwestern, she was disappointed to learn there were no Armenian student organizations on campus.

Upon her arrival, Toghramadjian said she quickly found other Armenians because Armenian last names are recognizable. However, she said there was no way for them to meet in an organized setting, so she decided to do something about it.

Toghramadjian is the president and founder of NU’s newly approved Armenian Student Association, the University’s only Armenian student interest group. The group aims to bring Armenian culture to campus through events and advocacy, she said.

“I’m very optimistic,” Toghramadjian said. “We have the potential to create a solid and vibrant community … This is going to be something good and sustainable.”

She first started an Instagram account in Winter Quarter and began following as many Armenian students as she could to gather interest. Toghramadjian then applied to be an official organization with Student Organizations & Activities. Last week, she found out the organization was approved.

This quarter, Toghramadjian said the club is looking to establish a general email list and launch a Wildcat Connection page. It also hopes to host a meet-and-greet event during Reading Period so students can get to know each other.

Toghramadjian said she hopes the club will be fully solidified by fall.

“I’m glad I could establish it early because it has potential for the next three years,” she said. “Hopefully it will also be sustainable once I’m gone.”

Communication junior and Social Media Chair Anelga Hajjar said she also hopes the club can serve as a safe space for Armenian students and raise awareness of the diaspora. Hajjar said turmoil in Armenia over the past year has made her feel isolated on a campus where she previously didn’t have a way to connect with other Armenian students.

“There was a resurfacing for me about what it means to be Armenian,” Hajjar said. “(This club) helps create visibility because we might be small, but we’re mighty.”

Hajjar said she also hopes the club will be a learning opportunity for students who identify as ethnically Armenian but might not have a connection to the country and its culture.

She said she has heard some NU community members deny the existence of the Armenian genocide, so she hopes the group can work together to advocate for Armenian rights.

Weinberg freshman and club member Stephanie Rissmiller said she is excited to learn more about Armenian culture and language because she said she doesn’t feel fully connected to her Armenian roots.

“Having this space on campus is really important for educating both individuals who are not members of the Armenian community, as well as members who want to learn more but find it difficult because resources about the culture and language are so scarce,” Rissmiller said.

Rissmiller said she is looking forward to finding a community that shares her identity through putting on Armenian dance performances and other cultural events in Fall Quarter.

While the group is still working to solidify executive positions and plans to officially launch Fall Quarter, Rissmiller said she’s excited to welcome both Armenians and non-Armenians who are curious about the culture to join the club, especially incoming freshmen.

Ultimately, Hajjar said she is excited to have a space on campus where the people around her fully understand her identity and background.

“It just feels good to be in a place where you can have a shorthand of people and where you don’t have to explain your identity,” Hajjar said. “Once it grows, it will be more of a safe space for Armenians to feel validated.”