The Daily Northwestern • May 17, 2022 • https://dailynorthwestern.com/2022/05/17/campus/professors-and-state-representatives-host-teach-in-on-roe-v-wade-outline-potential-consequences-of-leaked-draft-majority-opinion/ 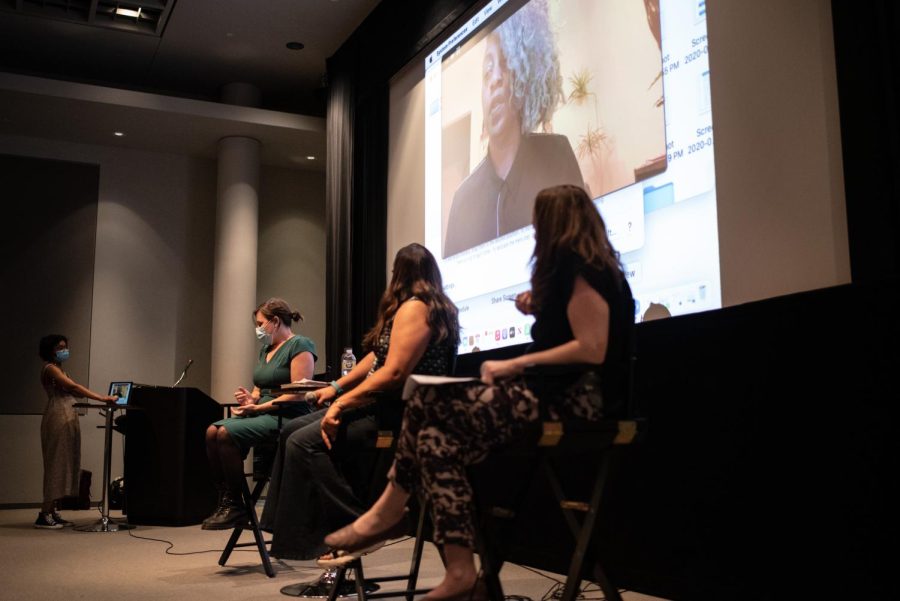 Sarah Brown, the director of the Women’s Center, moderated the panel about reproductive justice.

“There are certain liberties that governments cannot deprive without due process of law,” said legal studies Prof. Joanna Grisinger.  “Among those liberties is the right to privacy …or the right to control one’s reproductive autonomy.”

The leaked draft follows years of debate surrounding Roe v. Wade, though a majority of Americans support upholding the case and its precedent, according to the Pew Research Center.

Grisinger said 26 states are certain or likely to ban abortions if the court overturns Roe. This means more people seeking abortions will come to states like Illinois, which plans to uphold abortion access regardless of federal law.

The new question posed by the draft is whether or not states will have the ability to punish their citizens who cross state lines for abortion, Grisinger said. While she said the answers to this are currently vague, enforcement may become more prevalent.

“One of the things…states have spent the last several decades doing is building up policing,” Grisinger said. “We’re likely to see a much more robust effort to enforce these laws and to investigate things that look suspicious.”

Nzinga said the accessibility and affordability of abortions is an issue that predominantely affects marginalized communities. Abortion funds servicing Chicago and the Midwest aim to provide financial, logistical and emotional support for people seeking abortions. In 2020, the Chicago Abortion Fund helped more than 1500 people obtain an abortion.

“My communities were not part of any of these documents’ drafting,” Reyes said. “That’s part of the problem.”

Reyes also expressed her discomfort surrounding white women and abortion access. She said white women often embrace certain parts of the pro-choice movement, such as access to the pill or different contraception methods, but ignore people who are unable to have children due to unethical sterilization practices.

“There’s this concept of sacred bodies,” Reyes said. “Women are sacred beings, and they use that as a way to say ‘You can’t have an abortion, you’re sacred.’ But in traditional concepts they’re sacred in the way that they get to do whatever the hell they want with their bodies.”

Correction: a previous version of this article misquoted Prof. Joanna Grisinger. The Daily regrets this error.