The Daily Northwestern • May 16, 2022 • https://dailynorthwestern.com/2022/05/16/campus/former-white-house-russia-expert-fiona-hill-speaks-on-russias-invasion-of-ukraine-at-buffett-institute-event/ 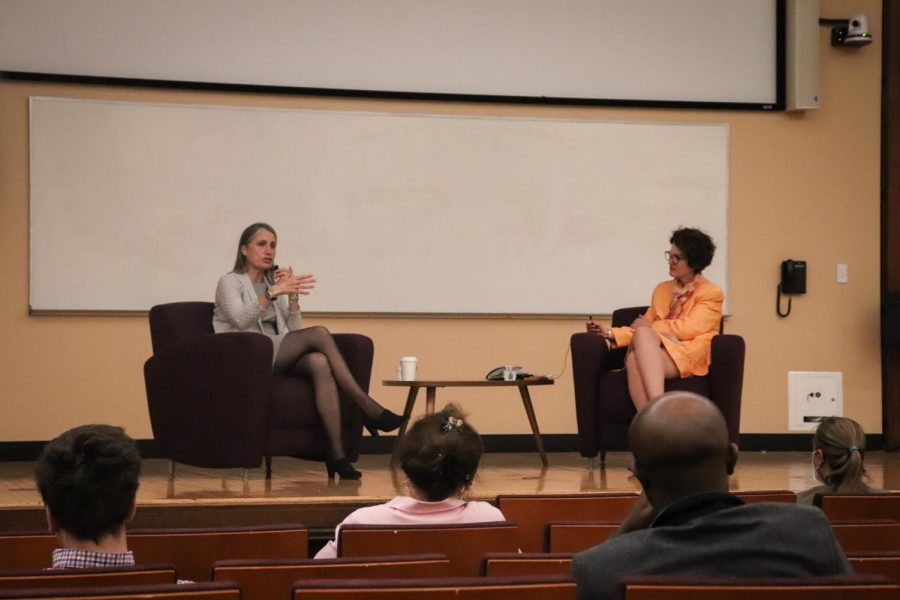 “The dangerous thing about Putin is that he’s acting without any checks and balances,” Hill said.

At the fireside chat, Hill also discussed the future of American democracy in the context of her latest book, “There is Nothing for You Here: Finding Opportunity in the Twenty-First Century.” Annelise Riles, director of the Buffett Institute, moderated the conversation.

Although she said this war is far from over, Hill added there are possible steps to resolution — even in the case of nuclear warfare. In the event that Russia uses weapons of mass destruction, there are legal statutes preparing the U.S. to cut the Russian economy off completely, Hill added.

Riles said the Buffett Institute will be sponsoring a number of virtual visitors from Ukraine over the next two days to continue educating the Northwestern community on the ongoing crisis. The Association of American Universities also sponsored a Monday morning Q&A with Ukrainian President Volodymyr Zelensky, which NU students, faculty and staff were invited to attend.

“This war in Ukraine is something that is going to shape every aspect of our society for decades to come,” Riles said. “(Hill) can give us some perspective on this conflict and on possible avenues towards resolution.”

Laura Acosta Gonzalez, Ph.D. candidate and Buffett graduate fellow, said learning from experts in addition to news media is valuable because of the unique perspective experts can provide. Experts like Hill can provide context from lived experiences, she said.

“(It’s important to) ask, what are the anteceding events that have led the situation to unfold as it is unfolding right now? ” Gonzalez said. “It’s always important to press for a reflection on how things unfolded in the past that led things to where they are right now.”

Ambassador in Residence Ian Kelly, former U.S. ambassador to Georgia and Hill’s colleague, said “there’s nothing else that comes close” to Hill’s analysis of Russia in her 2015 book “Mr. Putin.” Kelly added that Hill’s expertise on Putin himself makes her an unmatched resource on this war.

Hill said the first step for people to take in understanding this war is that, for Putin, it’s not about Ukraine.

“This is about Russia against the West, this is not about Ukraine. Ukraine is just the battlefield,” Hill said. “This is a battle of the past for (Putin), but for Ukraine, it’s a battle of Ukrainians, of all the different backgrounds that they come from. It’s a battle for their future.”