The Daily Northwestern • May 15, 2022 • https://dailynorthwestern.com/2022/05/15/campus/tedxnorthwesternu-speakers-discuss-revolutionizing-education-systems-rethinking-the-carceral-state/ 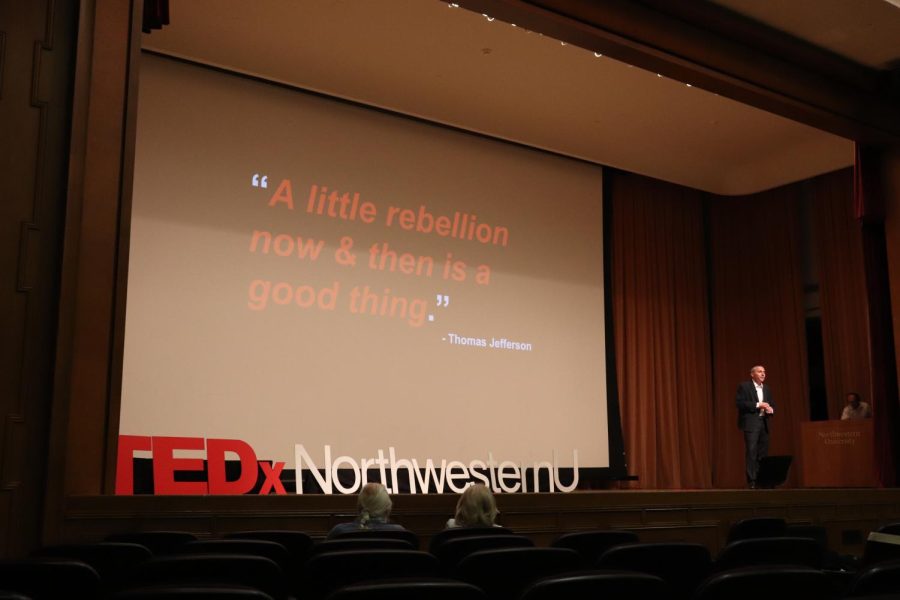 In late September 2009, Dan Cnossen woke up in a hospital bed, wondering what had happened to his legs. While serving as the platoon commander for SEAL Team One in Afghanistan, Cnossen stepped on an explosive device, which caused the injury.

At the TEDxNorthwesternU conference, Cnossen presented about moving forward while facing unexpected setbacks in life. Six other speakers also shared their stories and ideas at the annual conference at Ryan Family Auditorium Sunday afternoon.

The presentations centered around the conference’s theme: momentum. After recovering from surgery, Cnossen found himself on the podium at the Paralympic Winter Games for biathlon sitting and cross-country skiing medals.

Medill senior Tom Quinn, TEDxNorthwesternU’s associate director, said the license allows the club to use TED branding, and TED will publish the talks online. TEDxNorthwesternU is one of the only completely student-run TED conferences in the country, he added.

At the start of the school year, the club focused on brainstorming. Members then recruited speakers during Winter Quarter, Bhargava said.

“Not every TED Talk needs to have a new riveting idea you’re proposing,” Bhargava said. “(The presentation) comes down to what experiences you have … and how that changes the way you came to a conclusion.”

In his presentation, Evanston Township High School physics teacher Mark Vondracek outlined a need for revolution in the education system. He pointed to weaknesses in the school system, such as the achievement gap between white students and students of color.

“We’re treating everybody’s identities as standardized,” he said. “It’s assembly-line education, cookie cutter. This is why we need revolution, not just reforms.”

Vondracek said he started Project Excite to help address these issues. The program focuses on the social-emotional side of learning and creates long-term plans for Black and Hispanic students to close existing achievement gaps, he said.

Alice Kim, the director of human rights practice at the University of Chicago’s Pozen Family Center for Human Rights, spoke about changing the narratives surrounding incarceration. Her work against the death penalty led her to fight another form of punishment: life without possibility of parole.

“We have a system that criminalizes and pathologizes people who are Black and brown,” she said. “A prison isn’t just a place. It’s also an ideology with a long reach that shapes how each and every one of us thinks.”

Through her work, Kim met Renaldo Hudson, a formerly incarcerated individual who wanted to capture his own story. He turned his prison cell into a studio where he painted protest art that depicted his life experiences, Kim said.

Kim emphasized the importance of creating platforms for incarcerated people to share their stories. An event series called “Live from Death Row” allowed audiences around the country to hear directly from people on death row through amplified phone calls, Kim said.

“You and I have work to do if we want to end this dehumanizing mission,” she said, addressing audience members directly. “It starts by reaching across prison walls, each of us and all of us.”

The talks helped him think about issues from different perspectives, he said.

“You should come out feeling like you want to challenge the speakers because that’s how we get a productive dialogue,” Quinn said. “We’re not trying to change minds, but we’re trying to start a dialogue.”

— TEDxNorthwesternU spotlights the ‘visions and voices’ of Northwestern community