The Daily Northwestern • May 12, 2022 • https://dailynorthwestern.com/2022/05/12/lateststories/evanston-games-cafe-powers-through-the-pandemic-with-community-support/

Evanston Games & Cafe powers through the pandemic with community support 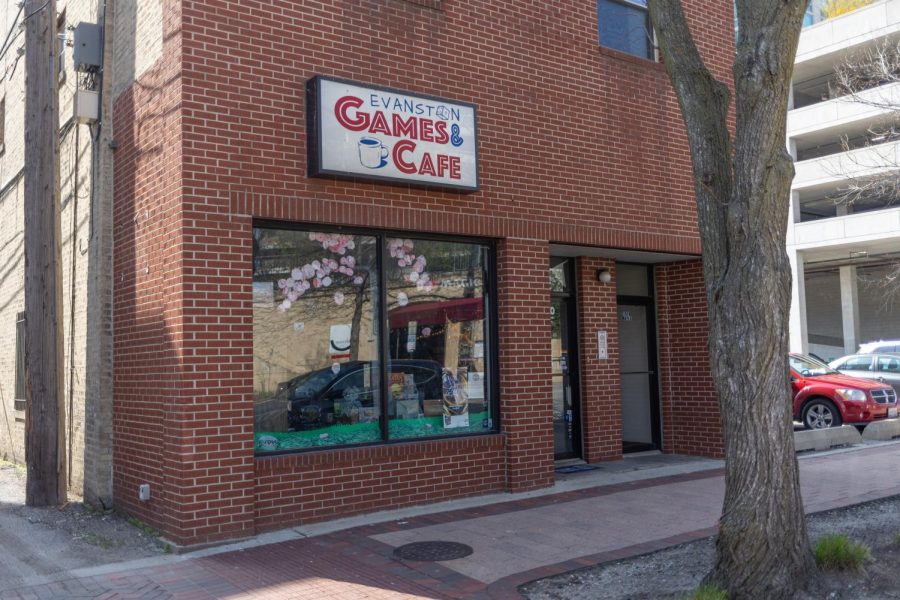 Evanston Games & Cafe. The store has gotten through the pandemic thanks to the support of its customers and community, owner Eli Klein said.

In an attempt to keep sales going during the height of the COVID-19 pandemic, Evanston Games & Cafe Owner Eli Klein started shipping board games internationally. But this proved to be a disaster when customs seized a valuable package, and another package was lost entirely.

“It’s been a weird two years,” Klein said. “The main thing has been trying to stay flexible as new information comes out.”

However, Klein said a strong network of patrons supported the store through a gradual reopening. In the early months of the pandemic, Klein closed the store completely and delivered board games out of his basement. It slowly reopened with shopping, events, food service and seating.

Now, Klein said customer turnout has mostly returned to normal, though the store’s overall operations have changed. It no longer hosts game nights, though Klein hopes to bring them back soon.

Before the pandemic, events at Evanston Games & Cafe were catered by local restaurants. But because many restaurants are facing staffing issues, the store now cooks all food in-house, according to Klein.

Despite difficulties, Klein said his store hasn’t been as negatively affected as other businesses. He attributed the store’s survival to its strong community of patrons.

When the store was temporarily closed, Evanston Games & Cafe’s Patreon, a monthly online subscription service that helps businesses and creators stay afloat through crowd-sourced donations, remained active. Beyond that, Klein said many customers went out of their way to order from the online store, even with other convenient options available.

“They knew it was going to be a rough time for businesses,” Klein said. “They wanted to make sure we were still here.”

Similarly, fellow employee Clair Brown, who had been a longtime patron of Evanston Games & Cafe, said gaming didn’t lend itself to a virtual format. She said the store’s efforts to shift gaming sessions online were short-lived.

“For most of it, there’s just no play,” Brown said. “It’s hard to coordinate, and playing Magic over a webcam is not as fun as playing in-person.”

With the store now fully reopened, Brown said she still gets nervous when there’s a full house, preferring smaller gatherings due to a fear of contracting COVID-19. But, she said engaging with the gaming community at the store has helped her with personal struggles.

Brown said the store is a place for people to connect through gaming, and these interactions have helped her with her social anxiety.

“Getting to meet people through a shared interest makes that a lot easier,” Brown said.

Kramer emphasized the importance of in-person connections and the difficulty of replicating them online. Those friendships, he said, are a reason why Evanston Games & Cafe means so much to the community.

“This has always been my safest space. It’s a really important space,” Kramer said. “I think a lot of people feel the same way.”