The Daily Northwestern • May 12, 2022 • https://dailynorthwestern.com/2022/05/12/campus/graduate-students-continue-advocating-for-a-dedicated-lounge-space-on-chicago-campus/ 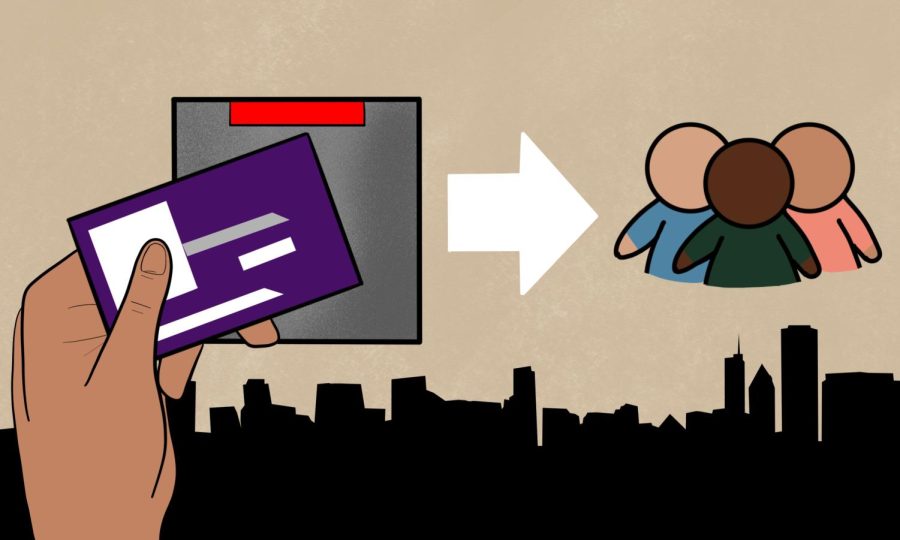 Graduate students on NU’s Chicago Campus have said administrators have not followed up on ongoing demands for a dedicated lounge space.

When sixth-year Driskill Graduate Program in Life Sciences student Patrick Madden arrived at Northwestern in 2016, students in The Graduate School could access two lounges in NU’s Chicago Campus. Just a few years later, they could not access any.

These lounges have been opened up to the broader Chicago Campus or allocated specifically to Feinberg School of Medicine students. Since 2018, Madden and others have attempted to increase access to lounges for TGS students, with little success.

“This is not a burden on really anyone because it would literally take (the University) five minutes to give us access,” Madden said. “All they need to do is tell the facilities people to activate our Wildcards.”

The only spaces on the Chicago Campus TGS manages are a conference room in Abbott Hall and a few adjacent office spaces, according to University spokesperson Hilary Hurd Anyaso. However, this conference room is not a dedicated lounge space — though TGS students can reserve it for meetings and small group events, Anyaso said in an email to The Daily.

“If you don’t purposely seek out your community and your people, you — in the most literal sense — won’t see them,” Flores said.

Flores, who serves as advocacy chair of the Chicago Graduate Student Association, said a space on the Chicago Campus for TGS students could help resolve this problem. NU only has one lounge for TGS students, which is located seven miles from Chicago on the Evanston campus.

Even the conference room in Abbott Hall and office spaces can sometimes be difficult to secure because they are shared with medical students, Flores said. She said it’s a “constant struggle and competition” to book these spaces.

Madden, a former member of the DGP Student Council, said finding space to study on the Chicago Campus can be challenging. Though TGS students have access to the Galter Health Sciences Library, he said the space is often “monopolized” by medical students.

“We don’t have any graduate student-specific place for us to meet,” Potluri said. “There is nothing we can call ours.”

Past and current efforts to secure a lounge

Flores said CGSA is pursuing efforts to advocate for a lounge space for DGP and TGS students. However, she said many of the steps CGSA is pursuing are similar to past efforts, which have been unsuccessful.

Flores said administrative turnover every few years and high real estate prices in Chicago are some of the reasons these efforts have stalled in the past.

“The crazy thing was that they didn’t tell anyone,” Madden said. “They could have told the DGP administration that they were removing our access, but they didn’t.”

Similarly, when the Simpson Querrey Biomedical Research Center opened in 2019, TGS and DGP students were not given access to one of the building’s new lounges, Kabiller Student Commons, while medical students were, Madden said.

He said CGSA members were later told Wayne’s decision was impacted by the fact that Feinberg would soon be undergoing its accreditation process.

“We were subsequently told that the Office of Medical Education was worried that the medical students were going to complain,” Madden said.

In December 2019, Madden and the DGP Student Council conducted a survey for Chicago graduate students regarding student lounges. The survey, made of responses from 255 students, found 82.3% of respondents found space to connect with other TGS students was “lacking or non-existent.”

There was no follow-up from the NU administration regarding the contents of the survey, Madden said.

Madden also said administration members have denied requests in the past to give TGS students access to any Chicago Campus student lounges, including in the Simpson Querrey Biomedical Research Center.

“There are graduate students who spend 80 hours a week working in that building that don’t have access to that student lounge,” Madden said. “That just never made sense.”