The Daily Northwestern • May 12, 2022 • https://dailynorthwestern.com/2022/05/12/campus/asg-votes-to-not-change-mena-student-associations-funding-tier-in-the-student-activities-finance-committee/ 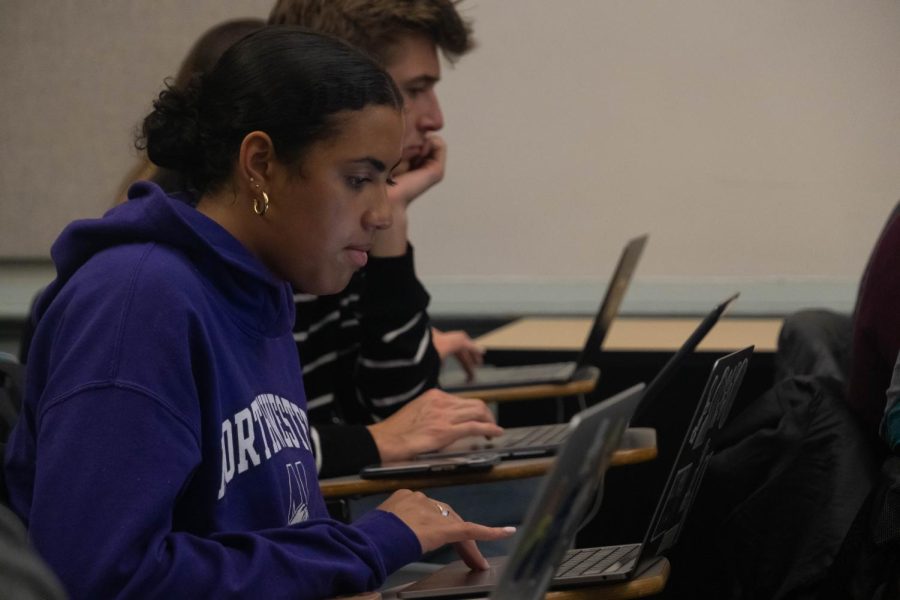 The MENA Student Association proposed the emergency legislation ahead of Sunday’s spring funding deliberation meeting. The group currently sits in the tier-six level of funding, which means the SAFC can fund events up to $300.

The original resolution, proposed by MENA Senator and Weinberg freshman Mahdi Haseeb, asked ASG to move the association to the tier-one level, allowing the committee to fund events up to $10,000. Because it is a new organization, MENA currently sits at the tier-six level. It typically takes at least a year for organizations to move between tiers, according to SAFC committee chairs.

MENA President and Weinberg sophomore Sara Ibrahim, a former op-ed Daily contributor, filled in for Haseeb and said the proposal should extend to other cultural clubs as well.

Ibrahim said it is unfair for ASG to restrict club tier movement, especially for cultural clubs that are important to student identities at a predominately white institution. The MENA Student Association cannot continue to run at capacity without an increase in funding, she said, and the current executive board expends a lot of energy applying to external grants.

“We’ve only been an organization for one year, but since our one year of inception, MENA has seen tremendous growth with a community of over 150 members,” Ibrahim said. “This budget is not enough to keep programming and representation alive … there’s no reason for MENA students at Northwestern to hold on celebrating their identities.”

After more than an hour of debate, ASG senators decided to pass an amended version of the proposal that did not change MENA SA’s tier system but called for a higher percent increase for SAFC funding to culturally based organizations by the end of the year and to increase the affinity fund by $10,000.

Weinberg sophomore and SAFC Chair Laura Solano-Flórez said the proposed tier increase would be unfair to other cultural clubs. There are more than 35 affinity clubs receiving funding from the SAFC, and many of them — including the Chinese Students Association and Rainbow Alliance — are not at the tier-one level of funding either, she said.

Though Solano-Flórez emphasized no system is fair, she said the current one was created to allocate limited funds more fairly. While she said she would want to fund every cultural group on campus, doing so would not be feasible given budgetary constraints.

“The tier system is not based on how many members you have (or) the importance of your club,” Solano-Flórez said. “It is based on trust because we want to make sure that these clubs can handle the money before we give them more than $10,000.”

Former SAFC Chair and Weinberg senior Cristina Rackley, who served as a senator during this meeting, said the SAFC has also turned down a number of other groups who asked to move tiers. Rackley said there is no explanation for why the MENA Student Association could be a plausible exception.

“There’s no jumping up tiers because I think it’s very unfair to other groups that have been waiting for many, many years,” Rackley said.

Instead, Rackley proposed the revised amendment that ultimately passed.

The next ASG Senate meeting will be the funding Senate, where the SAFC will meet with Senators to allocate certain amounts of money to each student group.