The Daily Northwestern • May 6, 2022 • https://dailynorthwestern.com/2022/05/06/ae/musician-of-the-week-singer-songwriter-ava-earl-learns-to-smell-the-roses-with-her-latest-album/

Musician of the Week: Singer-songwriter Ava Earl learns to smell the roses with her latest album 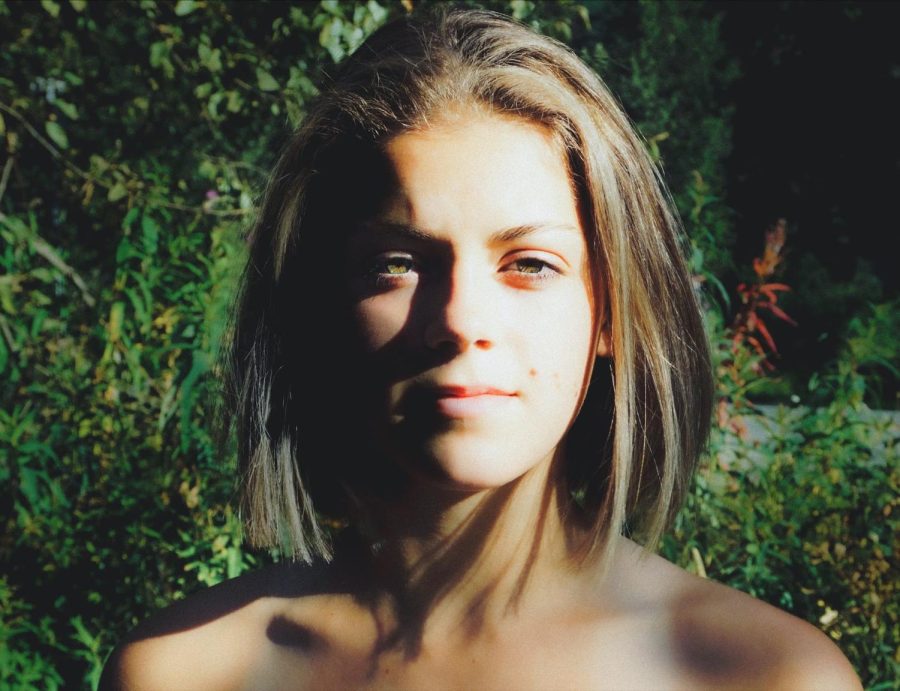 Singer-songwriter Ava Earl. The Weinberg freshman has released four albums while also running on the cross country team at Northwestern.

When Weinberg freshman Ava Earl was 15 years old, she opened for Maggie Rogers when the artist performed in Earl’s home state of Alaska. Now, Earl is continuing to pursue her music career while studying political science and running on Northwestern’s cross country team.

“The best part (of songwriting) is when I play it for someone and get instant validation,” Earl said. “I write songs for me first and secondarily for other people.”

Earl, who defines her genre as Americana, has released four albums and written hundreds of songs since the age of 9. The Girdwood, Alaska, native has been immersed in music from a young age, eventually settling on guitar — though her first instrument was the pennywhistle.

Earl said she would tweak songs she learned in music lessons as a young child, something her music teacher highly encouraged.

“I realized I could express myself through music in a personal way,” Earl said. “I loved discovering that aspect of myself … and once it started getting more serious, my parents matched my enthusiasm level.”

With each subsequent album, Earl said she refined her songwriting and producing skills to create a sound that was uniquely hers. She said she draws inspiration from musical influences like Brandi Carlile, Taylor Swift and Josh Ritter.

But Earl said one of her main influences is Allison Russell of the band Birds of Chicago. She attended one of the band’s performances in Anchorage where she met both Russell and JT Nero, the other band member. Earl said Nero took an interest in her music and they kept in touch over the next few years.

“Everyone was struck by her poise, and she was very respectful and very open to anybody’s input or opinion,” Nero said. “The studio can be intimidating … You can lose your connection to that spiritual aspect of music-making pretty quickly, but she always knew the thing that she was striving for.”

Nero said one song from the album that resonated with him was “Mountain Song” — the same song Earl’s manager, Abbie Duquette, said was her favorite on “The Roses.”

Duquette said Nero introduced her to Earl, and she immediately recognized the singer’s potential, calling Earl’s talent “beyond her years.”

“She is literally one of the most hardworking people I know — when she puts her mind to something, she does it, and that’s just so rare and so wonderful to see,” Duquette said. “She also just cares so deeply about people which is also rare, so when you get the combination of all those things, it’s like, ‘What?’”

Duquette mainly guides Earl through the business side of the industry. Earl said in the past year, she’s had to learn to balance her school work with her songwriting and track careers.

While she has a busy schedule, she said she’s fallen into a rhythm, focusing on track during the academic year and singing during the summer. That’s not necessarily a hard line, though — Earl will be performing at Evanston SPACE with Sway Wild on May 8.

Earl’s journey hasn’t been without bumps in the road. Last year, she suddenly went deaf in one ear for no apparent reason after she finished recording “The Roses.” Earl now uses a hearing aid, which affects how she hears and perceives music, she said.

“I’m in a place where I obviously prefer to have both ears working — I’m not over it — but I’m very appreciative for what I have right now, and it’s not as painful,” Earl said.

Ultimately, Earl said although she has many interests, singing is the career she wants to pursue post-grad, as she experiments with new styles and collaborations.

Duquette said she appreciates Earl’s style, wisdom and poise, especially as a young person in the industry.

“She creates really unique and interesting melodies, and her guitar playing is really unique and beautiful — I love the comb,” Duquette said. “It’s fun to work with someone who’s open to new ideas, exploring new avenues and new sounds.”

Check out the “Sound Source: Deep Dive.” We take a closer look into the lyrics of “Chaos,” Ava Earl’s favorite song from her latest album.

— Musician of the Week: Jenna Kopp