The Daily Northwestern • May 5, 2022 • https://dailynorthwestern.com/2022/05/05/city/reparations-committee-discusses-avenues-to-increase-budget-by-2-6-million/ 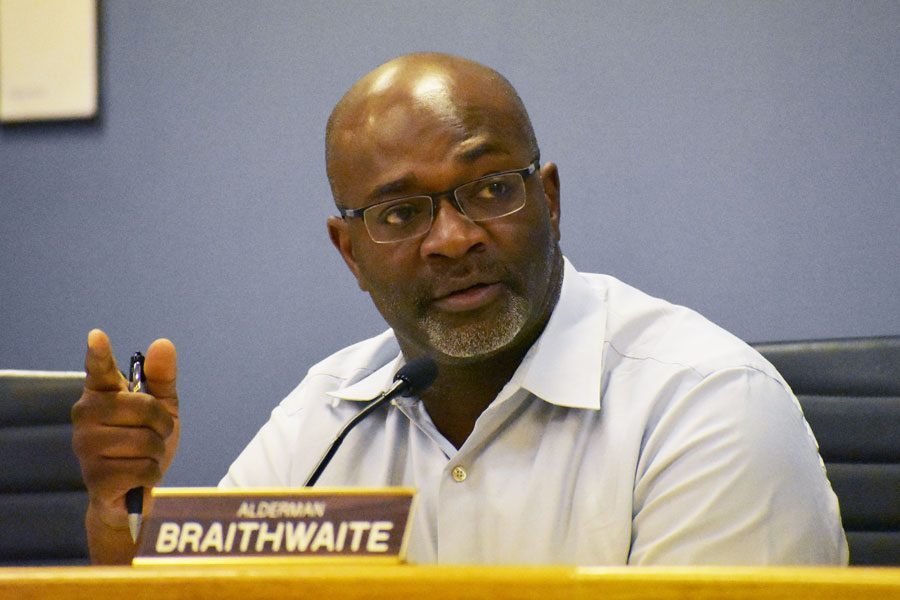 “We are all very conscious and aware of the sense of urgency,” committee Chair Ald. Peter Braithwaite (2nd) said. “So we’re pushing the envelope, and we’re trying to find ways outside of the one dispensary that’s coming in that will help us to move forward.”

The Restorative Housing Program gives up to $25,000 each to selected “Ancestors” — Black residents who lived in Evanston and were at least 18 years old between 1919 and 1969. Recipients can then allocate the money to home mortgage assistance, home improvement, home purchase or a combination of options.

However, current funding only provides benefits to 16 of the 122 qualified Ancestors who applied. Evanston pledged $10 million in total to reparations, but the Restorative Housing Program currently has $400,000 in funding.

The program is funded by the city’s 3% sales tax on cannabis retailers. But because Evanston has just one recreational cannabis dispensary, Zen Leaf on Maple Avenue, the tax generated less revenue than expected, according to a memorandum from Parks and Recreation Department Director Audrey Thompson.

At the meeting, committee member and previous 5th Ward Ald. Robin Rue Simmons called for a budget update because more cannabis tax revenue has been generated since the program began.

City staff proposed seeking out General Obligation bonds or a no-interest loan to finance the additional $2.6 million, which would be repaid over time as money from the cannabis tax increases.

Rue Simmons suggested applying funds from the American Rescue Plan Act of 2021, avoiding the need for a loan. ​​Evanston received about $43 million in funding from ARPA, a federal pandemic rescue plan that allocated $350 billion to state and local governments.

Corporation Counsel Nicholas Cummings, however, said the federal money comes with restrictions on how the city can spend it. He gave the example of another community that tried to apply money from the Coronavirus Aid, Relief and Economic Security Act, another federal economic stimulus law.

“Those dollars are tied up in litigation right now because that community tried to actually do a reparations program,” Cummings said.

Rue Simmons also proposed the implementation of a graduated real estate tax, a funding idea from a few years ago that was discarded in favor of the cannabis tax. Cummings said the idea could work, but is complicated by tax rules.

In response, Braithwaite said the city was also running a deficit in other areas, affecting how excess funds can be used.

Though Cummings said applying general funds to the reparations program could open the program to challenges from anyone who pays taxes in Evanston, Rue Simmons said it would demonstrate Evanston’s dedication to reparations.

“If the city is committed to reparations, then I don’t see Councilmember Reid’s recommendation of using our funds out of line of our values here,” she said. “That would be a real statement to have that support from the general fund if it were available.”