Podculture: Tightly knit: Northwestern’s knitting club has community and a cause 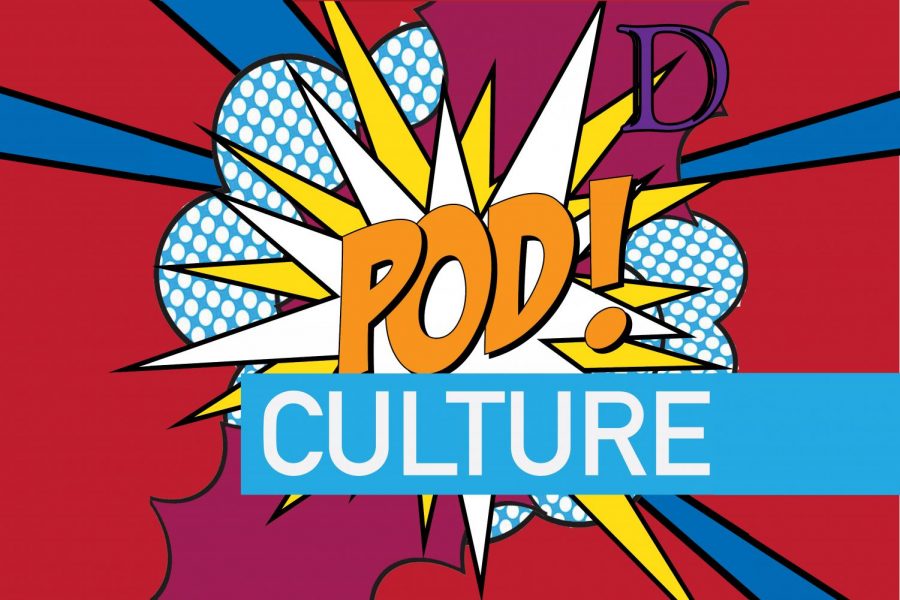 Esther Lim and Mika Ellison
The Daily Northwestern · Podculture: Tightly knit: Northwestern’s knitting club has community and a cause

MUSIC: Broke for Free – Something Elated

Northwestern’s Knitwestern loves knitting, good music and (obviously) puns. In this episode of Podculture, find out how Knitwestern came to be, what the club’s mission is and what keeps students coming back to knit another day.

ESTHER LIM: And I’m Esther Lim. This is Podculture, a podcast about arts and culture on campus and beyond. Today, we’re talking about Northwestern’s very own knitting club, Knitwestern. Listen in, and we’ll take you to a world of fluffy skeins of colorful yarn, clicking needles and crochet hooks.

MIKA ELLISON: Before the club was officially recognized, Knitwestern got its modest start on the ground floor of the Norris (University) Center during the fall of Founder Sarah Eisenman’s freshman year.

SARAH EISENMAN: I had made a couple of friends through my dorm and through my PA group, and we were like, let’s just start. So we met at Norris, just like in the area by Patty Squared. We would just sit at a table, and I would teach people, and we would just talk — and it was just a small group of people at first.

ESTHER LIM: She said that after the club received official ASG recognition, the idea of building community through knitting really took off.

MIKA ELLISON: But the club doesn’t just seek to build an insulated knitting community within Knitwestern.

ESTHER LIM: That’s true. And you can really see the club’s emphasis on contributing to a larger community outside of Knitwestern reflected in one rule that every attendee must follow. For Weinberg freshman Maya Vuchic, it was this rule that made the club stand out.

MAYA VUCHIC: All of their supplies are intended for other people. If you use their yarn, it’s going to be to make something to be donated.

MIKA ELLISON: Although Maya hasn’t been able to find the time to be as active in the club since Fall Quarter, she was so drawn to this mission while researching Northwestern that she wrote her “Why NU” essay about Knitwestern. Here’s her reading an excerpt:

MAYA VUCHIC: Beyond the classroom, there are so many opportunities for me to engage with my fellow Northwesterners as well as the greater off-campus community. Take the Knitwestern club, for example. I can embrace my teenage grandma and teach others to do the same.

ESTHER LIM: According to Sarah, the club has donated hats, mittens, scarves, beanies and even socks to various organizations.

MIKA ELLISON: For example, they’ve donated to Inspiration Corporation, a group that helps unhoused and formerly incarcerated people get back on their feet.

MIKA ELLISON: Right now, the club is donating their creations to SOLR, or Students Organizing for Labor Rights, a Northwestern group that advocates to improve working conditions and fairness for campus service workers.

ESTHER LIM: Sarah considers Knitwestern her “baby.” She said service through knitting is a vision she’s had since high school, when she established Kids Knitting it Forward, her Girl Scouts Gold Award project during her senior year.

MIKA ELLISON: But even before then, Sarah was captivated by the art of knitting. When she was younger, her aunt bought a “knitting party” —  a professional came over to her house to teach Sarah, her aunt and her aunt’s friends how to knit.

ESTHER LIM: And, she’s been hooked ever since.

SARAH EISENMAN: Nine-year-old me was absolutely enthralled by this. I don’t really even know what drew me to knitting in the first place. I just know that I always loved crafting. I really love using my hands, and I especially love the idea of using a skill that you have to help someone else — I’m really big on that.

ESTHER LIM: Many club members are drawn to knitting because despite how complicated it can seem, it’s surprisingly easy to get the hang of. Weinberg junior Emma Estberg doubles as Knitwestern’s current president and an applied math major. She said knitting sometimes reminds her of doing math problems.

EMMA ESTBERG: I feel like knitting is very detail-oriented, which I think math is as well. I wouldn’t say that when I’m knitting, I’m like, ‘Oh, I’m missing math,’ but it’s really interesting. There’s a lot of STEM people in Knitwestern.

FANNIE LIANG: It’s definitely a nice space where you can go and relax and knit with other people, and if I need help with something, I can come and ask for that help.

ESTHER LIM: Kayla said she loves Knitwestern because of the flexibility of its schedule. Every week, the club changes their location between North and South Campus. They also alternate between an hour and a half of pure knitting bliss in the afternoon or in the evening to accommodate people’s schedules. But it’s the people in the club that keep her coming back every week.

KAYLA RO: I have so many good moments of just hanging out and vibing with people. And you get such a diverse group of people who knit and you’re like, I never would have guessed that you knit, but we’re all here now. And you can hear about what everyone’s projects are and also rant about Harry Potter for half an hour as well.

MIKA ELLISON: The communal aspect of Knitwestern is also tied to its mission of building an on-campus community through the power of intentional, mindful hand-crafting where every stitch, every purl is made with purpose.

ESTHER LIM: Maya likened the process to making a prayer shawl, where the knitter thinks very consciously about a message or a prayer they want to imbue the shawl with as they knit.

MAYA VUCHIC: To carry that into a communal setting, when you’re knitting with people and enjoying that time with people, I think that kind of translates a little into what you’re making. You’re able to knit love, as I like to say. You’re able to translate that sense of community into what you’re making. So instead of knitting being a solitary action, you’re making it something that many people can experience together, and that many people can contribute to in a more spiritual sense.

ESTHER LIM: Emma agreed that Knitwestern is special not only because of the atmosphere, but because it’s open to anyone at any time. There is no application, nor is there pressure to attend every meeting.

EMMA ESTBERG: There’s a great community. Everyone is so nice. We love helping everyone out. We just love chatting about whatever. It’s also very inclusive and open.

MIKA ELLISON: Emma also told us one of her favorite aspects of Knitwestern’s approachable environment.

ESTHER LIM: So of course, we had to see for ourselves what knitting was all about  — and maybe even start our own projects — at a Knitwestern meeting.

MIKA ELLISON: I even learned how to knit! I started by casting on a row of stitches…

MIKA ELLISON: And moved on to knit a whole two rows of a headband!

ESTHER LIM: Aw man Mika, I’m sorry to hear that! But you know what, Sarah did tell me that it does take a little while to get knitting truly down to your fingers. But once you do, it’s a whole new world. Like many of the members that we saw at the Knitwestern meeting, you won’t even have to look down at your fingers while you knit. In fact, a whole bunch of them held full-on conversations while they knit!

MIKA ELLISON: We even got to hear the endless collaborative Spotify playlist that plays at every Knitwestern meeting.

ESTHER LIM: We didn’t hear “Cotton Eye Joe,” but a Minion song did make an appearance.

MIKA ELLISON: The playlist is a reflection of how tightly KNIT the community is as a whole. Emma also told us Knitwestern has connected her to the wider world of knitting.

EMMA ESTBERG: I’ve learned a lot more about a community of knitters because I guess before I kind of just wouldn’t do it on my own. But now, like, I’ve learned, there is such a large community out there. Like there’s like, a whole website that’s just for sharing patterns that has these so many members. There’s a bunch of YouTubers and Instagrammers. Like, it’s just a very large community, which I didn’t really know about before this.

ESTHER LIM: Sarah said she feels Knitwestern’s growth has been a reflection of the growing community of knitters everywhere. She appreciates how both the greater knitting community and Knitwestern are breaking traditional images of who a knitter can be.

SARAH EISENMAN: It’s cool to see the trend that we were experiencing here through the founding of Knitwestern — is kind of modeling and mirroring the pattern in the greater community too, as people realize that I don’t have to be a certain kind of person to access this kind of hobby.

MIKA ELLISON: Want to learn how to knit, take your mind off of school and surround yourself with the eager chatter of fellow knitters? Knitwestern is ready for you with bins of overflowing yarn.

EMMA ESTBERG: I currently have all the yarn in my storage unit at my apartment. It’s like six giant bins of yarn because we got a huge donation last year. We’re trying to get a space in Norris to store that because I won’t be here forever.

MIKA ELLISON: And I’m Mika Ellison. Thanks for listening to another episode of Podculture. This episode was reported and produced by me and Esther Lim. The audio editor of The Daily Northwestern is Lucia Barnum, the digital managing editors are Will Clark and Katrina Pham, and the editor in chief is Jacob Fulton. Make sure to subscribe to The Daily Northwestern’s podcasts on Spotify, Apple Podcasts or SoundCloud to hear more episodes like this.