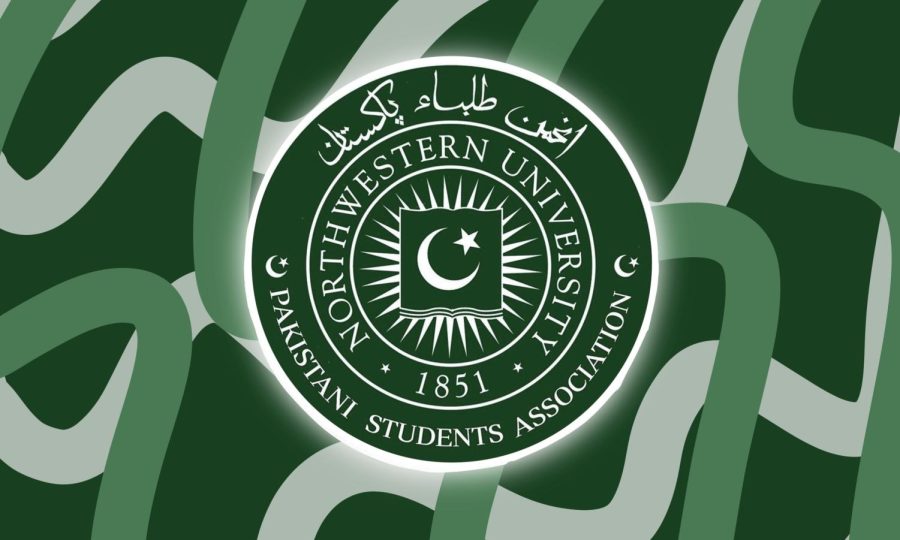 Communication junior and PSA Treasurer Neeha Rashid designed the organization’s logo to represent both Pakistan and Northwestern University. The phrase written at the time in Urdu, the national language of Pakistan, loosely translates to “Pakistan Students Association,” according to Rashid.

A group of Northwestern students discussed the possibility of a Pakistani-focused student organization over dinner at Tapas Barcelona early Winter Quarter. That possibility became a reality in March when the Pakistani Students Association was born.

“It started to provide a space for students of Pakistani descent or from Pakistan who didn’t feel like they quite fit into the present spaces for the South Asian identity,” McCormick sophomore and PSA President Hajra Malik said.

Malik said PSA holds a different approach to programming than other campus groups, like the South Asian Students Alliance, which is the largest cultural organization on-campus for South Asian students.

Malik said because SASA is a more Indian- and Hindu-centric group, it doesn’t always cater to Pakistani students. She said PSA will provide a more Pakistani-centric experience for students.

“We want to be able to offer a bit of home for everyone from Pakistan,” Malik said. “That’s easier to achieve as PSA than try to incorporate that into SASA, which is already trying to do so much.”

Malik said PSA plans to collaborate with SASA and the Muslim-cultural Students Association, including for a cultural event set for late April.

“The night before Eid is called Chaand Raat, and everyone gets together and celebrates, and there’s lots of food involved,” Weinberg freshman and PSA Secretary Zahra Hussain said. “It’s a very fun, festive atmosphere.”

Hussain said she celebrated Chaand Raat in her hometown of Lahore in Pakistan, and PSA’s goal is to recreate the event’s atmosphere at NU.

PSA also plans to host other events throughout the quarter including a Basant Kite Flying Festival, which is an event held to celebrate the start of spring in Pakistan, and game nights every other weekend, according to Communication junior and PSA Treasurer Neeha Rashid. Rashid is an exchange student from Northwestern University in Qatar and will be leaving Evanston by fall 2022.

Though all plans for events are tentative and subject to change, Rashid said PSA wants to start with events before potentially moving into weekly meetings.

“We want it to start off as event-based so that once people know what the organization is about, they can come to weekly meetings if they want to connect more with people inside the organization,” Rashid said.

Executive positions in PSA, as well as general involvement in the group, is not limited to just undergraduates, Malik said.

“I hope that we are able to project how much we want this to be an open space for literally everyone and anyone,” Malik said. “We want it to be a space for graduate students, undergraduate students and people who miss home to be able to do the things they’d be doing at home.”

— SASA hosts workshop on South Asian engagement in the 2020 Census