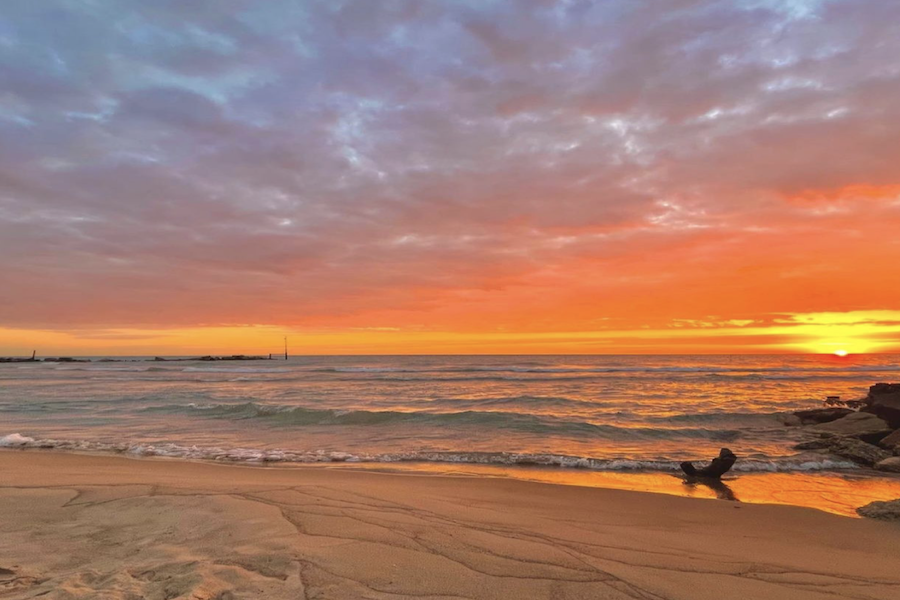 Sunrise at the North Shoreline beach in Evanston. In their new positions, Audrey Thompson, Michael Callahan and Tim Carter will oversee Evanston’s five swimming beaches as well as a large scope of parks, programming and personnel.

Thompson has served as interim parks and recreation department director since February. She previously oversaw the youth and young adult division and the senior services program as the city’s community services manager, and had an extensive career in community-based children’s services in Mississippi. Her primary areas of focus included youth violence prevention programs, including Evanston’s “My City, Your City, Our City” initiative, now going into its second year of increased summer programming to engage at-risk youth.

In her new role, Thompson will continue her work prioritizing the swift implementation of Salvatore, Prescott, Porter & Porter’s recommendations following its independent investigation into misconduct among lakefront staff.

Callahan will join the department from his current post as forestry supervisor/arborist for Evanston’s Public Works Agency. In his forestry work, he’s focused on ecological consciousness by developing natural resources in public spaces around the city, in line with the city’s larger climate and sustainability goals.

In addition to working with Thompson to oversee the department and its personnel, Callahan will initially focus on the upkeep of public greenspace infrastructure — specifically beaches and city parks.

Before his appointment to Lakefront Director, Carter was the program coordinator at the Levy Senior Center, where he oversaw management of the physical center and coordinated programming including social services, senior benefit access help and large-scale meal services. He has previously held parks and public works administrative positions in three other area townships.

The appointees all have more than a decade of experience, according to the release. Gandurski said she is excited to start working with the team, not only on the upcoming busy summer recreation season, but also on implementing systemic changes to improve the workplace culture around Evanston’s parks, continuing to protect employees.

“[Audrey, Michael and Tim] embody the character, values and commitment to public service necessary to serve our community,” Gandurski said in the news release. Thompson and Carter will start in their new positions immediately, and Callahan will start April 25.