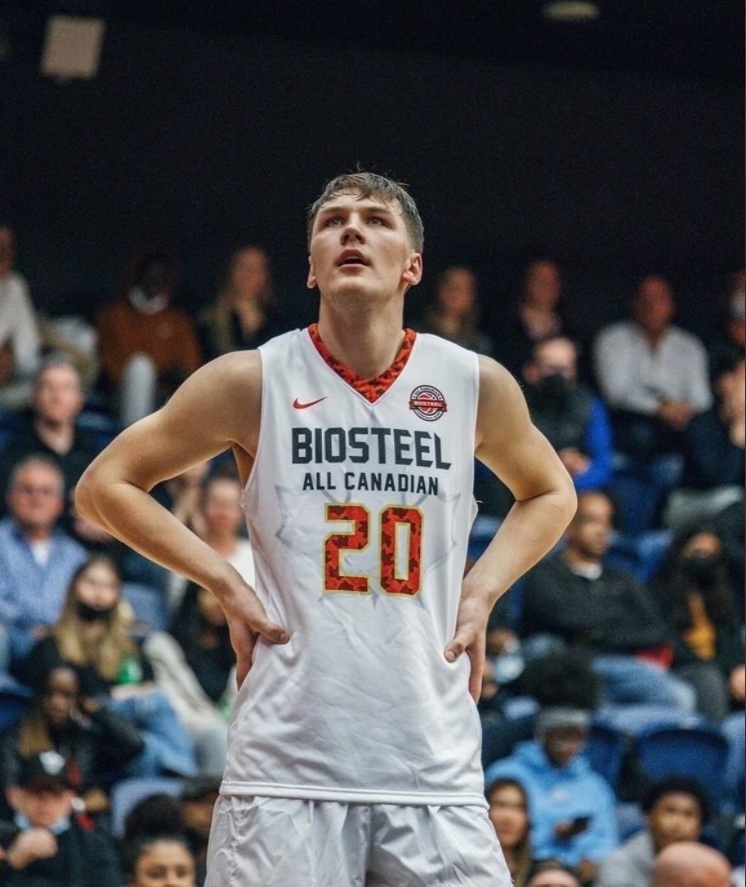 Come November 2022, a dream of D-1 basketball will become a reality for Luke Hunger as he officially makes his debut in purple and white. The Canadian power forward is Northwestern’s lone recruit in the Class of 2022, joining a roster with clear frontcourt holes to fill after redshirt junior center Ryan Young entered the transfer portal in March and senior forward Pete Nance is expected to enter the NBA draft process.

The Daily spoke to Hunger about NU, his high school basketball journey and what the future holds in Evanston.

The Daily: What made Northwestern the right fit for you?

Hunger: One of the biggest things when I was making a decision was being able to use basketball to get a great degree, and Northwestern just presented the perfect opportunity because I also wanted to play high major basketball. So being a Top-10 school academically, and also playing in the Big Ten was just super attractive to me.

The Daily: For those unfamiliar with your style of basketball, how would you describe your game?

Hunger: I would consider myself a four or five that can stretch the floor. I can play many different roles on the court. I can take smaller players down in the post and can also take bigger guys out on the perimeter. I’m just an energy guy. I’m always on the offensive glass, always trying to make that hustle play. Just trying to bring energy.

The Daily: How much of an impact did Northwestern’s 5-out, small ball offense and your possible fit in that system have on your decision?

Hunger: When (NU) was recruiting me, we were watching some clips of me, and they were showing a lot of Pete Nance’s clips and how they use different sets to get him open within their offense. Seeing that, and then also seeing Robbie (Beran), who’s also a great shooter, and how he’s getting sets run for him. All that stuff made it super appealing.

The Daily: You were just named New England Preparatory School Athletic Council AAA Player of the Year after a great season at Northfield Mount Hermon. How does your experience playing in that conference, plus your spring and summer spent on the Nike Elite Youth Basketball League circuit, prepare you for Big Ten competition?

Hunger: The EYBL definitely helped. Playing against the top players in my class every single day did a great job to prepare me for the NMH season, and also college, because a lot of those guys that I was playing against are going to be my opponents. And then playing in NEPSAC, it’s a very physical league. Every day is a grind playing against really good players and well-coached teams.

The Daily: Is the prospect of being Northwestern’s lone recruit in the Class of 2022 daunting?

Hunger: No, I’m just ready to jump into whatever environment that is presented to me. I’m not really thinking about what other players are coming in. I’m still going to come in and do what I do. I’m letting the coaches handle the roster, and I’m just going to handle what I can handle.

The Daily: What do you envision year one at Northwestern looking like?

Hunger: My goal is definitely to have a spot in the rotation and be an impact player right off the jump. I want to go in and play meaningful minutes. Coach Collins talks about how I need to be ready from the jump. There’s clearly an opportunity in the frontcourt to earn minutes, so my expectations are to try and play.