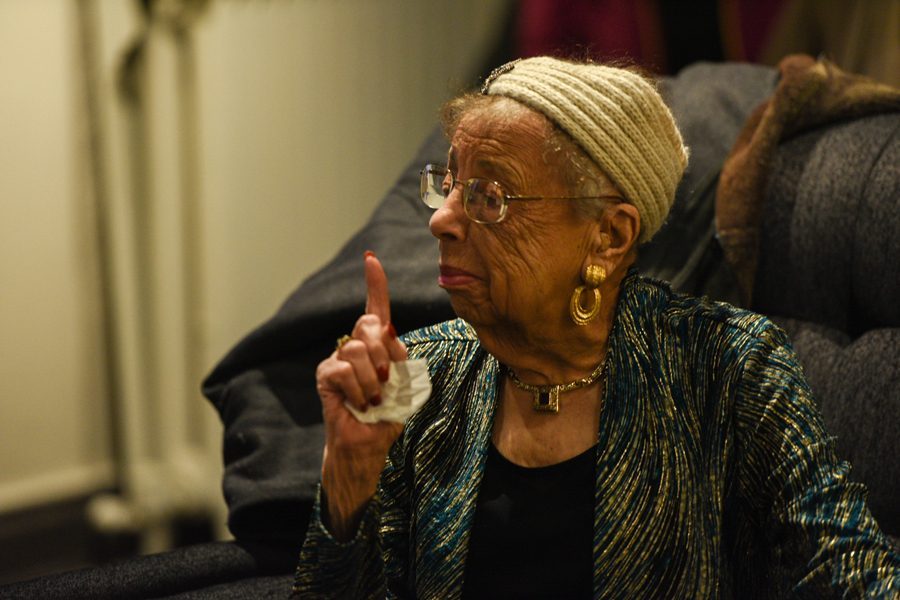 For Ald. Bobby Burns (5th), Lorraine Morton (SESP ’42) was not just a political mentor to whom he turned for advice — she also played a “grandmotherly role.”

The Lorraine H. Morton Civic Center, named in Morton’s honor, has been the subject of much debate within recent months in Evanston as city officials discuss relocating the center to a more sustainable and accessible location. However, some residents have opposed the move due to high costs and the building’s historical significance.

Almost four years after her passing, current leaders in Evanston’s political sphere said they continue drawing inspiration from her legacy as Evanston’s first Black mayor. Morton had a long history in both civic engagement and Evanston’s educational landscape, which continues to impact Evanston politics today.

Born in Winston-Salem, North Carolina, Morton first came to Evanston to receive her Masters of Arts in Education at Northwestern. She later returned to Evanston and worked as an educator for 30 years in Evanston-Skokie School District 65. She served as the first Black teacher in the district outside Foster Elementary school, which was segregated at the time, and later as principal of Haven Middle School.

In 1982, she was elected as alderman of the 5th Ward before becoming Evanston’s first Black mayor in 1993. Morton served as mayor for 16 years, while engaging in numerous community organizations and raising her family. Evanston’s civic center was renamed in her honor in 2009.

Those who knew Morton remember her as a vibrant personality and a force of change in Evanston. Reverend Michael Nabors works at the Second Baptist Church of Evanston, where Morton served as one of the church’s first female Deacons. Nabors described Morton as perceptive and brilliant, earning her the respect of her community.

“Lorraine Morton was proud as a pickle about living in the 5th Ward,” Nabors said. ”Her very presence and love for that ward really was exemplified in the way she carried herself. As a result of her being there, and also being the mayor, it changed the perception that people had of the ward, and particularly Church and Dodge [as] the most dangerous spot in the town.”

Morton used these skills to connect personally with Evanston residents on a daily basis, often inviting them into her home. According to Morris “Dino” Robinson, founder and executive director of Shorefront Legacy Center, Morton would routinely walk the streets of the 5th Ward and pull aside community members to give advice and life lessons, particularly if she knew they had tough personal situations.

“She never took off her mayoral hat,” Robinson said. “After hours, she was still doing mayoral stuff. That was her life.”

Much of Evanston’s economic development can be attributed to Morton’s networking skills, Robinson said. He remembered watching Morton transform an economically depressed city whose businesses struggled to compete with local malls into the thriving downtown hub of restaurants and business residents see today.

Morton oversaw brokering deals and development for new buildings, including the Century Theater on Maple Ave., and worked to create tax incentives to draw new businesses into the Evanston Downtown.

She also forged connections between NU and Evanston. While Evanston residents historically held resentment toward the University’s tax exempt status, Morton felt having a large body of research knowledge in town would benefit the city, appealing to residents with how the school’s presence would bring in more revenue over time than tax.

Nabors is among those who credit Morton’s groundbreaking role in paving the way for a new generation of African American leadership in Evanston.

Ald. Devon Reid (8th) said he finds inspiration from his Black political predecessors when tackling issues on the city council that have persisted for decades.

“It’s just invaluable knowledge and opportunity to reflect and learn from folks who are much, much wiser than I,” Reid said.

Burns, who also learned from Morton’s many life lessons, said he aspires to the level of efficacy and commitment Morton displayed for her community.

“She got things done, she brought people together and she got results for the community,” Burns said. “As contentious as politics can be, she still, through it all, remains a fond memory for so many people in Evanston, which I think is exactly how I want to end my political career.”

—Lorraine Morton had many titles. Mayor was only one of them

—Hundreds celebrate Lorraine Morton, who broke down racial barriers, offered wisdom to many

—Evanston Civic Center to be renamed after former mayor Morton