Small but mighty: A look into Northwestern’s Debate Society 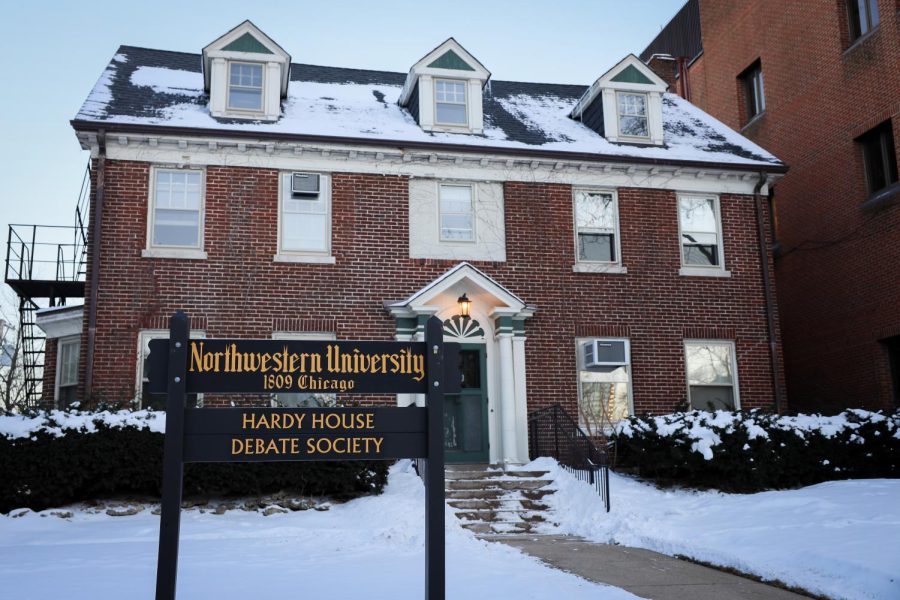 The Hardy House, which houses the Debate Society. Members often meet here to run practice drills and research together.

As a 15-time winner of the National Debate Tournament, the Northwestern Debate Society is one of the most successful debate teams in the country. The 10 students on the team spend months researching and preparing for national competitions throughout the school year.

Although the team is open to all students, members said they had difficulty figuring out how to join. The program, which is part of the School of Communication, doesn’t have a Wildcat Connection page or social media. However, after becoming members, students said they enjoyed finding community and learning from experienced coaches.

However, Liao said the team’s recruitment process felt confusing to her.

While debating in high school, she received Northwestern Debate Society Director Daniel Fitzmier’s email from a friend who was “much more connected to the whole debate community.”

“When I got here, I found so many other people who wanted to join the team but didn’t know how, so I gave them their contact info,” Liao said.

Weinberg freshman Kevin Kim, Liao’s debate partner, said he was accepted onto the team after he emailed in August. However, he didn’t receive more information about how to join until four months later, so he and Liao joined during Winter Quarter.

Once Liao joined the team, she said the environment felt welcoming.

“They’re super nice, they love to have new people join,” Liao said. “Everyone on the team seems to be very friendly, very open … and down to talk.”

The team has its own building on campus, the Hardy House. It also pays for all its tournament fees and expenses.

Kim said he felt very supported by the team.

“In high school, no one made your own evidence for you, you had to do that yourself,” Kim said. “The coach to student ratio is really low (here), so we get a lot of support before rounds and after rounds. I think that’s one of the best parts about Northwestern Debate.”