Amid ongoing push for AASP departmentalization, alum David Kan speaks about 1995 hunger strike for the program 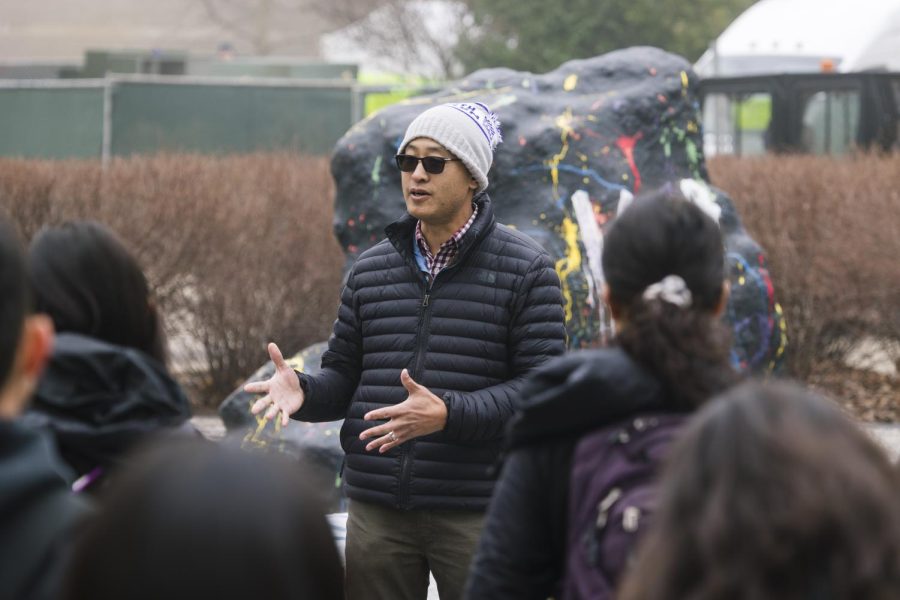 David Kan (Weinberg ’95, Feinberg ’99) participated in a hunger strike to advocate for an Asian American studies program in 1995.

While he was an undergraduate at Northwestern, David Kan (Weinberg ’95, Feinberg ’99) didn’t eat for three days, striking with members of the Asian American Advisory Board to advocate for an Asian American Studies Program at the University.

He returned to The Rock on Tuesday to tell current NU students about his experience.

“It feels good to be back,” Kan said. “None of us expected anything to happen. The fact that there’s a program is a piece of my legacy here that I hope will outlive me.”

Four years after the advisory board’s strike, the University established the Asian American Studies Program. Now, more than twenty years later, students involved in the program are advocating for departmentalization.

After speaking to about 30 students by The Rock, Kan walked the group to the advisory board’s former office at Norris University Center.

The advisory board organized seminars about Asian American history and taught in the basement of University Hall. Kan said the group asked administration repeatedly for an Asian American Studies Program, but administrators said they did not see the need for such a program.

In response, Kan and his group began a hunger strike to pressure the University into starting the program April 12, 1995. A group of about 150 students marched from The Rock to the Rebecca Crown Center, Kan said, chanting “No Program, No Peace” and other slogans.

Seventeen students, including Kan, participated in the hunger strike, though Kan said 60 more fasted for one day.

“The longest-lasting striker lasted for 12 days,” he said. “All of a sudden, we were getting interviewed. It was the early days, there was no Twitter, no way to make anything go viral. But we went viral.”

Kan said forming a coalition was imperative to the group’s success. AAAB joined with LGBTQ+, Latine and Black students, among others, to advocate for the program, he said.

“We’re really forming a coalition right now,” Ng said. “We’re concerned if we come with our own asks, they might be shoved down. This university is resource rich –– there’s plenty of space for us to work together and all have our own departments.”

William Paik (Weinberg ’20) is a staff member in the Asian American Studies Program. Paik, who first met Kan a year ago working on a research project on the 1995 hunger strike, said events like this help renew institutional memory so current students know what happened in 1995.

Paik said he combed through studies, newspapers and tapes from the strikes and was shocked by what he called “casual racism” on campus.

“You’d have these neuroscience professors just writing opinion pieces about why there shouldn’t be Asian American Studies,” Paik said. “It’s not even just an ‘I disagree with the principles of the hunger strike,’ it’s ‘I feel the need to mock this hunger strike.’”

Kan said he appreciated the opportunity to speak with students and reflect on the ways his college experiences have informed his current work as an addiction psychiatrist.

“Taking away from my experience, I realized that my voice could carry, my voice could be powerful. There’s at least seven pieces of legislation I was the leading expert on,” Kan said. “It all started here at this rock, and I’ve been able to help save lives.”