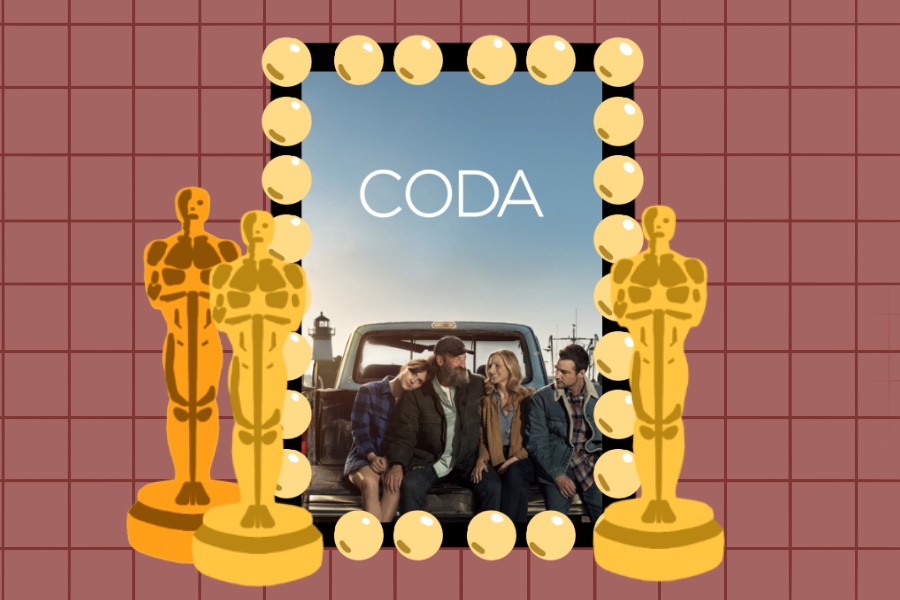 Navigating high school, familial relationships and plans for the future — this year’s Academy Awards Best Picture winner seems like a standard coming-of-age tale. But “CODA,” an abbreviation for child of deaf adults, incorporates a level of representation for the Deaf and CODA communities that is uncommon in the film industry, yet is key for adequate inclusivity.

The Rossis run a fishing business, and sometimes struggle to comply with fishing boat regulations, like answering radio calls, without Ruby’s help. But Ruby’s true passion is music — she sings, joins choir and gets help from her choir teacher to prepare an audition to apply for the Berklee College of Music.

For Ruby, it’s tough balancing her singing aspirations with the demands of fishing and interpreting speech for her family. The movie tackles topics including dreams and sacrifice, and Ruby Rossi initially decides to stay with her parents rather than apply to college.

But in a last-minute turn of events, the family rushes to Berklee just in time. The audition starts off rough, but by the end, her family has snuck onto the balcony to watch. She begins singing and signing the words to Joni Mitchell’s “Both Sides Now” with palpable passion and confidence

It was a stark contrast from Ruby Rossi’s previous concert where the audio cut in and out to represent her family’s experience, showing how they looked for visual cues, like audience members smiling or crying, to gauge the performance.

But “CODA” is not just emotional. It’s packed with humor from the members of the hilarious Rossi family, who use Tinder at the dinner table and make dirty jokes.

“CODA” premiered at the Sundance Film Festival, prompting Apple Inc. to spend $25 million on the rights. It was based on the 2014 French-Belgian movie “La Famille Bélier.”

The movie’s success is historical for the Oscars. Troy Kotsur, who plays Ruby’s father, is the first deaf man to win an acting award from the academy. The movie is also the first Oscars nominee with a predominantly deaf cast.

There’s no doubt including Deaf representation and American Sign Language in plotlines, and representing mostly deaf individuals on cast, is valuable for the community. Some members of the Deaf community have praised “CODA” for its representation and perspective.

Yet “CODA” is not without flaws. Some deaf individuals have shared concerns that “CODA” reinforces the stigma that Deaf people cannot function independently in a world without the aid of a hearing person, like Ruby. In the movie, Ruby’s brother Leo (Daniel Durant) even shares this frustration about feeling treated as too reliant.

Some critics also say “CODA” is too negative about Deaf experiences — they say the movie characterizes being a CODA as a burden, displays inaccuracies about situations needing interpretation and diminishes Ruby’s parents’ ability to connect with and understand her musical passion.

— Reel Thoughts: “Euphoria” season two proves the show is brilliant, but not for everyone

— Reel Thoughts: On “Inventing Anna” and femalefrauding too close to the sun