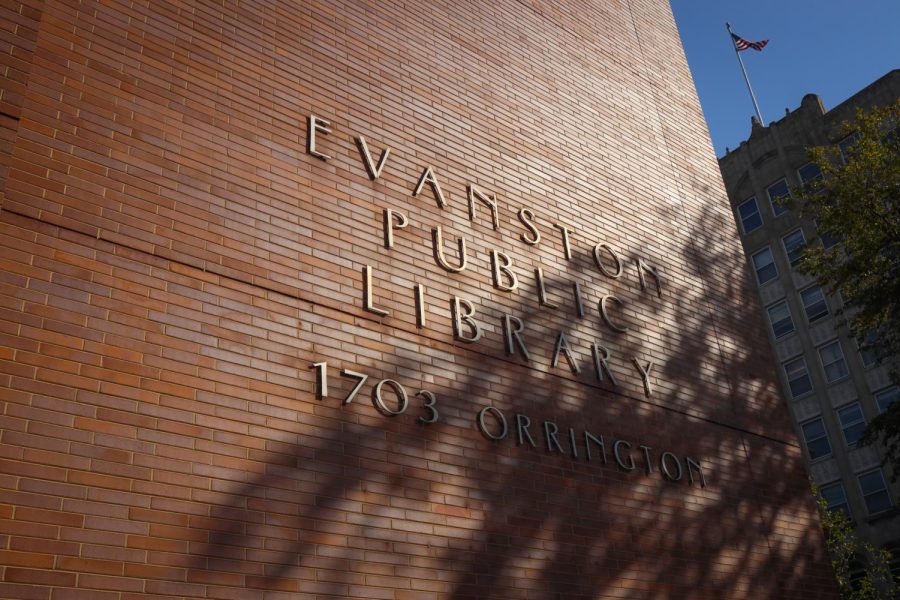 Slimy insects, invasive species and hidden foxes brought home the prize this week as some of the subjects of Evanston Public Library’s inaugural class of Blueberry Award-winning books.

EPL designated 26 awardees, including one winner and six Blueberry Changemaker honorees, for excellence in ecologically-focused children’s literature intended to strengthen young readers’ connection with nature and encourage stewardship of the environment.

This year’s winner, “How to Find a Fox” by Kate Gardner, walks children through an exploration of different ecosystems in search of red foxes.

It’s unusual for libraries to announce literary awards themselves, according to EPL Collection Development Manager Betsy Bird. The most well-known honors in children’s literature, including the Newbery Medal and Excellence in Early Learning Digital Media Award, are generally coordinated by the American Library Association.

To EPL staff, the Blueberry Awards present a unique opportunity to build Evanston’s reputation as a changemaker in national media and occupy completely new ground in literary awards, as no other youth literature awards in the country currently focus on nature.

Over the course of each year, a committee of eight — five librarians, two additional EPL staffers and Karen Taira of the Evanston Environmental Association — maintain a shared document where they review potential winners. The committee meets in person three times a year to compare notes and choose their favorites.

All 2021 Blueberry Award honorees were published throughout the year and are geared toward children in the age range of four to 10. According to EPL Library Assistant Martha Meyer, who first proposed the awards, the committee doesn’t formally ask for submissions, instead sourcing their own titles from book lists and other projects. However, Bird said a few authors reached out after reading about the award on her popular school library journal blog, Fuse #8.

“We’ve had a lot of librarians tweeting that they’re going to be purchasing for their system,” Bird said.

Meyer said the list, which spans a wide variety of genres and topics, is intended to engage thoughtfully and appropriately with children’s existing knowledge and instincts about the environment. Young children often develop specific interests within the natural world, she said, but also begin to develop anxiety about climate change.

As an educator, she said she often feels the most meaningful way to advocate for the environment is to help younger people feel knowledgeable without becoming traumatized.

“Children sometimes have an outsized effect,” said Meyer. “We bet too much on them and put too much pressure on them, but … they inspire us in ways that fellow adults cannot, and they also bring a freshness to the struggle.”

While it’s important to address sensitive topics in science with young readers, Wilcox said she sometimes faces difficulties in promoting her work and reaching parents. As a result, she was especially excited to have her work highlighted by the Blueberry Awards.

“Bookstores stuff it away in corners where nobody will see it,” Wilcox said. “A lot of people just don’t really want to talk about this stuff because it’s hard, it’s scary and it’s frustrating.”

The committee recently expanded to welcome Ethan Johnson, a program instructor at the Evanston Ecology Center, as well as Cara Pratt, Evanston’s sustainability and resilience coordinator. Meyer said the committee draws on science to ensure winners are not only visually delightful, but also factually accurate.

Blueberry Changemaker awardee Curtis Manley based his book, “The Rescuer of Tiny Creatures,” on his childhood. Manley also comes from a science background and hopes to help children engage with the science behind the tiny creatures he once encountered, including earthworms, millipedes and biting dragonflies, he said.

As the newly-expanded committee gears up to review potential 2022 awardees, they are focusing on selecting books with diverse representation, featuring at least 50% non-white main characters in their selections for this coming year. Meyer said the committee prioritizes allowing children of all backgrounds to see themselves represented by Blueberry winners.

The committee will also look at types of environmental science not covered by 2021 winners, including native bee populations.

“Children are one of our hopes,” said Meyer. “So don’t they deserve the very, very best that we can give them in terms of helping them connect to the natural world?”